Noodles are also an important part of Japanese cuisine. Not only are they a Japanese staple, but different types of noodles are also enjoyed for certain celebrations and during specific seasons.

Ramen, soba, and udon noodles are some of the most recognizable Japanese noodles. These noodles are amazing when enjoyed fresh, but they can also be found dried in supermarkets and convenience stores.

So, the ultimate showdown: ramen vs soba vs udon. What are the differences between the three, and how do you enjoy them?

From hot soups to chilled noodles, tons of dishes are associated with each of Japan’s noodles. Check out this guide to three of our favorite types of Japanese noodles and the different dishes that highlight them. 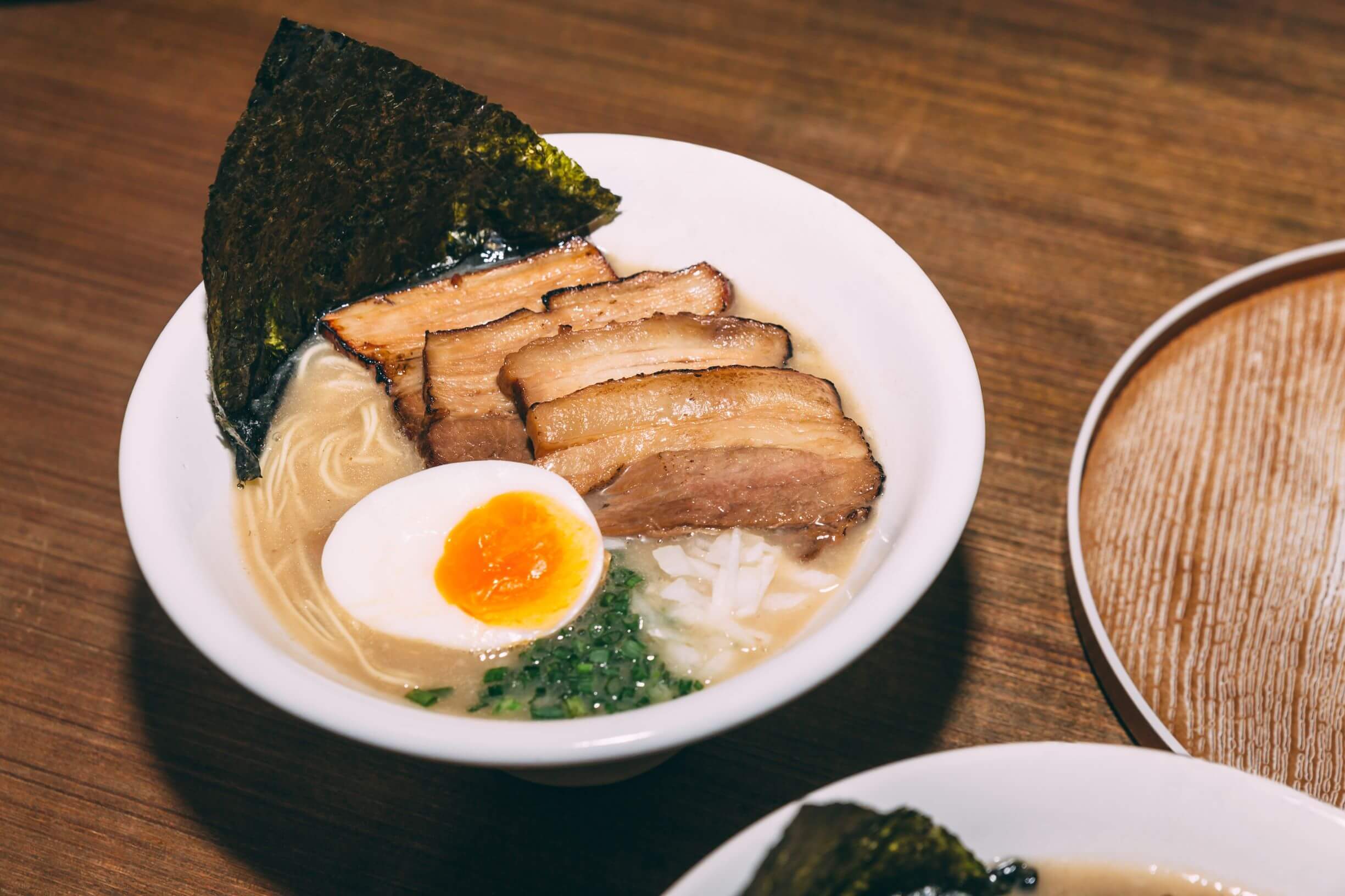 What is ramen? Arguably the most famous Japanese noodle, ramen is also one of Japan’s most iconic and popular foods. Derived from a similar Chinese noodle dish in the late 19th century, ramen was born. Shortly after their arrival, Chinatowns started popping up in Japan, where one of the dishes they served was noodles soaked in broth soup. The locals didn't take long to create their own version, with Rairaiken opening the first ramen noodle shop in Tokyo. Thus, the ramen noodle was born.

Ramen is a thin, pale yellow, wheat-based noodle known for its firm texture and curly/wavy shape. The noodles are typically found in soups made with meat (like chicken, pork, etc.) or fish-based stock, although vegetarian versions are available too. The most important thing to know about ramen is that it is not an egg noodle nor a rice noodle— just wheat flour, salt, water, and kansui, or lye water.

The ramen broth is flavored with additions like soy sauce or miso along with edible kelp called kombu or dried seaweed called nori. Ingredients like katsuobushi or bonito flakes add fishiness while shiitake mushrooms add earthy, umami flavors. Other toppings include scallions or green onions, narutomaki or fish cake, as well as proteins like sliced meat and halved boiled eggs. But ramen noodles can also be stir-fried, which you can eat as Yakisoba noodles.

Each region of Japan has its own version of the ramen noodle, highlighting regional and/or seasonal flavors, like Kyushu's tonkotsu, or pork bone broth ramen, and Hokkaido's miso ramen. And there are even different styles of ramen wheat noodles depending on the characteristics of the broth. Thick noodles pair better with a miso broth than a shoyu or soy sauce broth, which pairs well with thin noodles.

Ramen was originally sold via food stalls and ramen shops, but versions of the dish can now be found in restaurants around the world, ranging from affordable to high-end.

Instant ramen is another popular version. Dating back to 1958, instant ramen noodles have become a globally-recognized product that’s still popular today. All you need to do is add boiling water to the dried noodle and broth powder, and you'll have a simple and delicious snack or meal in minutes. 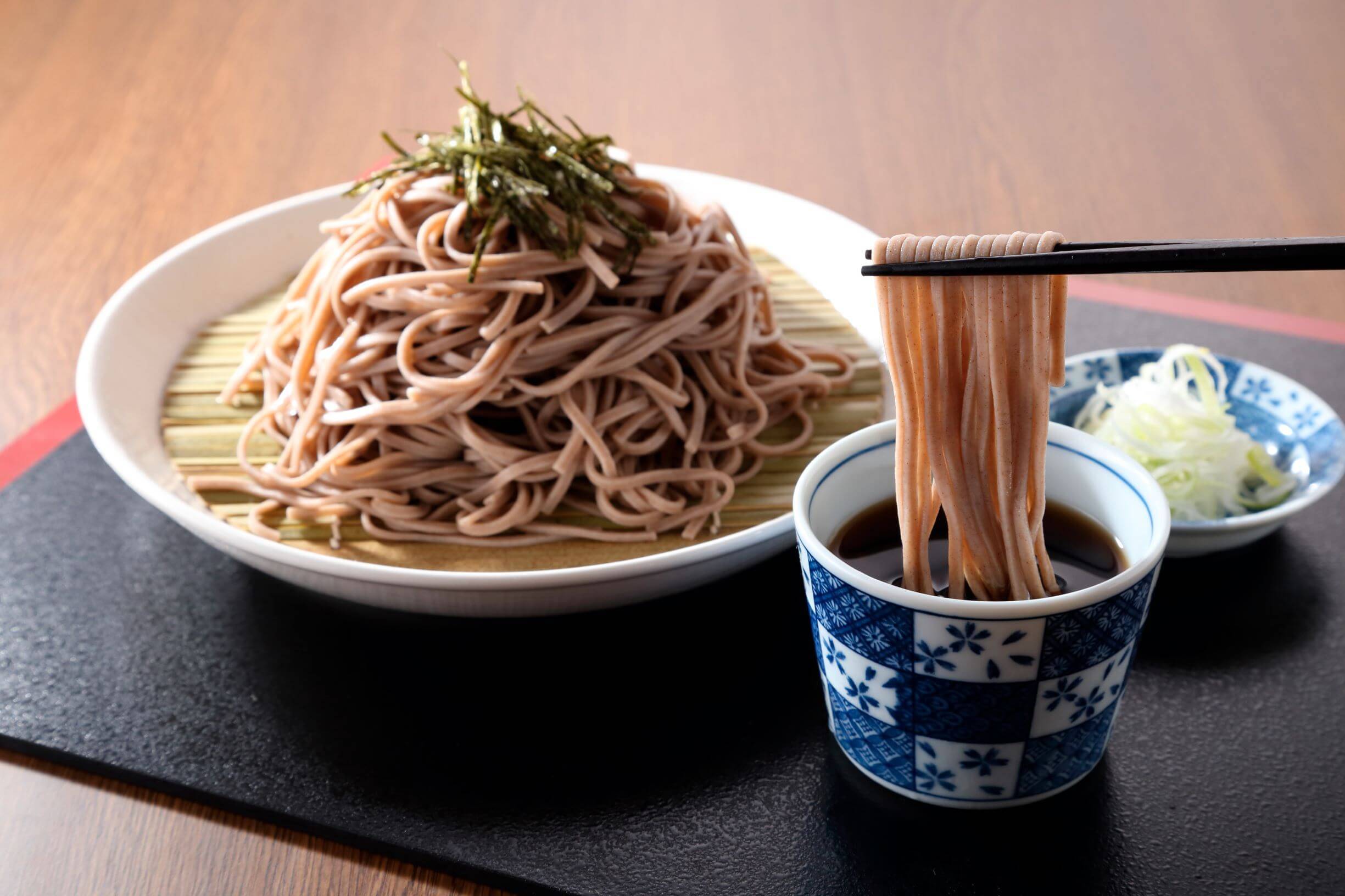 Made from a mix of wheat and buckwheat flour, Japanese soba noodles are thin in shape and grayish or brownish in color, depending on the amount of buckwheat used. The exact ratio of buckwheat to wheat flour varies a bit between makers. Soba noodles are typically served either hot in a broth or cold with a dipping sauce called tsuyu.

One important dish featuring soba noodles is Toshikoshi Soba, which is eaten to celebrate New Year’s Eve in Japan. The length of the noodles represents longevity and, because the noodles are easy to cut, signifies letting go of past hardships.

There are many other popular buckwheat soba noodle dishes. First, there’s Tempura Soba, also called Tensoba, which can be served as a hot soup or cold noodle dish. Both variations are topped with tempura-fried shrimp or fried fish cakes called satsuma age, depending on the region.

Next, there’s Matcha Soba, a dish that comes from Uji, a city located south of Kyoto that’s famous for their matcha tea. These noodles are made by mixing buckwheat with matcha tea power, which gives the noodles a green hue. Matcha soba noodles are mostly enjoyed cold, with wasabi and tsuyu dipping sauce as popular sides.

Another type of soba noodle is Wanko Soba, which originates from Iwate Prefecture. Eating Wanko Soba is a unique experience, because the noodles are served one small bowl at a time. The goal is to eat the noodles quickly, since your bowl is repeatedly refilled until you are full. 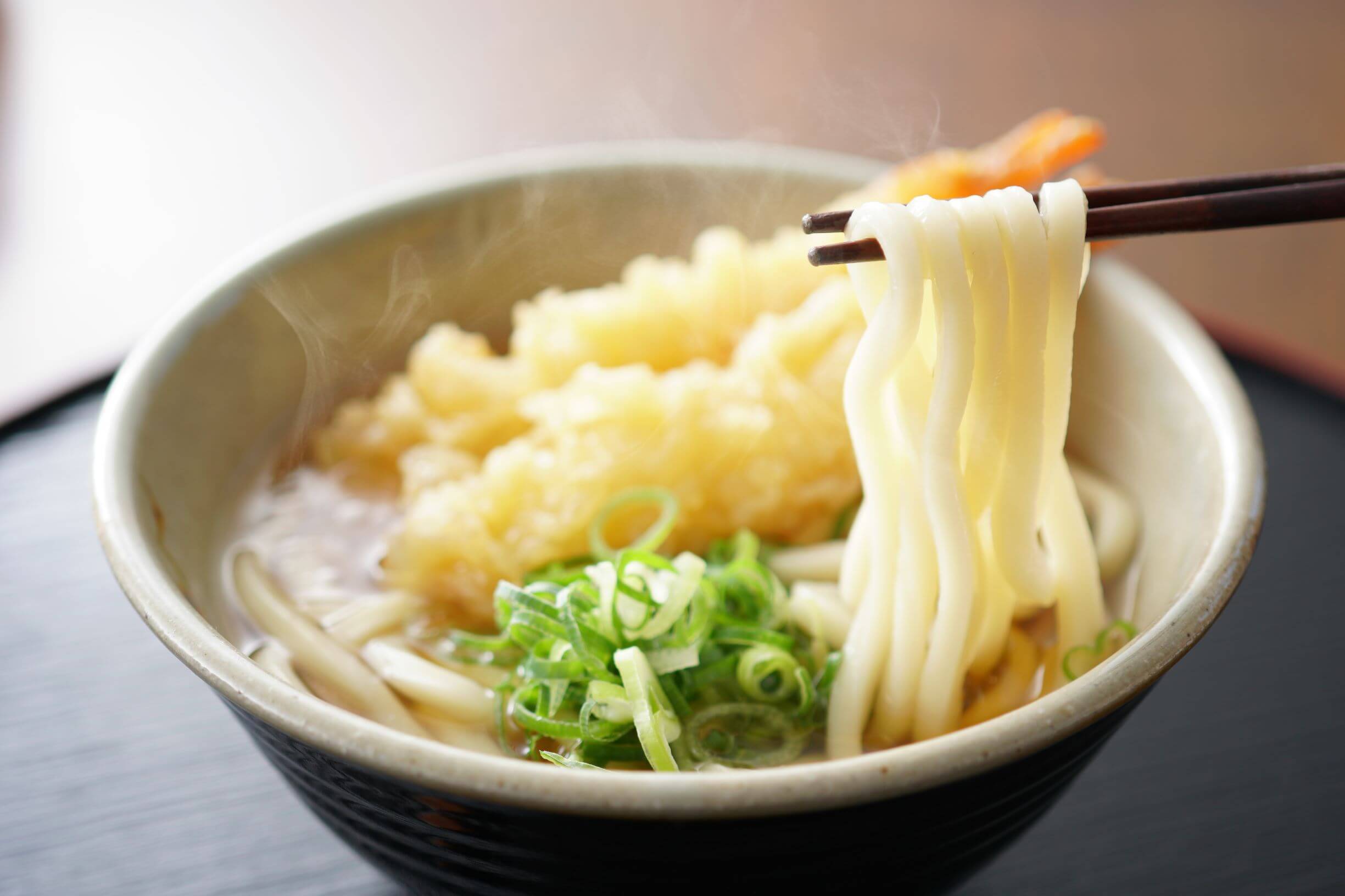 The thickest of Japan’s noodles, udon, are white, wheat-based Japanese noodles. Depending on the season, udon noodles are either served cold with dipping sauce—when it’s warm outside—or in hot dishes and soups—when it’s cooler.

Just like ramen, the flavor profiles of udon soup broths vary region-to-region across Japan. Although, one notable trend is that broths are typically darker in eastern Japan thanks to the use of dark soy sauce, also called koikuchi shōyu. ﻿﻿﻿In contrast, broths tend to be lighter, due to the use of light soy sauce or usukuchi shōyu, in western Japan.

Three other popular udon dishes are Kitsune Udon, or “fox udon,” Chikara Udon, and Curry Udon. Kitsune Udon is a meatless soup that’s topped with fried tofu. Wondering what this soup has to do with foxes? According to Japanese legend, fried tofu is supposed to be a fox’s favorite food. Chikara Udon also has an essential topping. This dish, also called “power udon,” is a dashi-style noodle soup that’s topped with mochi, which is meant to melt into the warm broth. Curry Udon is a spicy and comforting dish made with Japanese curry roux. Another udon dish worth mentioning is Yaki Udon; unlike the previous ones that have broth, Yaki Udon is a stir-fried dish with meat and vegetables.

One other wheat noodle dish popular in Japan but relatively new elsewhere are somen noodles. Hiyashi Somen, a cold noodle dish, is eaten during the Tanabata Festival.

Who doesn’t love noodles? Between curly ramen, buckwheat-y soba, and thick udon noodles, it’s difficult to choose a favorite. Of course, there’s no need to have only one. With all the hot and cold varieties of each of these types of Japanese noodles, there are endless possibilities for your next snack or meal.

WHAT'S THE DIFFERENCE BETWEEN UDON AND SOBA?

There are a few main differences between these delicious noodles, including the ingredients they are made of, their thickness, and their appearance. Udon noodles use saltwater and flour to create a pure white noodle that is thicker and has more chewiness than soba.

Soba noodles are created using a combination of water, wheat, and buckwheat flour, and they're much thinner in comparison. You can recognize this type of noodle's light brown hue in soups and other soba recipes. A final difference between these varieties of noodles is the flavor. Udon noodles offer a subtle taste, while soba noodles present a more robust earthy flavor and nuttiness.

HOW ARE UDON NOODLES MADE?

Combine wheat flour, salt, and water in a bowl to make Udon noodles. After the dough has come together, it is kneaded, rolled out, left to rest, and then cut into thick 1/4" noodles. The final step is boiling the noodles before adding them to soup or dipping them in dashi.

HOW ARE SOBA NOODLES MADE?

Soba noodles are made similarly, though the dough takes longer to form due to a lack of gluten in buckwheat. Using the minimum amount of wheat possible when combining the ingredients is essential, though it is necessary to have some form of gluten for easier dough rolling.

After adding the ingredients into a large bowl, kneading occurs until the dough forms. Next, either Edo-style or country-style rolling happens. Edo-style uses three rolling pins and is incorporated when there is a lack of kitchen space. Afterward, the dough is rolled out thinly, cut, and stored (or dried, then stored) until use.

HOW CAN YOU COOK WITH UDON?

Now that you’re hungry, here are some ways to enjoy Udon noodles. They range from hot to cold dishes and are incredibly tasty.

Simple but delicious. Noodles are added to a bowl and topped with tsuyu, a mild broth in this version. The toppings are very minimal and change depending on which region you consume this soup.

This version includes stir-fried noodles with seasoning, meat, and veggies and is topped with sauce made from soy sauce.

Zaru indicates a special bamboo mat that is used as a serving platter for noodles. They are chilled, then topped with seaweed on zaru. Tsuyu broth sits on the side as a dipping sauce.

HOW CAN YOU COOK WITH SOBA?

This dish is very similar to kake udon, though you'll find soba in this noodle soup instead.

Kitsune is a variety of kake soup; this version offers a topping of fried tofu.

This dish is similar to yaki udon, except using buckwheat noodles as a replacement. Usually, dipping sauces are on the side as well.

Now that you've gotten to know your noodle types, learn how to eat tsukemen!