The Tanabata festival, also known as the Star Festival or Hoshi Matsuri, is a traditional summertime celebration in Japan. Tanabata means “evening of the seventh,” but the festivals can take place on multiple days sometimes starting as early as July 7 and as late as the end of August. The exact date varies by region, depending on which calendar is being followed, the Georgian or lunar calendar.

The Tanabata story originated from a Chinese legend called Qixi. Though the details of how this festival is celebrated differ a bit across the country, they all feature colorful decorations, have rich origins, and honor a legend about two lovers. 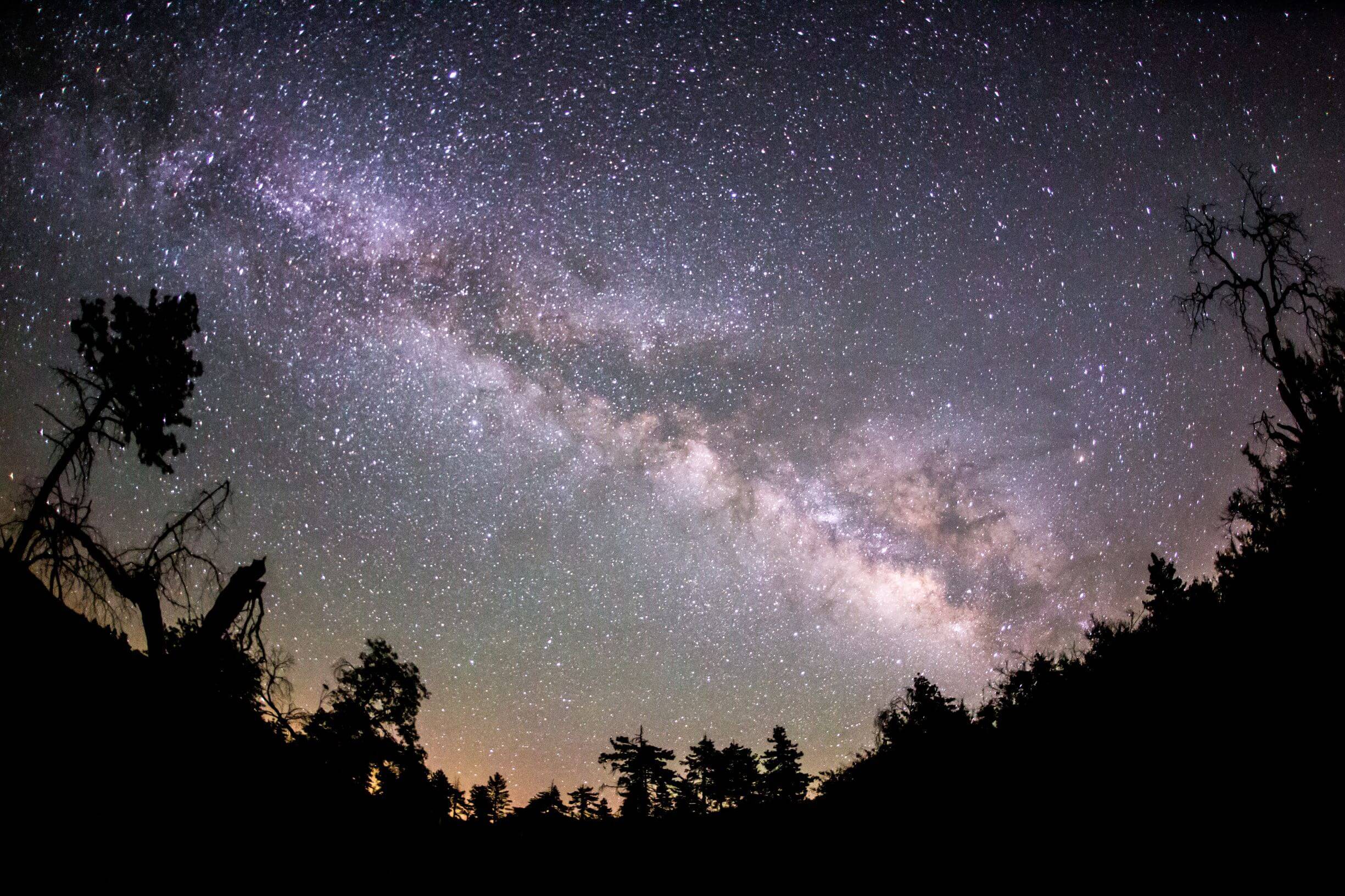 Based on a Legend

The Tanabata celebration is based on a legend about two lovers represented by the stars Altair and Vega. The stellar tale begins with two “star-crossed lovers” who are only allowed to meet once a year.

In the tale, a noblewoman named Princess Orihime (Vega) and a cow-herder named Hikoboshi (Altair) fall in love. Distracted by their romance, the two start to neglect their duties. Orihime stops weaving and Hikoboshi’s cows are left to wander.

This angers Orihime’s father, the Sky King or Emperor of Heaven, who separates the two by widening the “heavenly river,” or Milky Way. It isn’t until Orihime’s father starts to feel remorseful that the two are allowed to meet annually, on the seventh day of the seventh month, as long as Orihime continues her beautiful weaving.

Japan has many other stories of deities and spirits, both good and bad. For stories about malevolent beings, check out our guide to Japanese demons 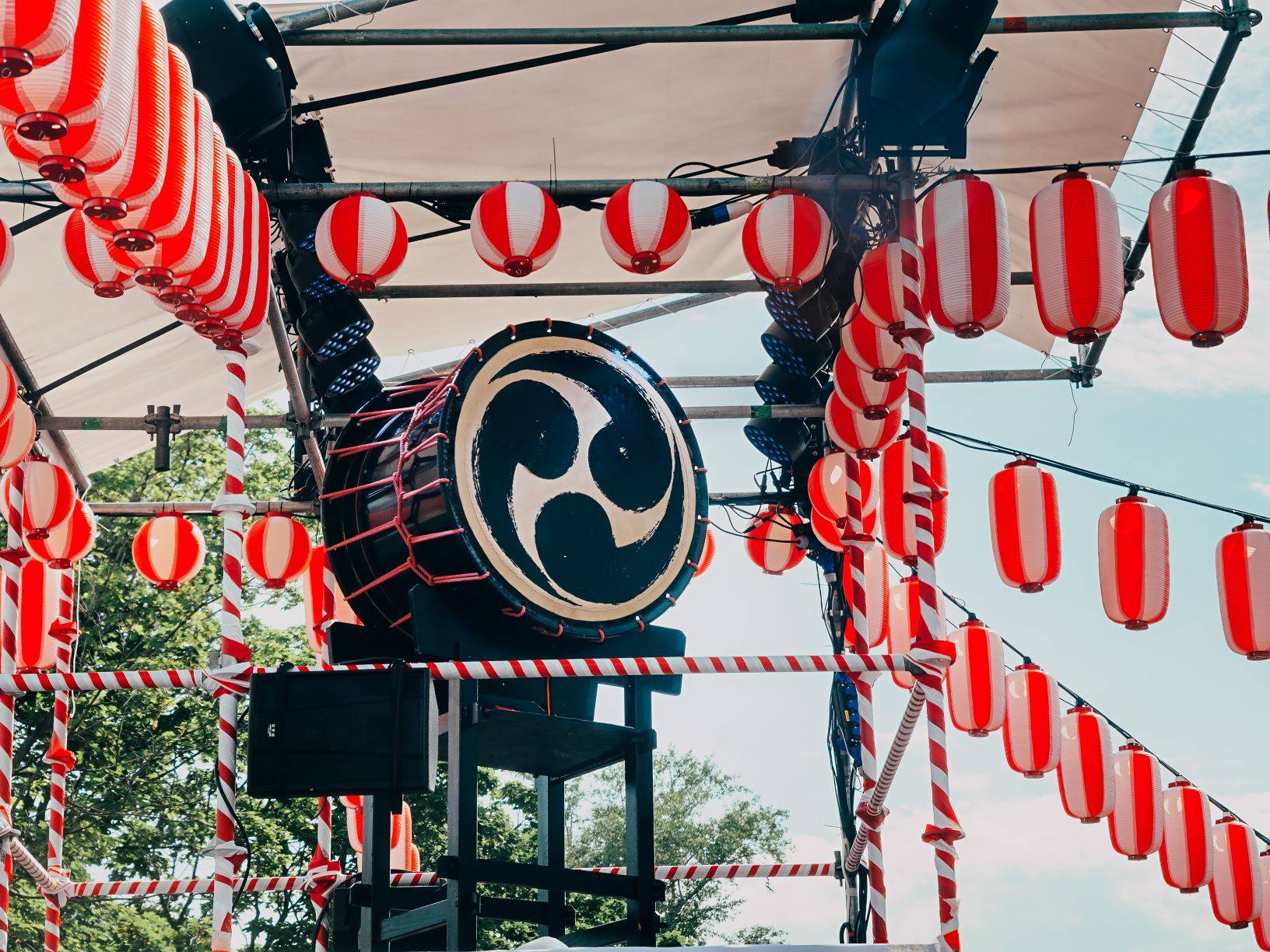 One of Japan’s five traditional seasonal festivals, or gosekku, Tanabata has been celebrated for thousands of years. It originated from the Chinese Qixi Festival, also known as “The Festival to Plead for Skills,” where girls and boys would write wishes on strips of paper.

Tanabata was introduced to Japan by Empress Kōken in 755. It was first celebrated by imperial court aristocrats who would stargaze, write poetry, and hold contests. The holiday became popular across Japan by the Edo period (1603-1868).

As it was accepted more and more by the general public, Tanabata traditions mixed with various Obon or “Bon” ones (which was originally held on July 15, but changed to August 15). This blend of traditions would become the modern Japanese Tanabata festival. 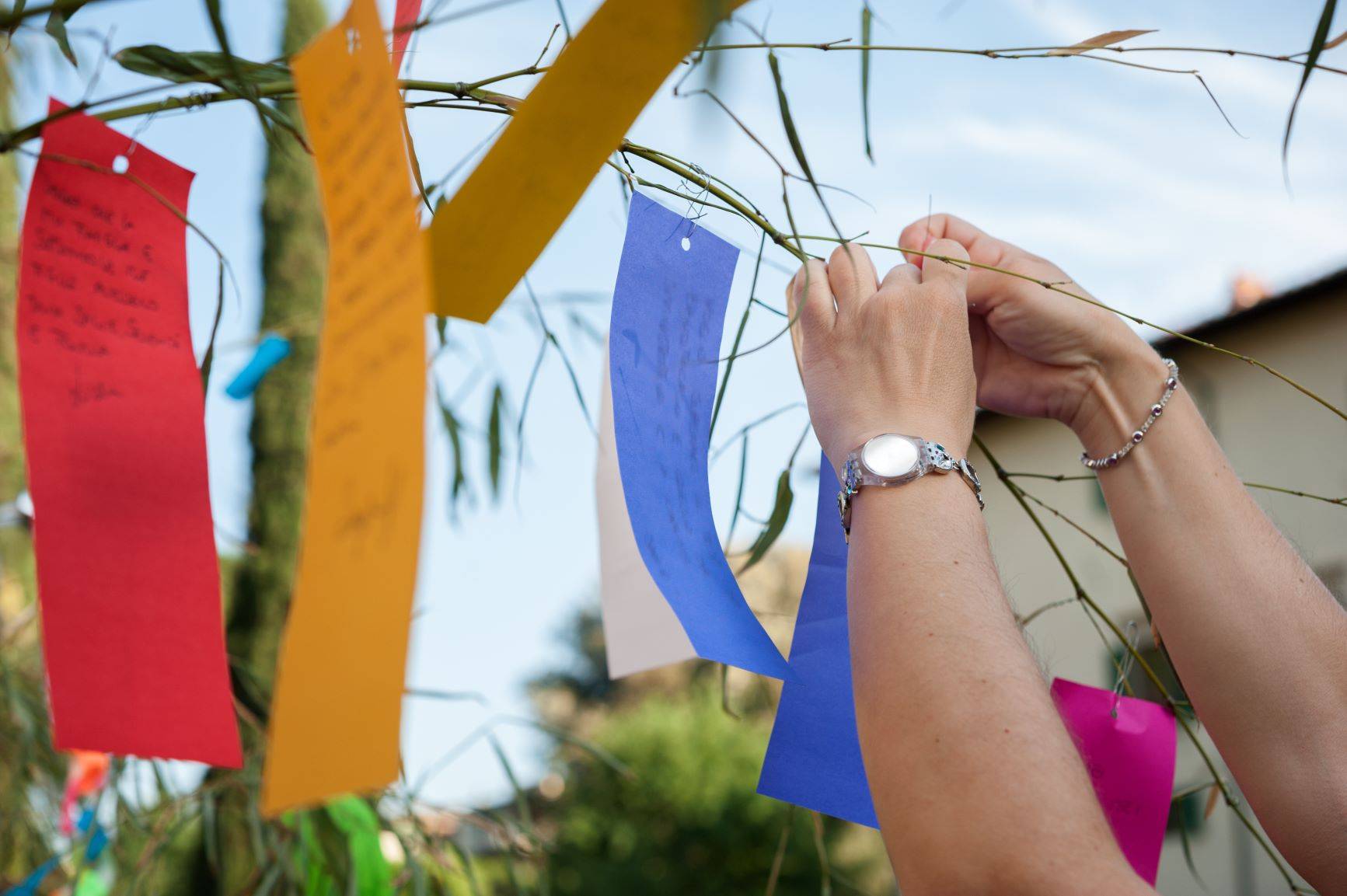 One of the most iconic symbols of the Tanabata festival are the long, thin strips of colored paper streamers known as “tanzaku.” These papers are hung from bamboo branches, along with other ornaments and origami. Bamboo poles are used in more urban settings, to help decorate shops, train stations, and other public spaces.

Just like in the olden days, it is customary to write a wish on the tanzaku. Since a bamboo tree grows so tall, the wishes are supposed to be able to reach the heavens, where deities can grant the wishes and/or ward off evil spirits.

Other traditional Tanabata decorations and talismans include hanging “kinchaku” bags for prosperity and folded cranes called “orizuru” that represent longevity. 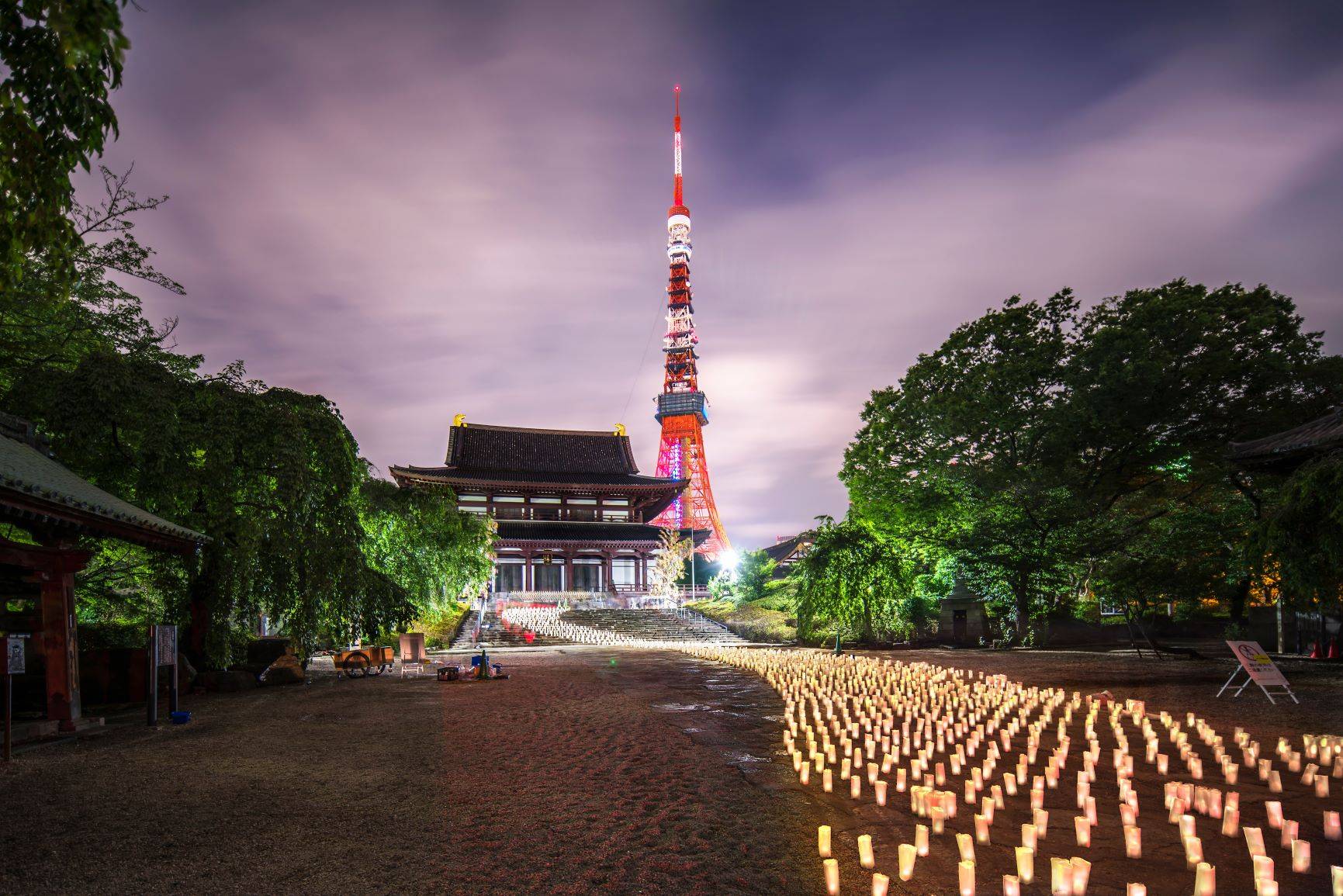 Tanabata festivals are held all across Japan, in and around shopping malls and along public streets.There’s one held at Zojoji Temple, which is located at the foot of the Tokyo Tower. While the Tokyo Tower no longer has the distinction of being the highest structure in town, that distinction now belongs to the Tokyo Skytree. However, it hosts a dazzling and impressive Milky Way Illumination event during the festival dates, with thousands of blue LED lights added to the ceiling of the observation floor to simulate a river of stars. Though many of these festivals feature outdoor stalls selling food, carnival games, and parades, some have more unique events too.

Many of these festivals feature outdoor stalls selling food including popular Japanese fruit and mochi. Passing through the stalls, you may wonder “What is mochi made of?” You’ll be delighted to hear that mochi is a sweet, soft and sticky treat made from sticky white rice. It comes in many flavors, both savory and sweet, so all can enjoy it.

One of the largest Tanabata festivals is the Sendai Tanabata Matsuri (Sendai Tanabata Festival) in Miyagi Prefecture, which are held August 6 through 8. This festival usually kicks off with fireworks on August 5.

Other locations have their own traditions. At the Shōnan Hiratsuka Tanabata Matsuri, music and dance performances are held. Osaka celebrates Tanabata by creating their own “Milk Way” and floating thousands of blue lights on the Okawa River. The Anjō Tanabata Matsuri, held in August in Aichi Prefecture, features a parade. 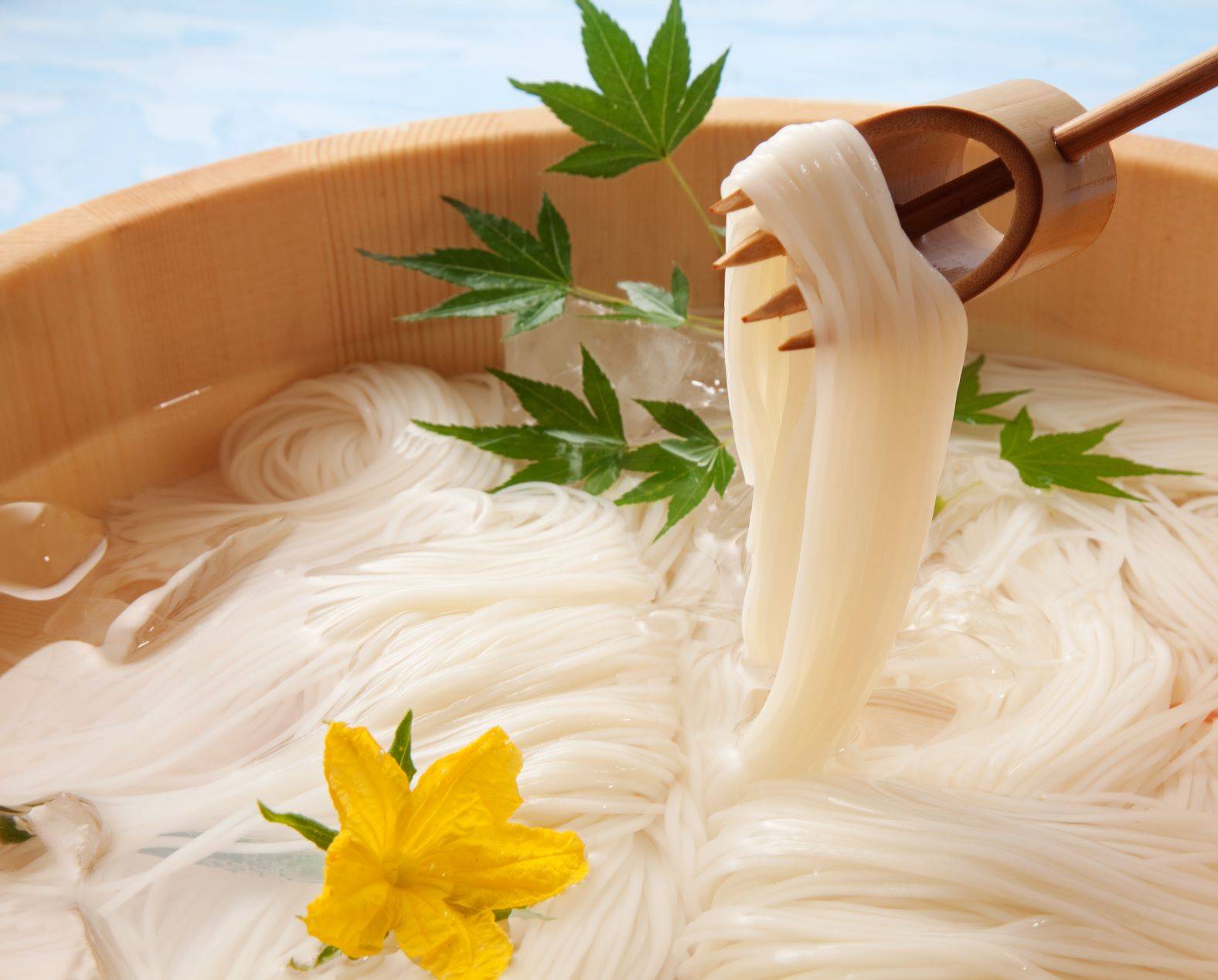 Food stalls called “yatai” sell sweet and savory street foods during all kinds of Japanese festivals across the country. The Tanabata festival features its own traditional foods.

Cold sōmen noodles are popular during the summertime Tanabata festival. These long, thin noodles represent the Milky Way as well as the threads weaved by Orihime. They are served with a light dipping sauce and sometimes garnished with star-shaped slices of boiled okra for kids.

Other foods enjoyed during Tanabata are Takoyaki or “octopus balls.” They are fried dough balls encasing chunks of octopus. Another are Yakitori, grilled chicken skewers that are seasoned with salt or a sauce. There’s also Okonomiyaki, savory pancakes with ingredients and toppings varying from region to region. Last, but certainly not least, are Yakisoba, stir fried noodles with additions like meat and/or vegetables served in a sweet and savory sauce.

A traditional summertime festival held during and around the seventh of July and August, Tanabata is a celebration enjoyed across Japan. This “Star Festival” has rich origins that can be traced back thousands of years, to a legend honoring two star-crossed lovers.

See some gorgeous Tanabata decorations up close with our TikTok!