Shinto or shintoism is Japan’s oldest religion, dating back to the Yayoi period (200 BCE – 250 CE). With no founder or official sacred scriptures, Shinto is a flexible Japanese religion focused on purity and the respect for nature and ancestry. Japanese Shinto does not consist of strict rules and rituals, rather it is a way of life and focuses on morality and values. Shinto emphasizes personal virtues such as loyalty and honesty, and its followers aim to achieve makoto no kokoro, or “a heart of truth.” 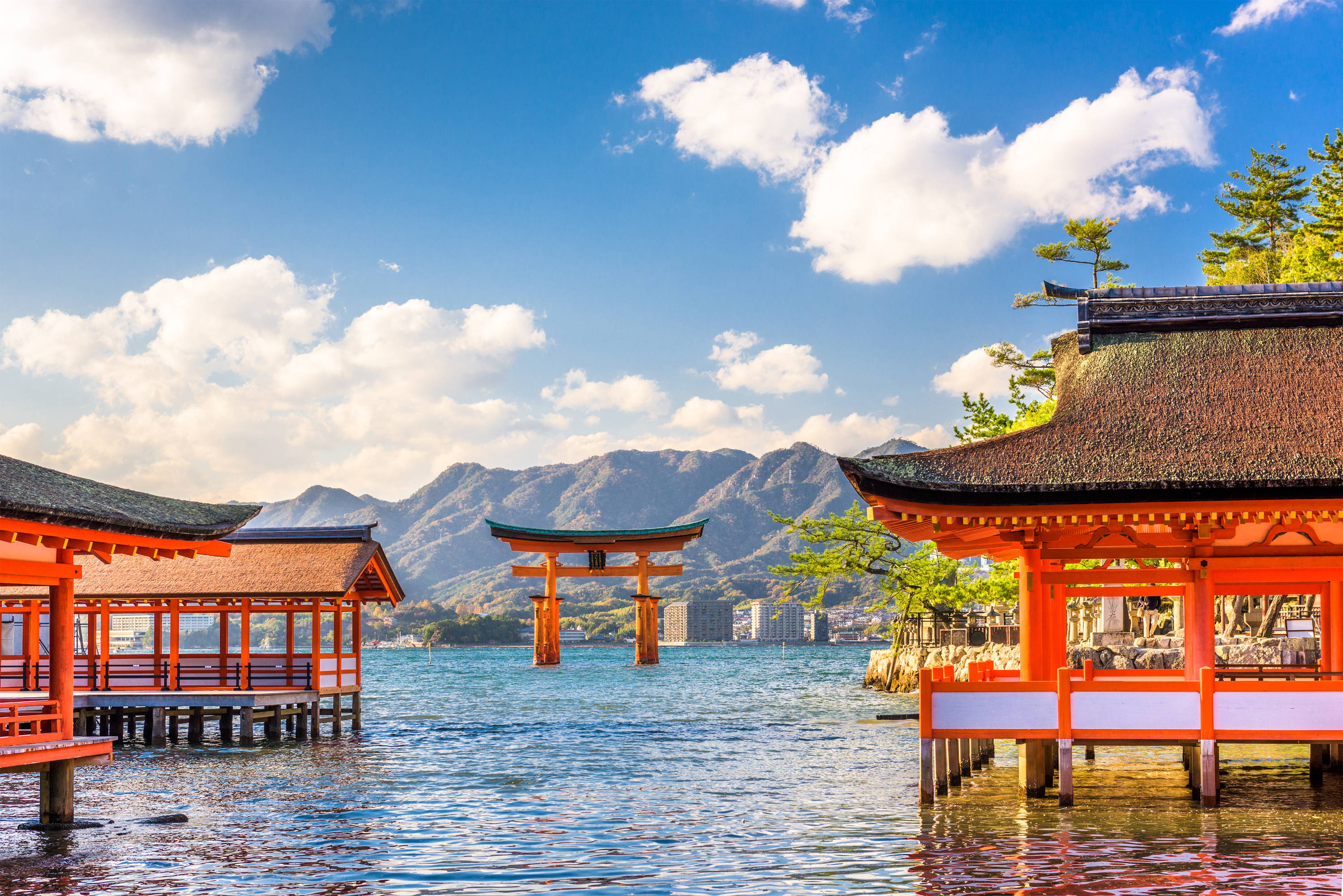 The beliefs and rituals of Shinto are primarily founded on creation myths of the Japanese Islands. Izangi and Izanami, or Heaven and Earth, are believed to have given birth to the Japanese Islands along with various kami, or gods. Shinto translates to “the way of the kami” and in Shintoism, all things, animate and inanimate, have their own kami. The kami are central figures of Japan’s religion and they represent various aspects of nature, including forces of nature, elements of the landscape, living beings, and humans who have passed on.

Kami can sometimes translate to “spirits” and unlike the gods of other religions, they are not omnipotent. Kami are also not inherently good—kami can be good or evil, and sometimes require the practice of purification rituals. There are eight million kami in Shinto religion, a specific number that equates to infinity in Japanese culture. Some familiar examples of kami can be found in many Studio Ghibli movies, such as the Forest Spirit in Princess Mononoke and the River Spirit in Spirited Away. 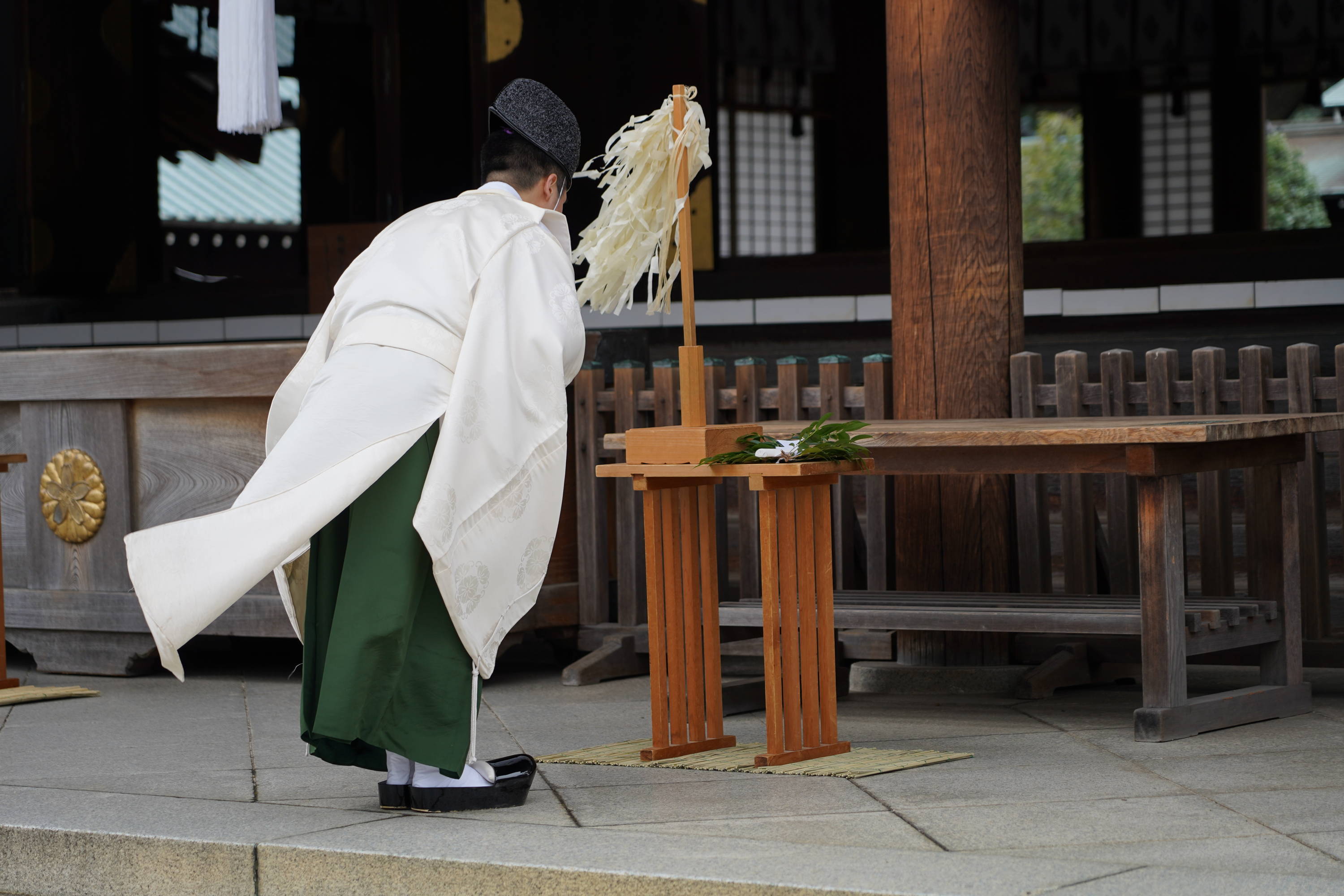 Shinto was Japan’s sole religion since ancient times, so the introduction of Buddhism to Japan had a great impact on Shintoism. In order to differentiate itself from Buddhism, Shinto was finally given its name at this time. Many Japanese people began to practice a combination of Shintoism and Buddhism. Shintoism is deeply rooted in Japanese values and traditions, meanwhile Buddhism offers more structure as well as rituals that did not exist in Shintoism, such as funerals.

In the Meiji period (1868 – 1912), the Shinto faith became the state religion of Japan. There was an effort to separate Shintoism from Buddhism, and emphasis was given to the Emperor’s divinity—early Shinto mythology asserted that the first Emperor of Japan, Emperor Jimmu, was a descendent of the sun goddess Amaterasu. Being a monarchy, all subsequent Emperors are also descendants of Amaterasu, and the Emperor of Japan can therefore always be seen as a representative of the kami.

After World War II, Shinto was separated from the state and Buddhism became more accepted once again. The Emperor was stripped of some of his power and became more of a symbol of the state than a political and religious leader. The Emperor was also forced to denounce his divinity, and since then, Japan’s Emperor is not necessarily viewed as a divine figure. The previous Emperor, Emperor Akihito, did not make any claims of divinity, nor did the current Emperor, Emperor Naruhito. 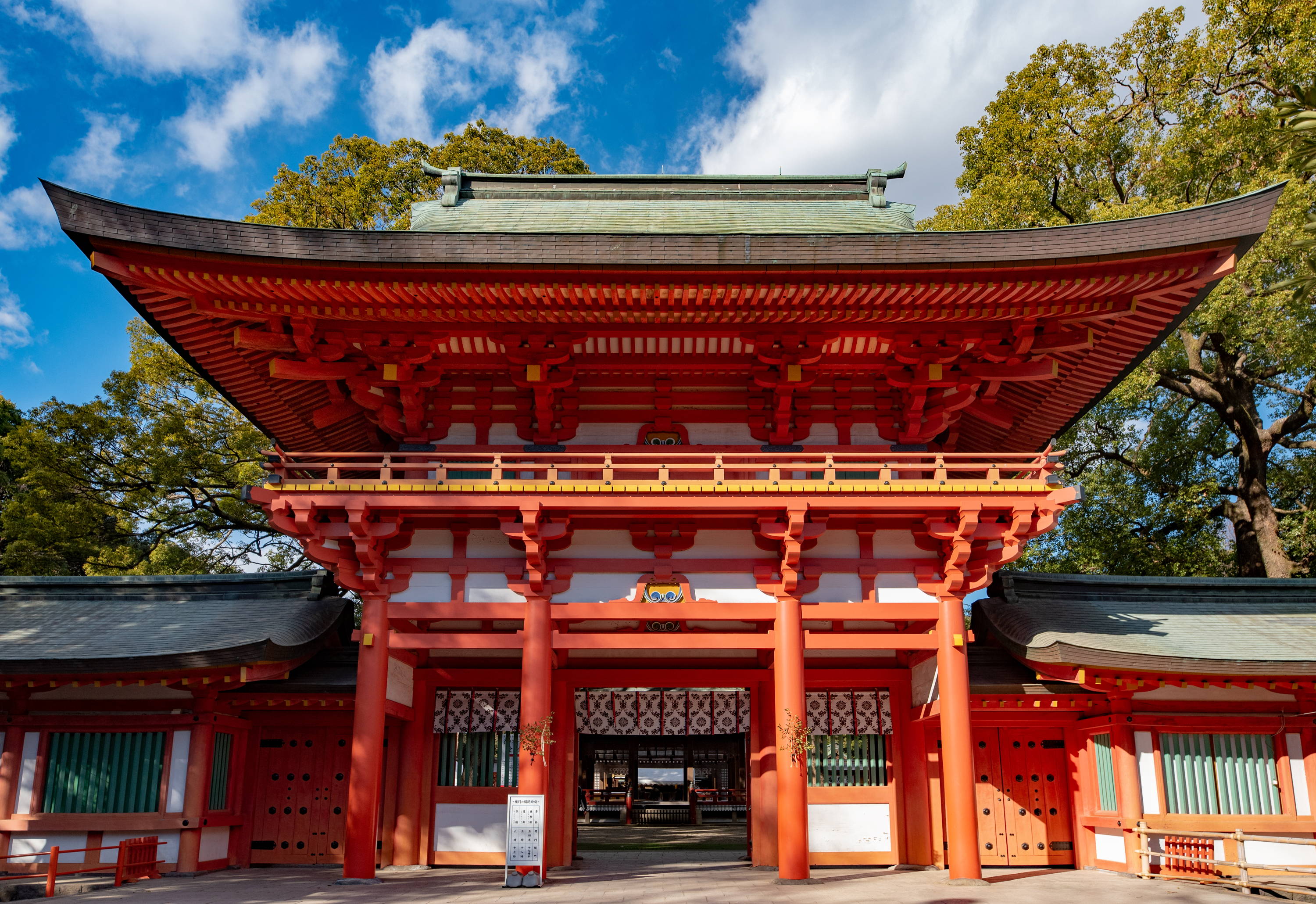 Although Japanese Shinto is often referred to in a broad sense, there are three major Shinto denominations; Jinja, Kyoha, and Minzoku. Jinja Shinto, or the Shrine sect, is the oldest denomination and is the most traditional form of Shintoism. Kyoha Shinto was founded just before the Meiji Period, and contains thirteen government-recognized sects of Shintoism. Minzoku Shinto, or the Folk sect, is practiced by common people at local shrines, and contains influences from Buddhism, Taoism, and Confucianism.

Shinto practitioners uphold many traditions. Festivals and rituals are some of the most lasting traditions of Shinto in Japan. Many festivals take place in Japan each year, serving as an opportunity to celebrate and give thanks to the kami. Shinto festivals, often called matsuri, typically function in three main parts. The first part is called kami mukae, which translates to “welcoming the kami.” Shrines invite the kami to earth through special welcoming ceremonies. The main festival event follows this welcoming, known as shinko, or "procession of the kami." During this part of a festival, a parade is held in which the shrine’s kami is carried in mikoshi, or a palanquin, throughout the town. The final part of a Shinto festival is kami okuri, where the kami are sent back to their heavenly abodes. Festivals may also include offerings to the kami, performances, and feasts. 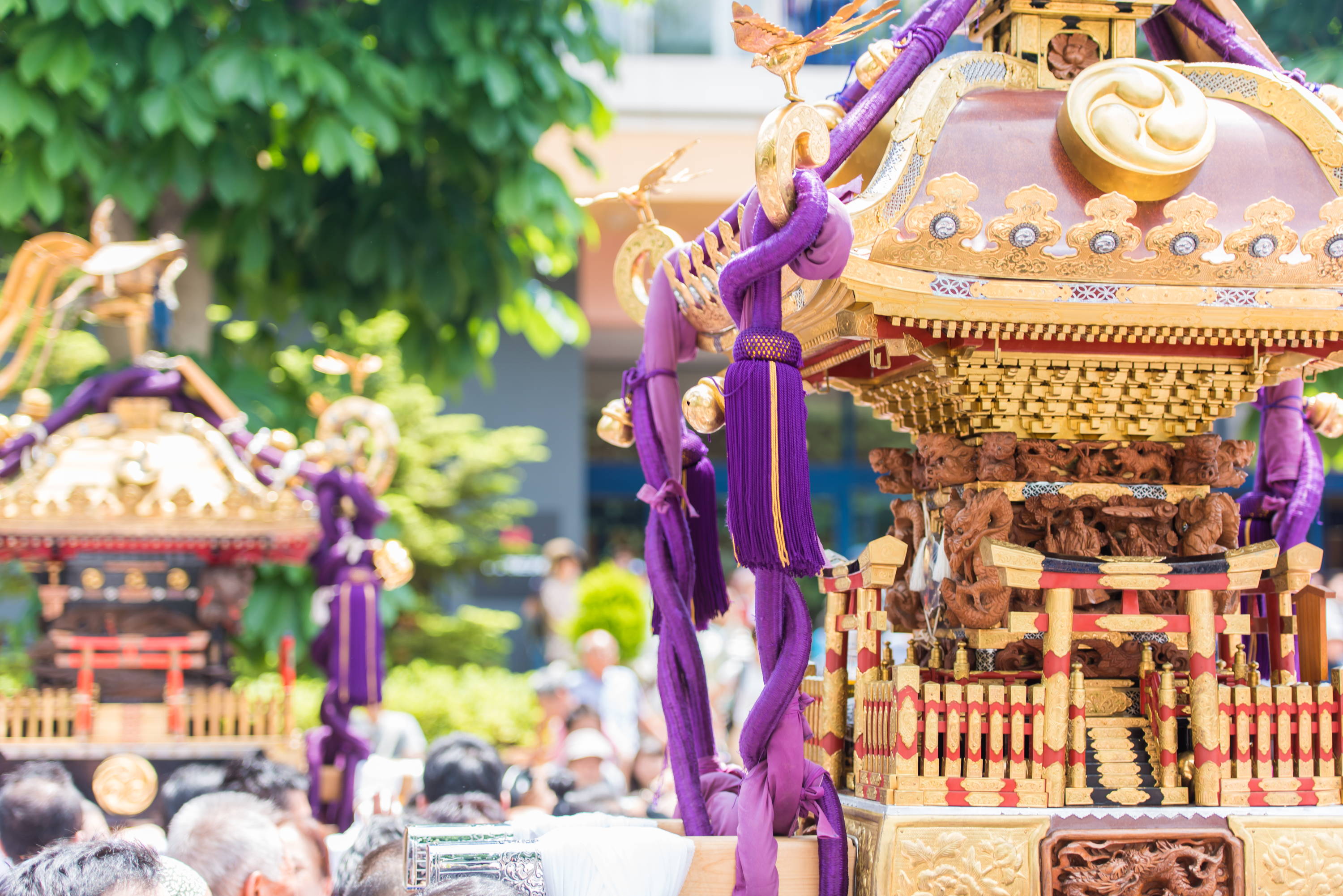 Most Japanese weddings still follow Shinto tradition, with a Shinto priest presiding over the ceremony. The couple will make vows to the kami and they will also partake in a tradition called san-san-kudo. This is the final part of the ceremony, in which the groom and bride each drink from three different cups three times each, and then are officially pronounced husband and wife.

Shrines are also a prevalent source of modern Shintoism, as they are still widely visited for rites of passage, festival celebrations, and daily prayer. There are nearly 100,000 Shinto shrines in Japan, and one of the most significant is the Grand Shrine of Ise, where the sun goddess Amaterasu is worshipped. A popular Shinto ritual that takes place at shrines is miyamairi, which is akin to a christening or baptism. Shinto families bring their one-month old child to a Shinto shrine in order to express their gratitude, and a Shinto priest will lead them in prayer for the child’s good health and happiness.

Today, Shinto is the largest religion in Japan, and the majority of Japanese people practice a combination of Shintoism and Buddhism. Some people may not consider themselves to be religious, but will still take part in Shinto rituals and follow a Shinto way of life. Shinto is not simply Japan’s religion, rather it is a way of life and a school of thought that is deeply rooted in Japanese culture.

Ever wonder what Japanese shrines and temples look like? Watch our TikTok!