For those of us in the northern hemisphere, winter means cold temps and probably lots of snow. And when it comes to winter in northern Japan, the season almost always brings snow—and a lot of it!

Japan’s winter season can start as early as November and last all the way until May. The country tends to get so much wintery precipitation thanks to moisture from the Sea of Japan.

When most people think of snow and Japan, their mind tends to go to Hokkaido, but it’s actually not the snowiest prefecture in Japan. Even though Hokkaido receives about 3.83 meters or 12.56 feet of snow each year, the Japanese prefectures that get the most snow are Akita, Niigata, and Yamagata.

Each prefecture features its own festivals and must-visit sites. See what the three snowiest prefectures have to offer in this guide. 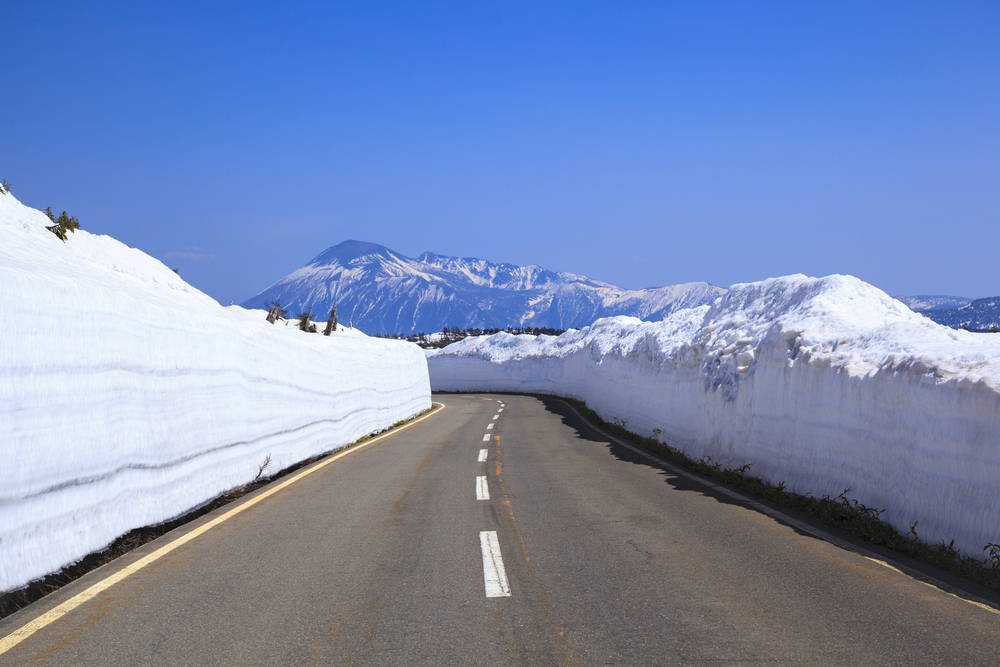 Akita is the third snowiest prefecture in Japan. The area receives an average of 5.32 meters (or 17.45 feet) of snow a year—but certain areas can get up to almost 23 feet. Huge walls of snow can be seen on the sides of Akita’s roads in the winter.

Akita also hosts a plethora of winter festivals. During the second weekend in February, there’s Inukko Matsuri. This festival features dog sculptures made out of snow, a tradition dating back to the Edo period (only back then they were made of mochi). There’s also fireworks and cultural performances.

Then there’s the Kamihinokinai Paper Balloon Festival on February 10th in the city of Semboku. This festival, which has been held for over 100 years, celebrates the coming of the new year the the lighting and releasing of paper lanterns into the night sky. 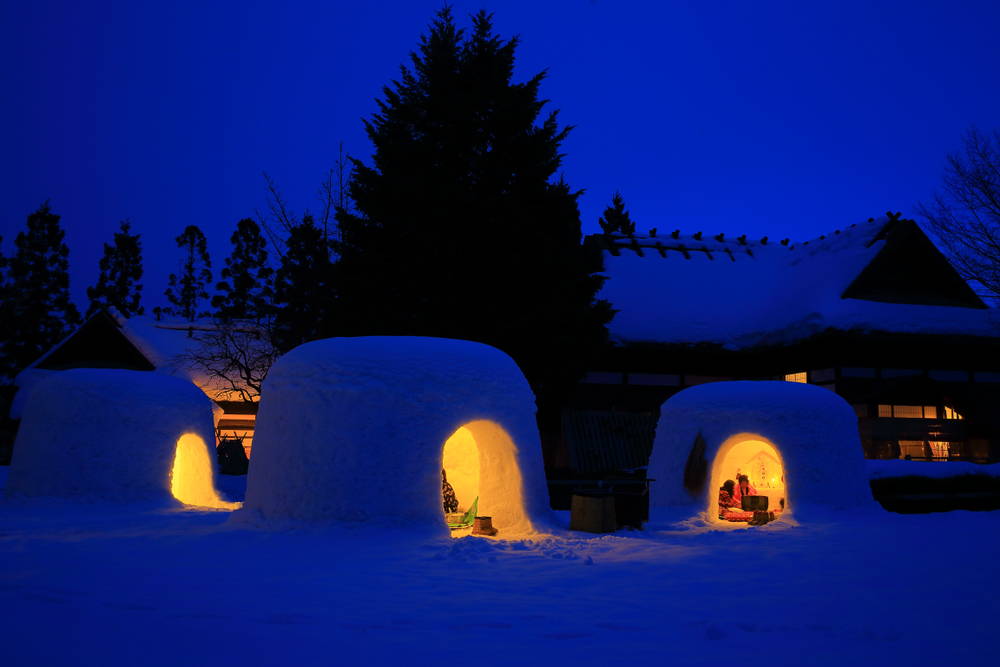 The Yokote Kamakura Snow festival, which is held from February 14th to the 16th, features hundreds of igloo-like snow huts. During this fest, visitors can venture inside these houses made of snow and enjoy treats like grilled mochi and warming cups of amazake, a sweet, low-alcohol drink. 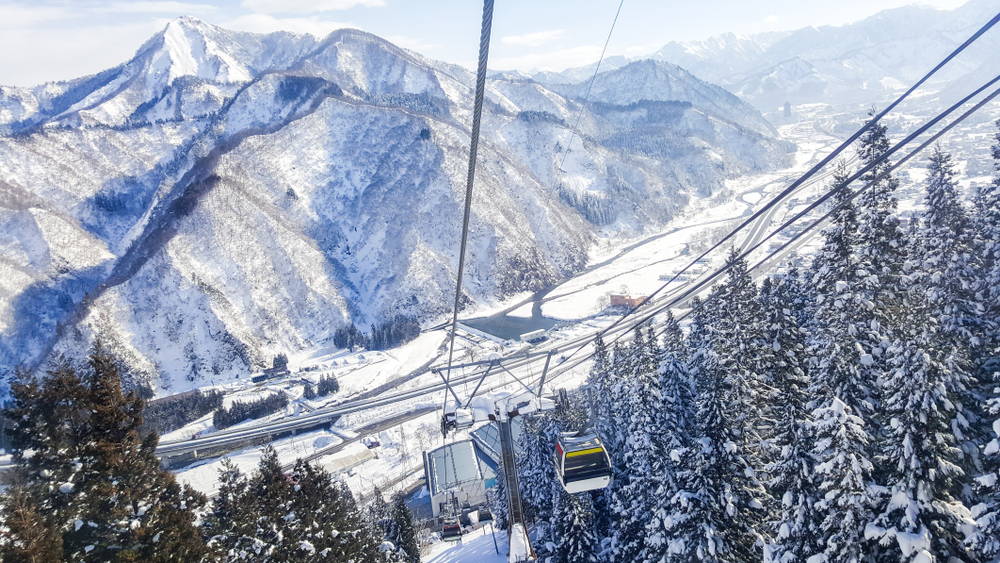 The second snowiest prefecture in Japan is Niigata. Certain areas can receive up to 8 meters (or 26.25 feet) of snow, but the prefecture’s average is 5.78 meters; that’s nearly 19 feet. What’s more, the city of Tsunan has gotten 10 meters (or 32.8 feet) of snow in the past.

Niigata is home to several ski resorts, including Gala Yuzawa, Ishiuchi Maruyama, Kagura, Myoko Kogen, and Naeba. Each resort has its own appeal, like the 16-course resort of Mt. Hakkai, where you can also enjoy some award-winning sake! Whether you prefer skiing or snowboarding, you’ll surely have a blast soaring across Japan’s snow.

If all that skiing and/or snowboarding makes you sore, taking a dip in Oritate Onsen, a rejuvenating hot spring, could be just what you need. Hot springs are physically and mentally beneficial, and who wouldn’t love soaking in a nice, hot bath while marveling over beautiful, snowy views. 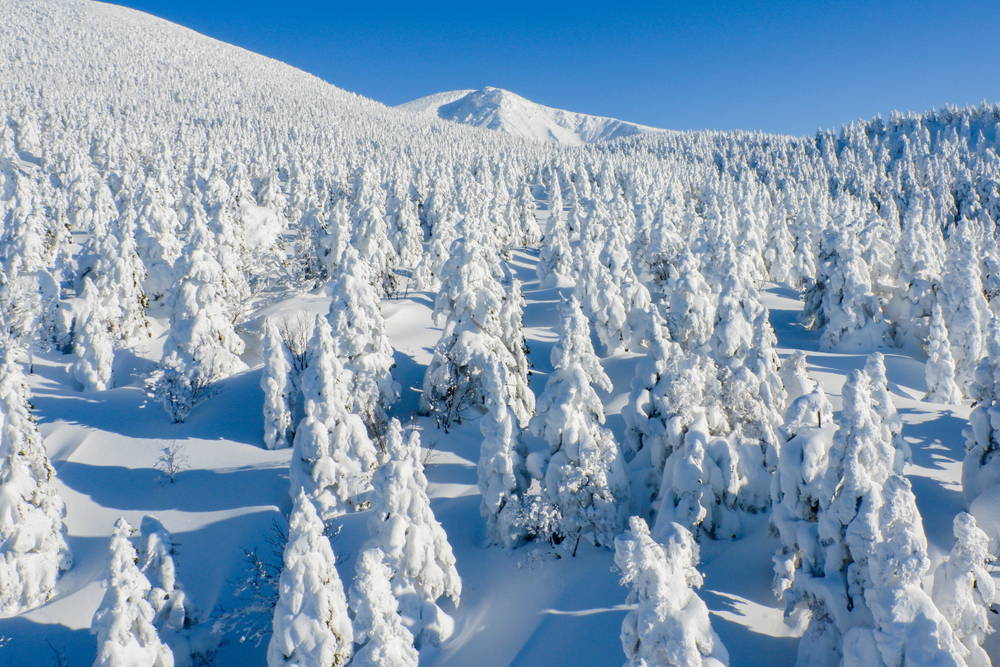 If you’re looking for snow, you’re in luck! Yamagata is THE snowiest prefecture in all of Japan. On average, this prefecture receives a staggering 6.36 meters or 20.8 feet of snow! What’s even more astonishing is that some ares can get up to 11 meters—that’s just over 36 feet of snow!

Yamagata is also home to a famous winter site: the “snow monsters” or "juhyo"of Mount Zao. While it’s been said that the Zao Ski Resort has perfect skiing conditions, these snow sculptures crafted by nature are a true spectacle. The “snow monsters” are actually snow-covered fir trees. They come in all shapes and sizes and present amazing opportunities for photo-ops.

Should you feel the need to thaw after all that snow, you can visit Zao Onsen village. There you’ll find several hot springs and, if you’re fortunate enough, have a chance to taste their local Yonezawa beef. 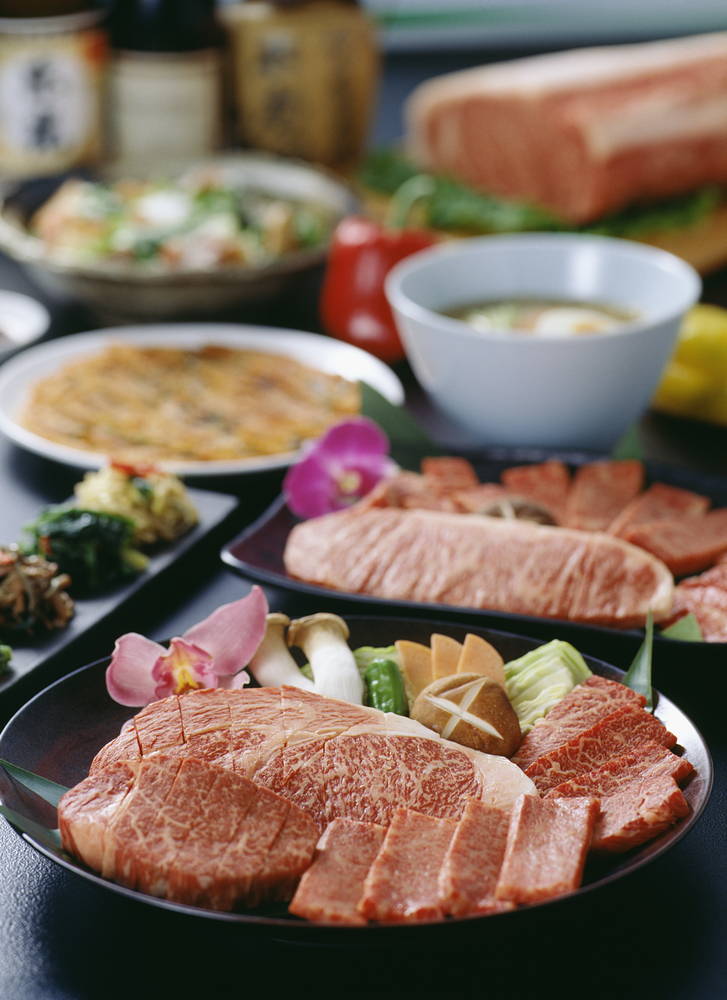 If you want to experience a true winter wonderland, Japan is the place to be. Between the Akita, Niigata, and Yamagata prefectures, you’ll see all that winter has to offer—just be sure to bring your snow boots! 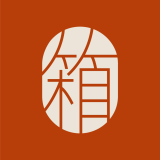 What to Expect with Your First Bokksu Japanese Snack Box

Discover the Taste of the Sapporo Snow Festival

Snacking Samurai: 5 of the Best Samurai Films to Snack To