Have you heard of “Inari” Shrines? Even if you haven’t, chances are you’ve seen photos of their iconic gateways. Thousands of Buddhist and Shinto Inari shrines can be found across Japan. With their brightly colored torii gates, adorable fox statues, and peaceful atmosphere, Inari-style shrines are absolutely breath-taking.

Read on to learn all about Inari shrines and discover five of our stunning favorites. 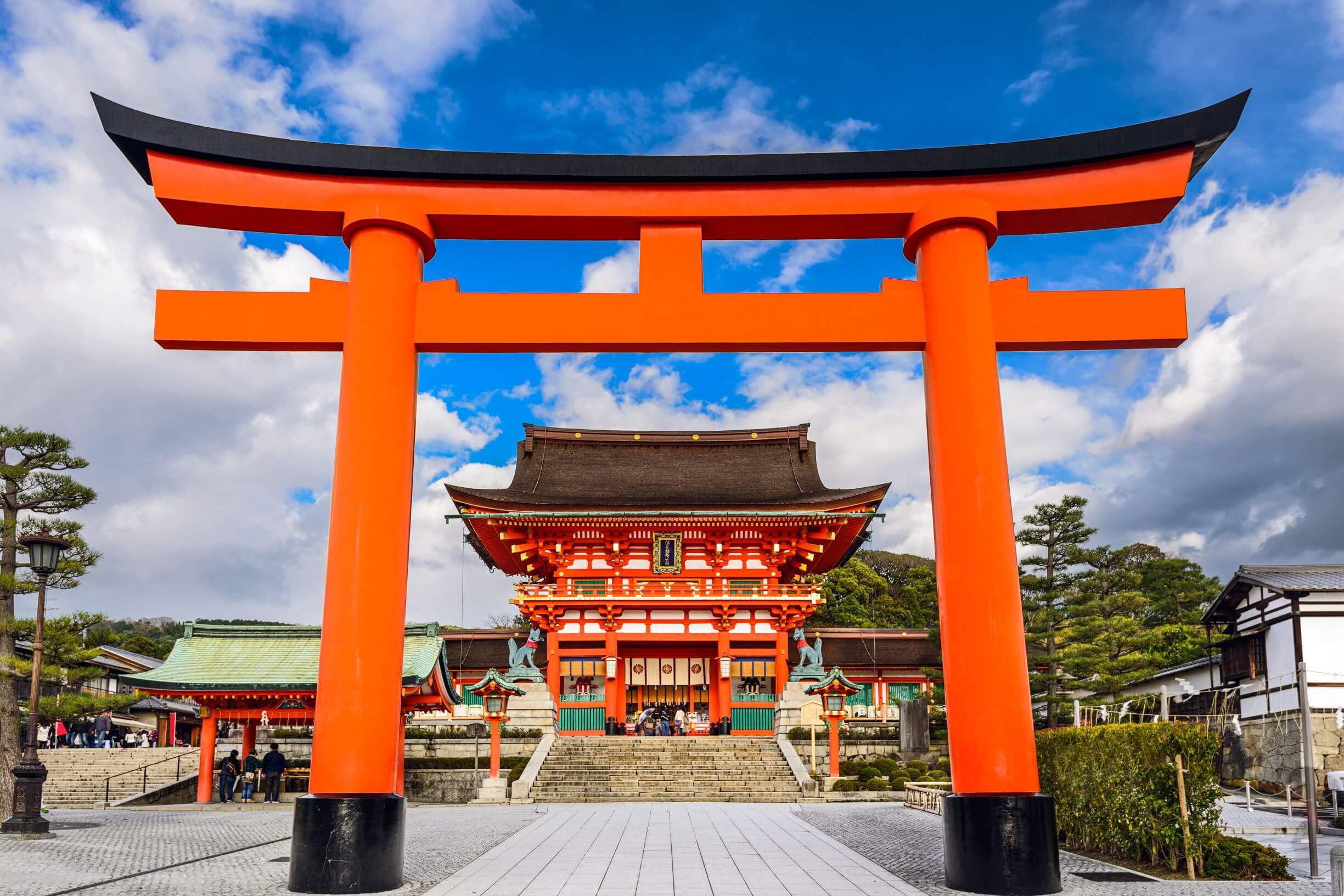 What are Inari shrines?

Inari shrines are used to worship the deity Inari, also called Inari Okami, a Japanese “kami,” or spirit. Inari is one of the most widely honored and recognized deities in Japanese culture. The term “Inari” comes from “Ine Nari” or “Ine ni naru,” which means “reaping of rice.” Inari is associated with rice, of course, as well as foxes or kitsune, fertility, wellbeing, and prosperity.

When visiting an Inari shrine, people leave offerings of rice, sake, and “Inari-zushi,” a sushi roll of rice-packed fried tofu. It’s believed that fried tofu is a favorite food of Japanese foxes.

Inari shrines date back to the 9th century and are known for their red-lacquered torii, a traditional Japanese-style gate. Entrances to Inari shrines are typically marked by one or more torii gates as well as statues of Inari’s fox messengers.

The fox guardian figures usually come in pairs, representing a female and a male. They sometimes hold a symbolic item—like a jewel, key, sheaf of rice, or scroll—in their mouth or under their front paw. Worshipers also adorn the foxes with a red yodarekake, or bib, out of respect. 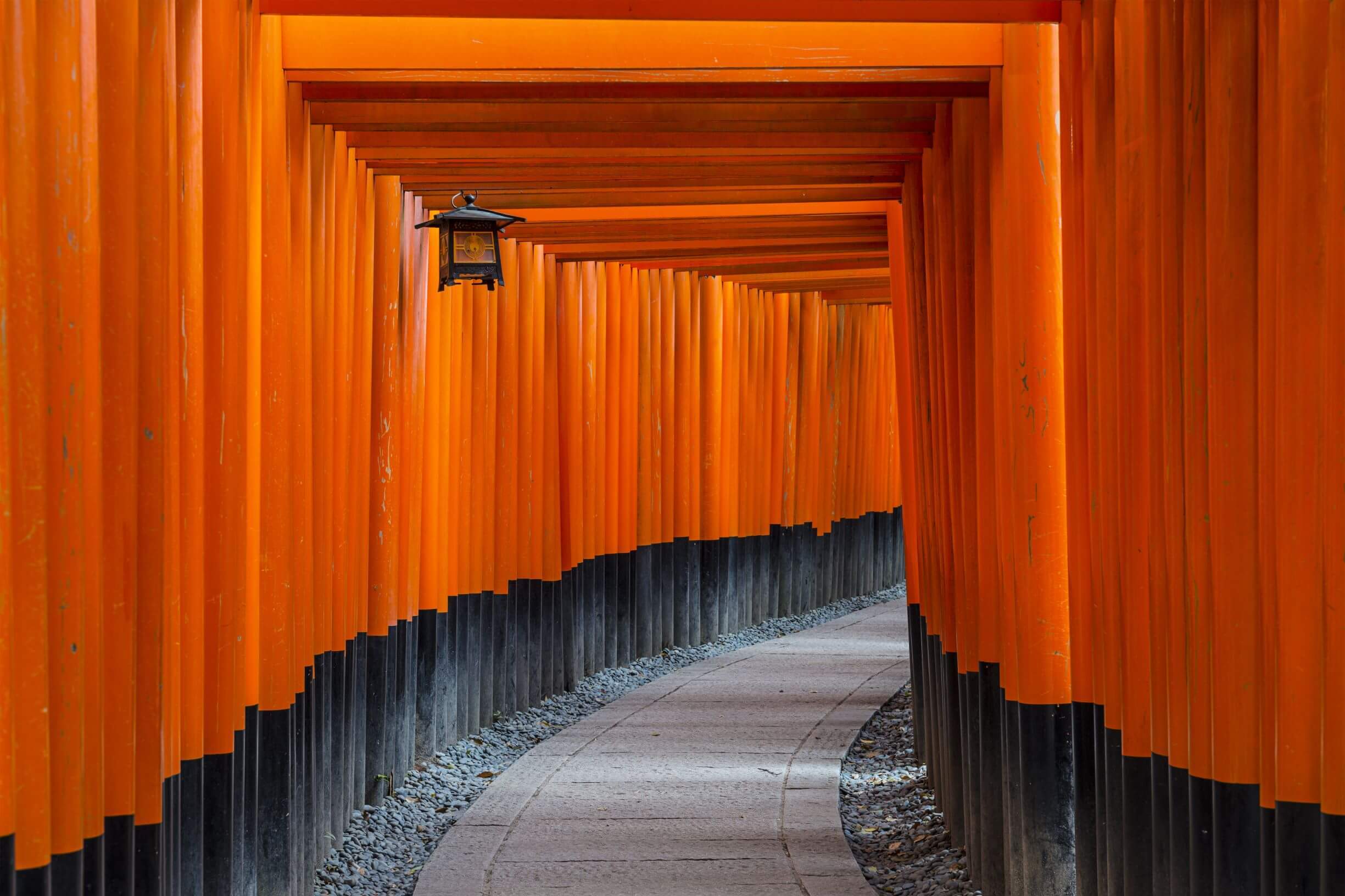 One of the most famous Inari shrines, Fushimi Inari-taisha is a Shinto shrine located in southern Kyoto. It’s renowned for its beautiful, bright orangey-red Senbon Torii, or "thousands of torii gates.” Once you’re done marveling at the shrine, check out the nature around it. Fushimi Inari-taisha is surrounded by the forest of Mount Inari, a sacred mountain. Also, toward the back of the shrine's grounds you’ll find the entrance to the torii gate-covered hiking trails. 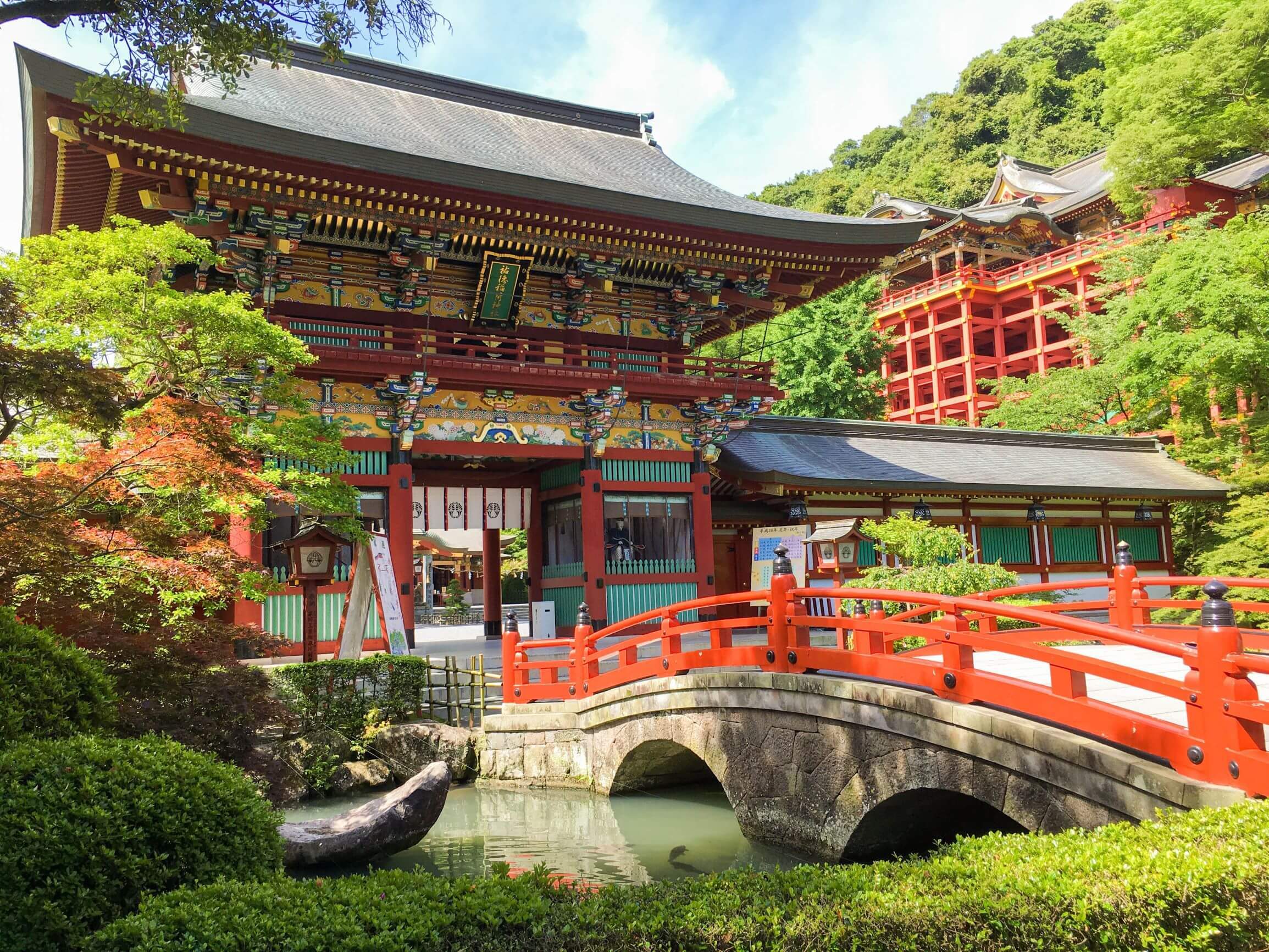 Built back in 1688, Yūtoku Inari Shrine is still one of the largest shrines of its kind in Japan. It’s cool grid-style structures are iconic. This shrine is also a popular location for New Year’s celebrations. 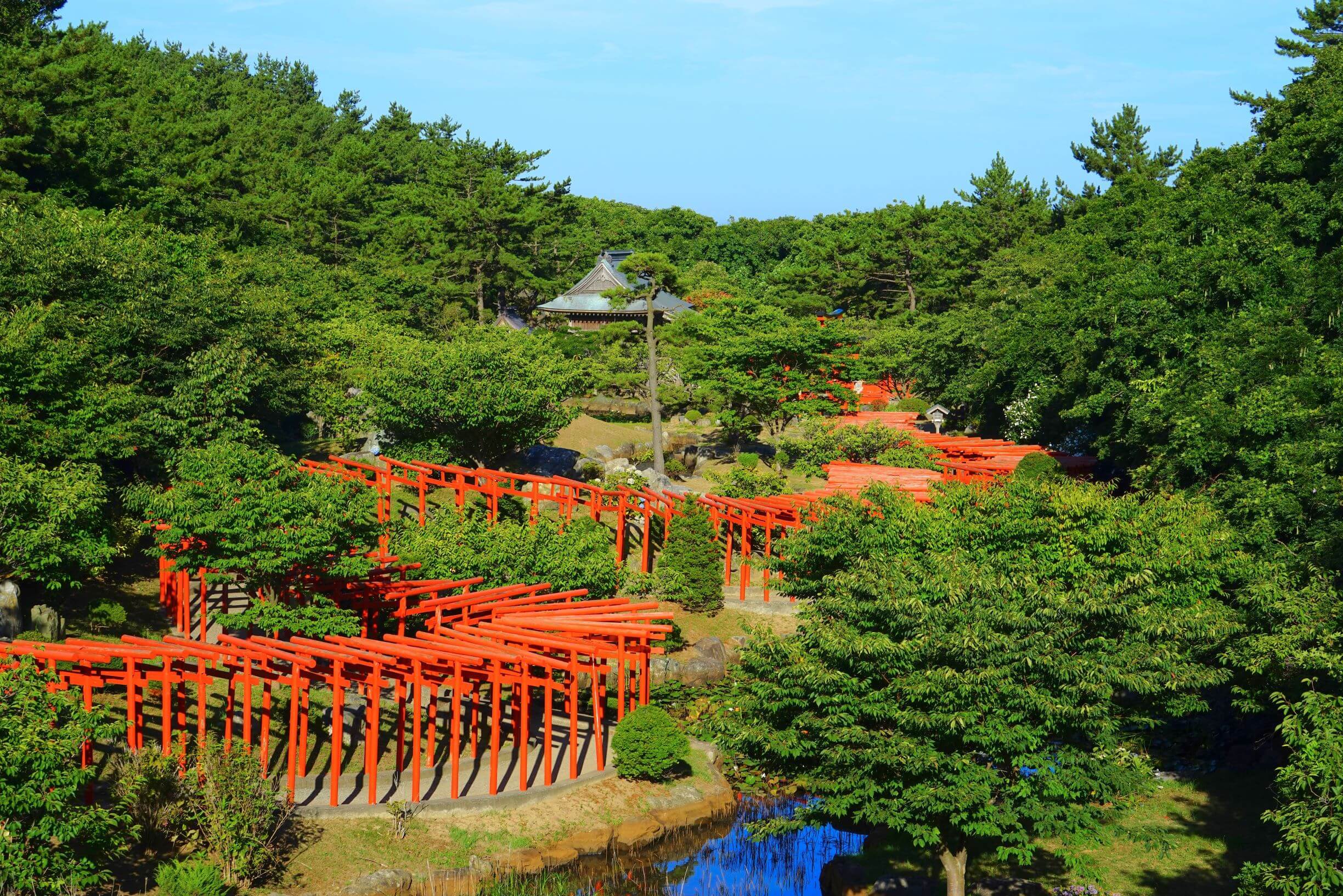 Located in the city of Tsugaru, in Aomori Prefecture, the Takayama Inari Shrine is a Shinto shrine. It’s known for its unique, winding path that leads visitors through 200+ torii gates.

Takayama Inari Shrine is also a great place to enjoy nature. It’s surrounded by foliage and features a nice Japanese-style garden. The shrine is so peaceful and picturesque that when fox statues become too old and weathered, they come here to “retire.” 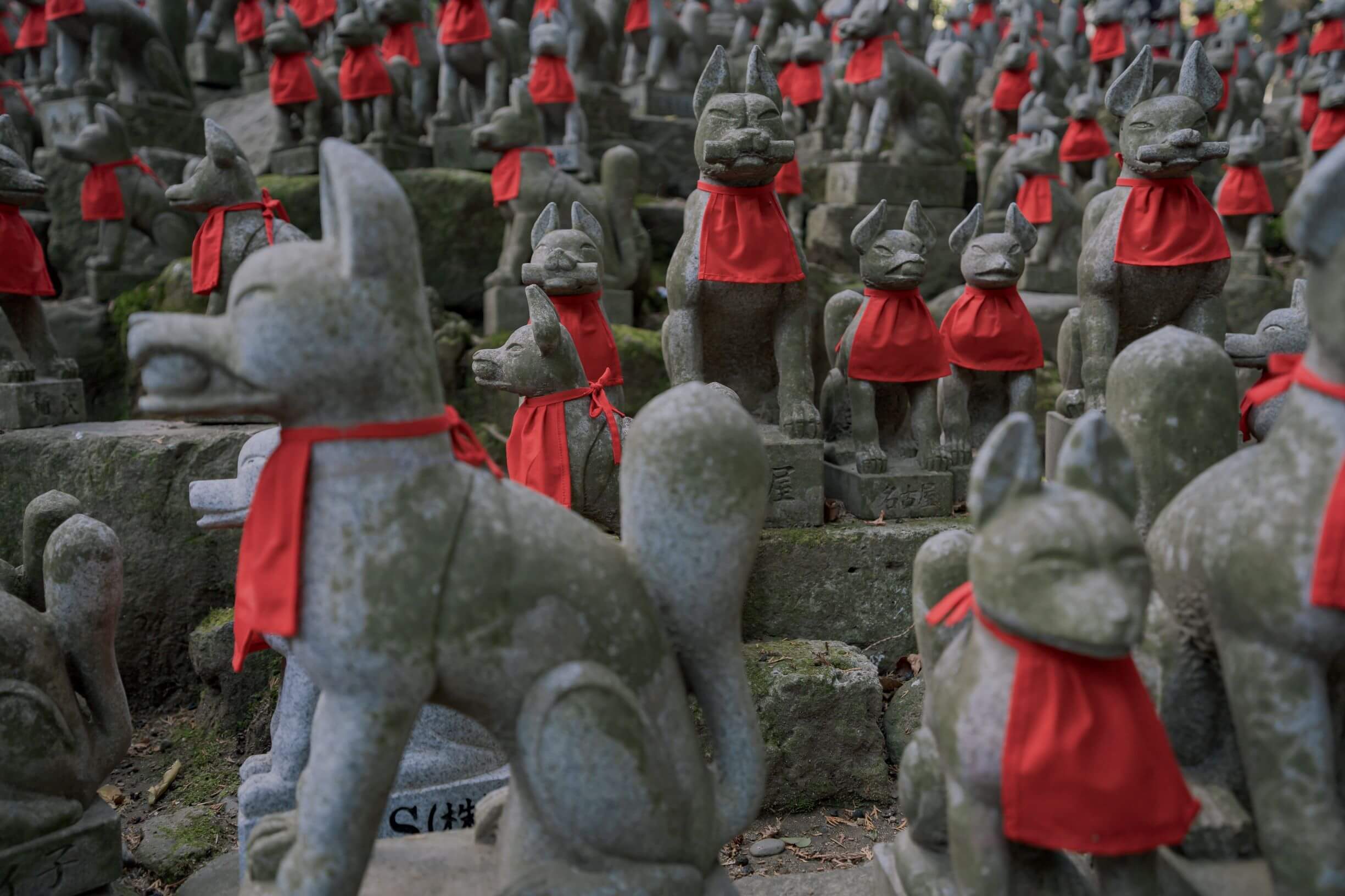 The Toyokawa Inari Shrine is also a Buddhist temple located in the city of Toyokawa in Aichi Prefecture. While this shrine may not be as bright and colorful as some of the others on this list, it’s still a truly unique site.

Founded back in 1441, the shrine now features a mix of Shinto and Buddhist symbolism, as well as thousands of stone fox statues. There’s also a small traditional Japanese garden and pond. 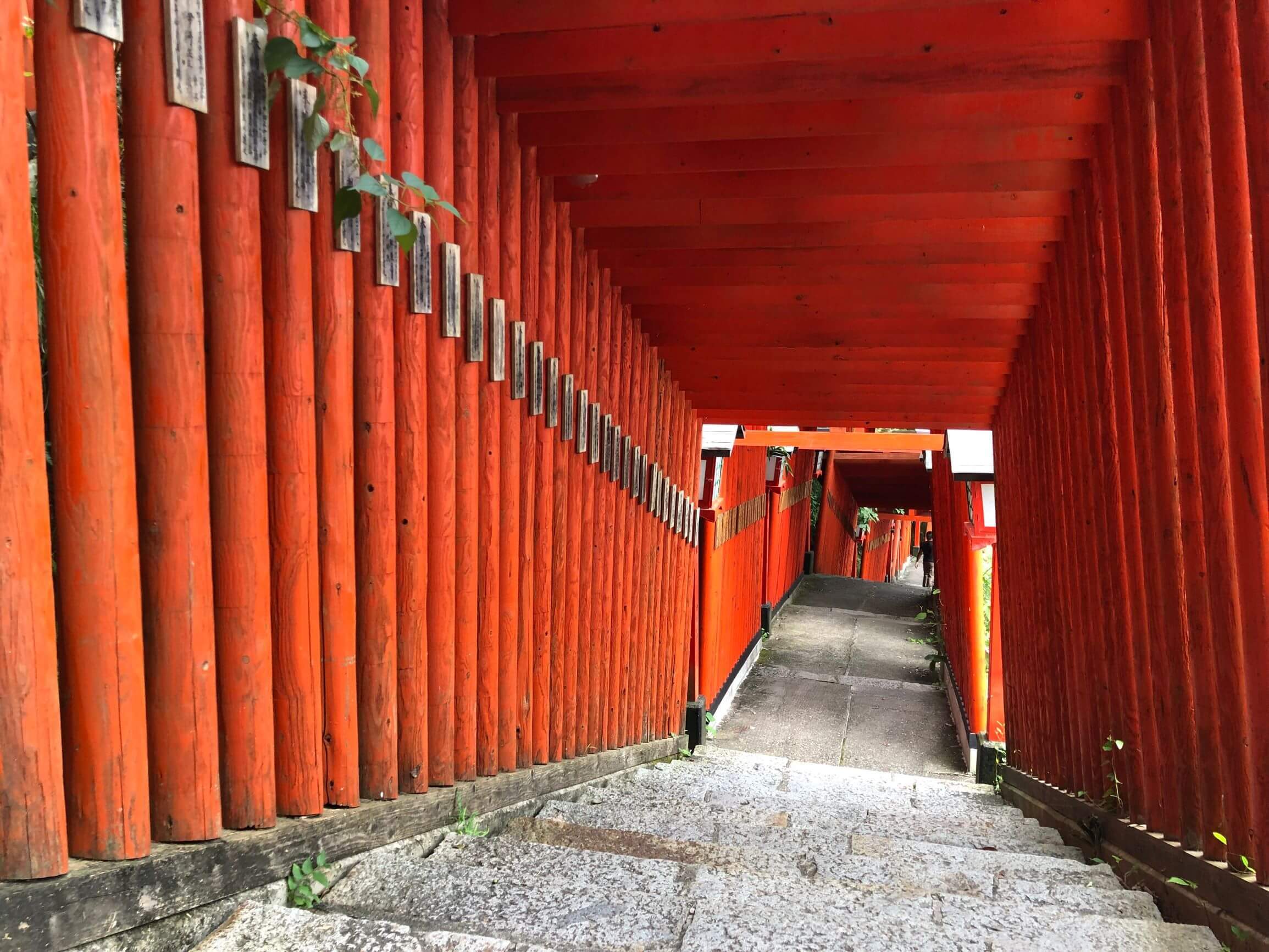 Located in Tsuwano, in western Shimane Prefecture, the Taikodani Inari Shrine was built on the peak of Taikodani in 1773. Although it faced kimon (unlucky direction), enshrining deities, like Inari, are said to keep evil spirits away.

The 15-minute walk to the shrine brings visitors through the densely packed 1,000+ gates and 250+ stone steps. Taikodani Inari Shrine is known for many things, including its scenic views and the large sacred straw ropes that hang across the hall entrance.

There are thousands of shrines dedicated to Inari across Japan. From their iconic torii gates to their cute fox statues, you’ll know an Inari Shrine when you see one, whether that’s in person, in movies, or through pictures online.