Japan has a rich history of castles, and the classic Japanese castles that we know today date back to as early as the Sengoku period (1467-1603). Japanese castles were originally built as fortresses for military defense and later evolved into status symbols to house the wealthy daimyos, or feudal lords. These castles were constructed primarily of wood and stone, and are well known for the design of the tenshu, or the main keep, which is multi-storied and typically features curved roofs. While there were once thousands of castles in Japan, only somewhere over one hundred remain today due to war and natural disasters. Many of the existing Japanese castles are complete reconstructions or heavily reconstructed versions of damaged castles, and there are only twelve original construction castles in Japan today. Today I wanted to introduce some of Japan’s most unique castles. 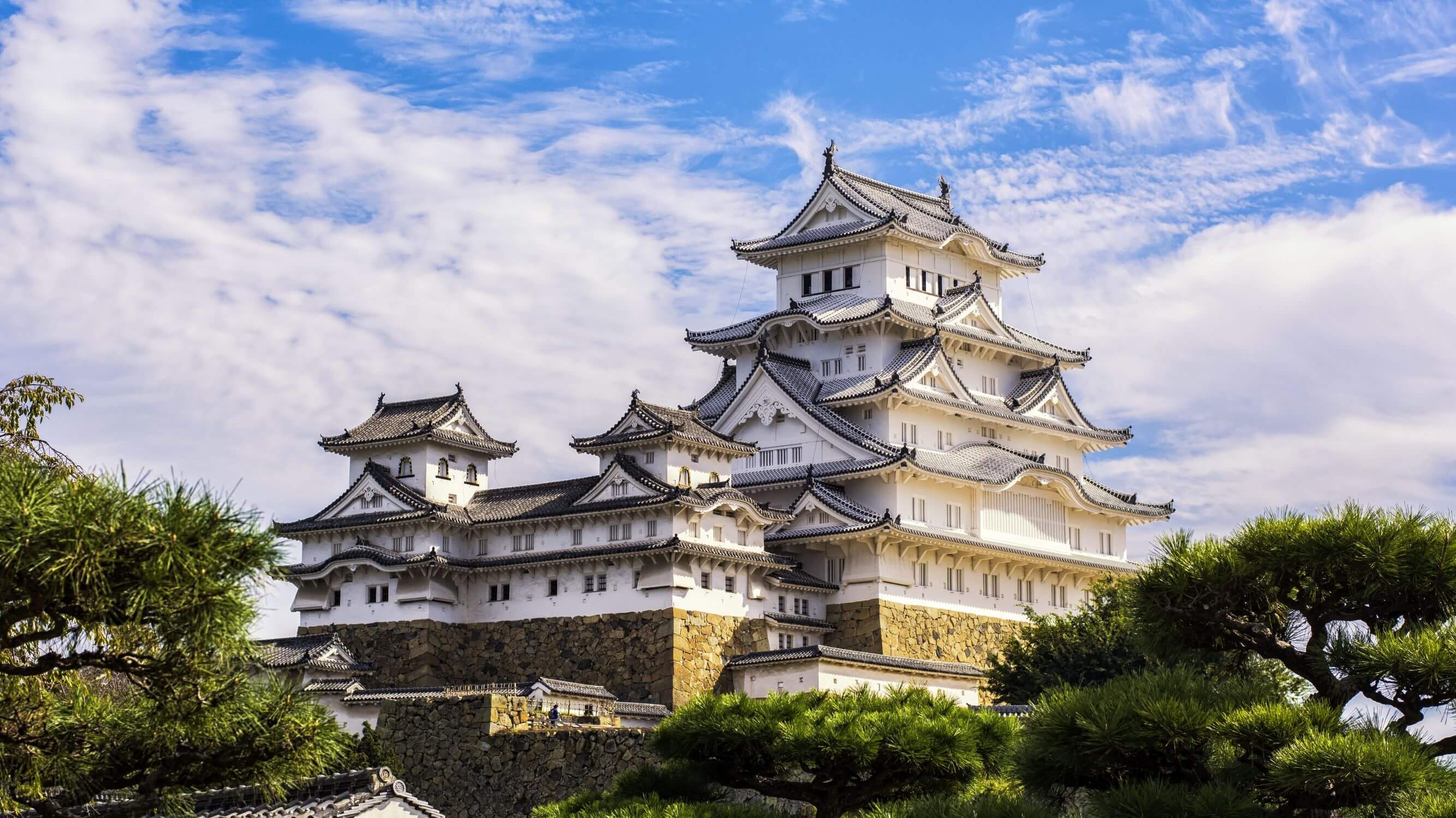 Himeji Castle in the Hyogo Prefecture of Japan is known for being both the most visited and the largest castle in Japan. Built in 1581, Himeji features eighty-two castle buildings and two of its three original moats. It is often called the “White Heron Castle” because of its grand white exterior that resembles the bird. Fortunately, the castle survived nearby bombings during World War II and has since become a UNESCO World Heritage Site. 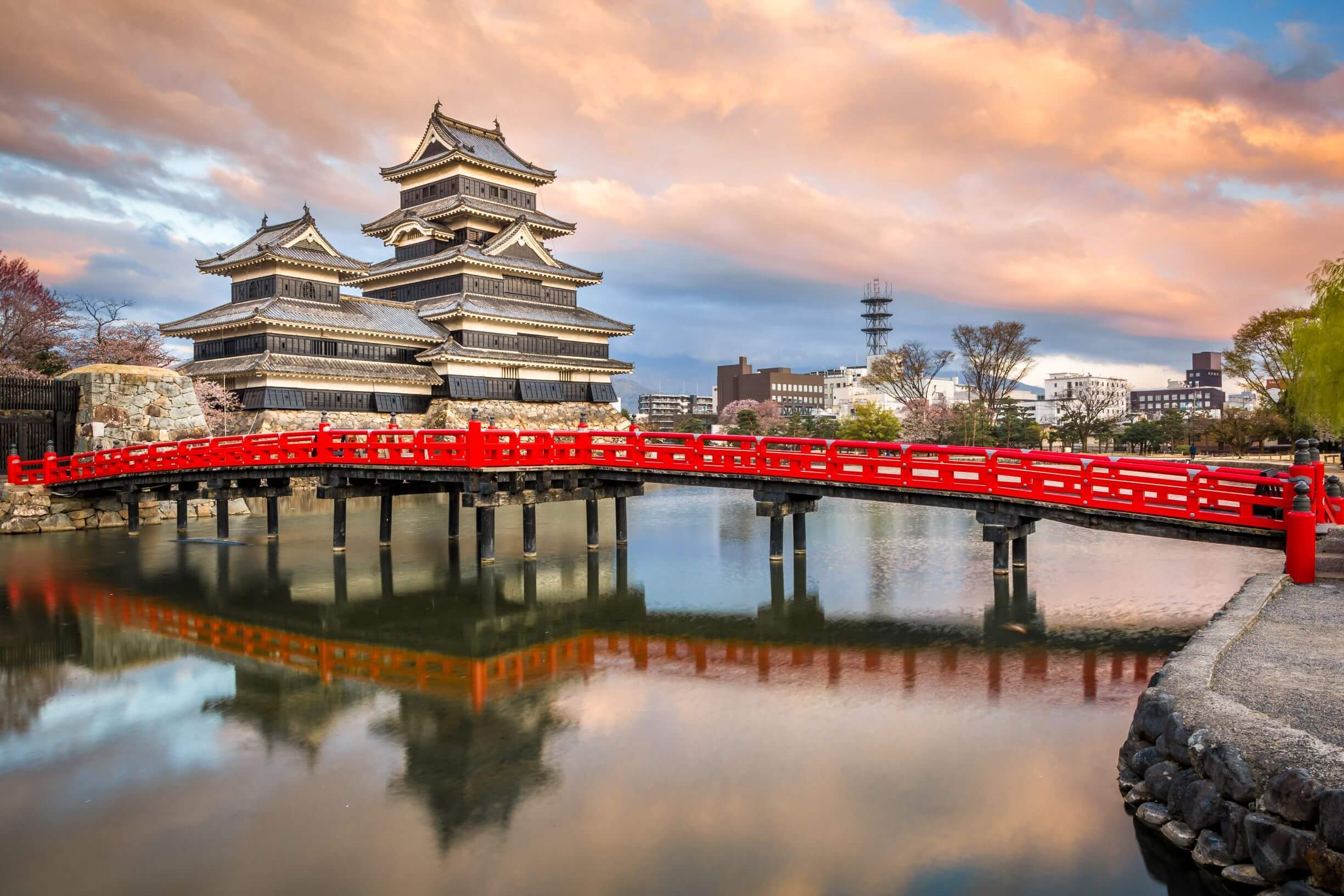 A stark contrast to Himeji Castle, Matsumoto Castle is often referred to as the “Crow Castle” because of its black exterior. It is a unique Japanese castle because it is one of the few remaining hirajiro, or flatland castles in Japan. Typically Japanese castles were built on hills or near rivers, but Matsumoto was built on flatlands and man-made moats were constructed to protect the castle. Built in 1592, Matsumoto is one of five Japanese castles designated as National Treasures. 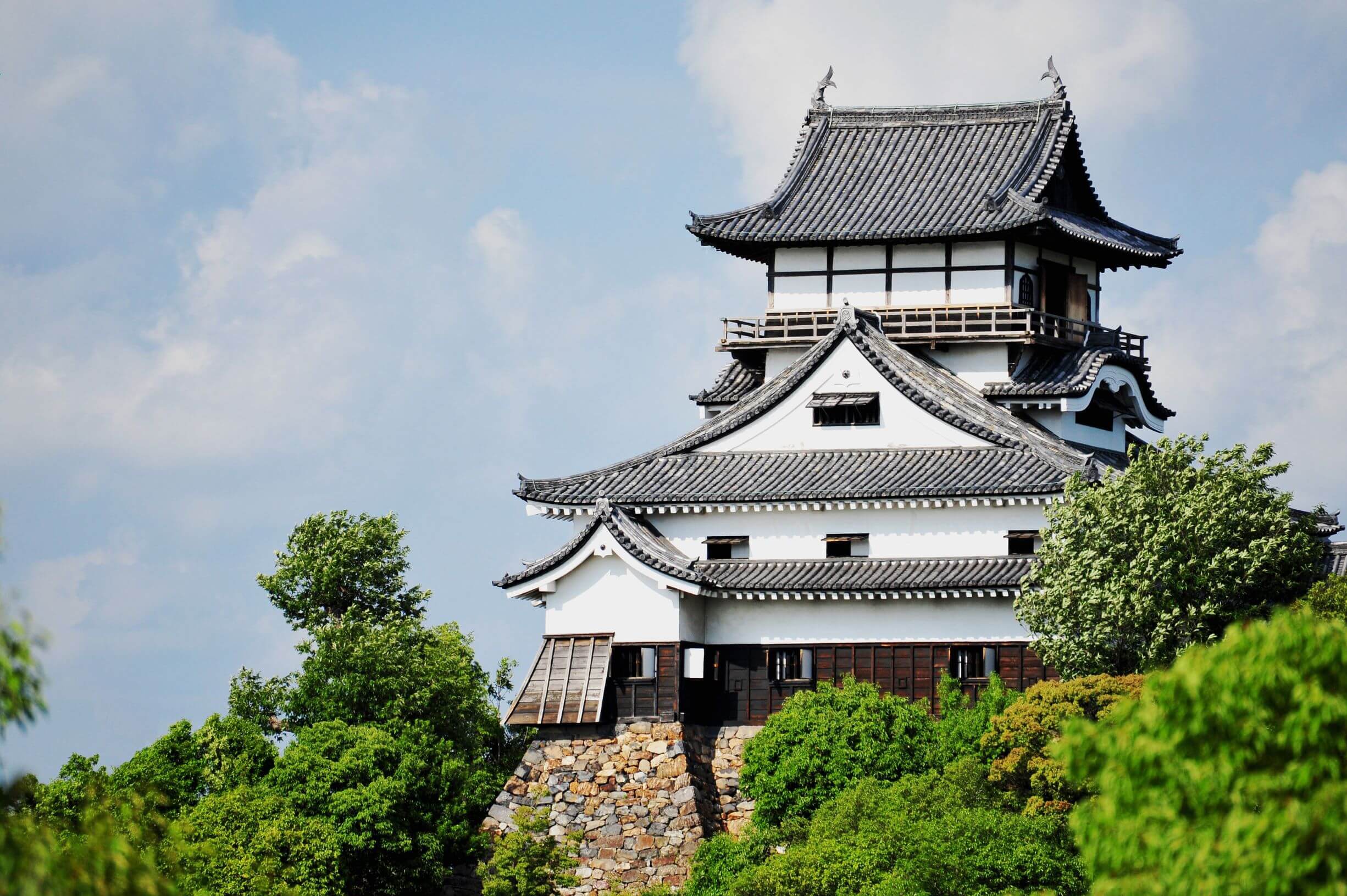 Inuyama Castle is most famous for being the only privately owned castle in Japan. Inuyama is often cited as the oldest castle in Japan, but it was rebuilt several times and the exact date of its completion is unclear. It is estimated that construction of the current main keep began in 1601, and since its construction, the castle switched owners several times before being seized by the Meiji government in 1872. After being damaged by an earthquake, Inuyama Castle was returned to its previous owners, the Naruse family, in 1895 under the condition that they repair and maintain it. Inuyama Castle remained privately owned until 2004, when the castle's ownership was passed to a non-profit foundation. 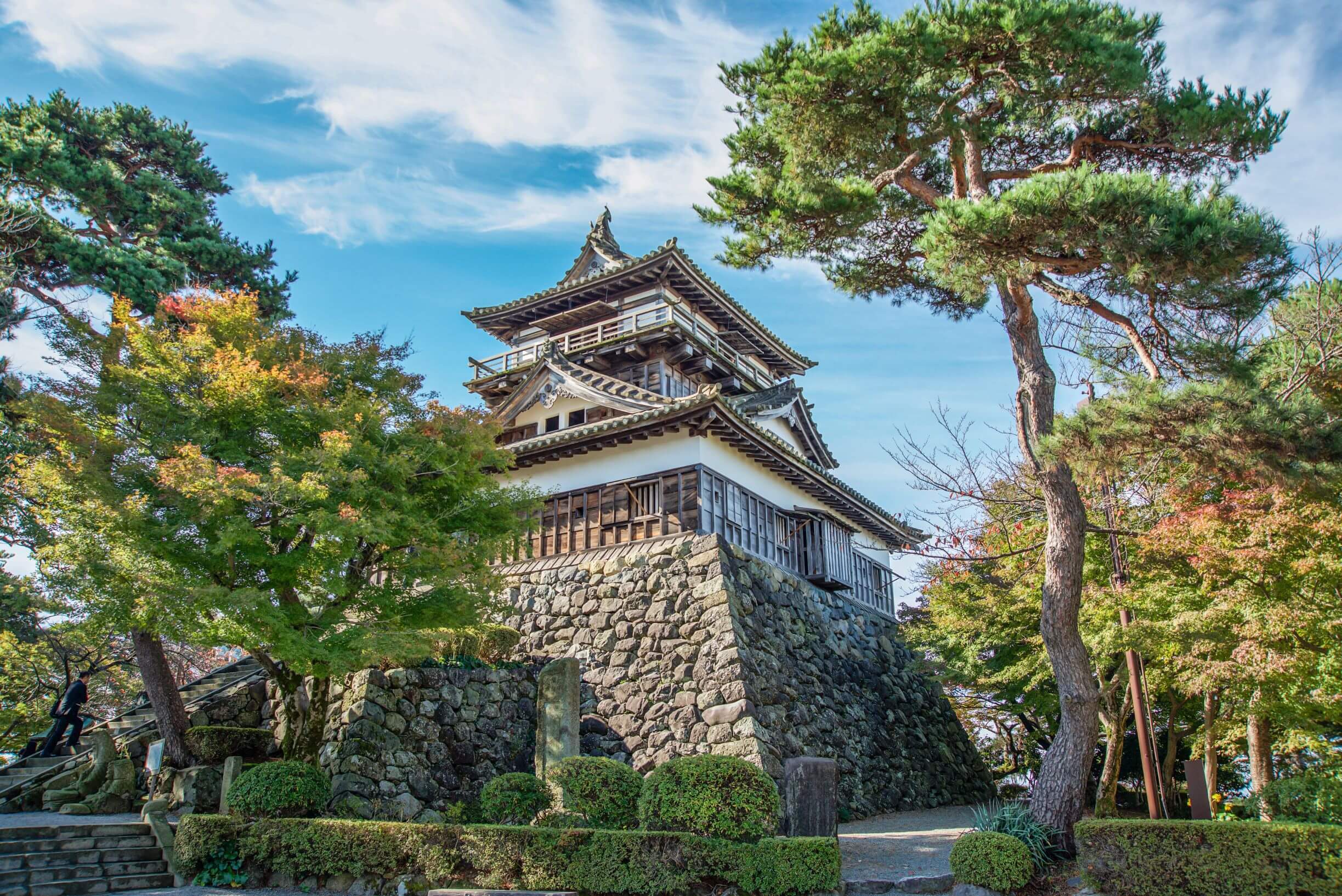 The title of the oldest Japanese castle, in terms of the main keep, goes to Maruoka Castle in Fukui Prefecture. It was originally built in 1576 and has the oldest original main keep in Japan. In 1948, the castle’s main keep was destroyed by an earthquake but it was rebuilt in 1955 using eighty percent of its original materials, making it an original construction castle. 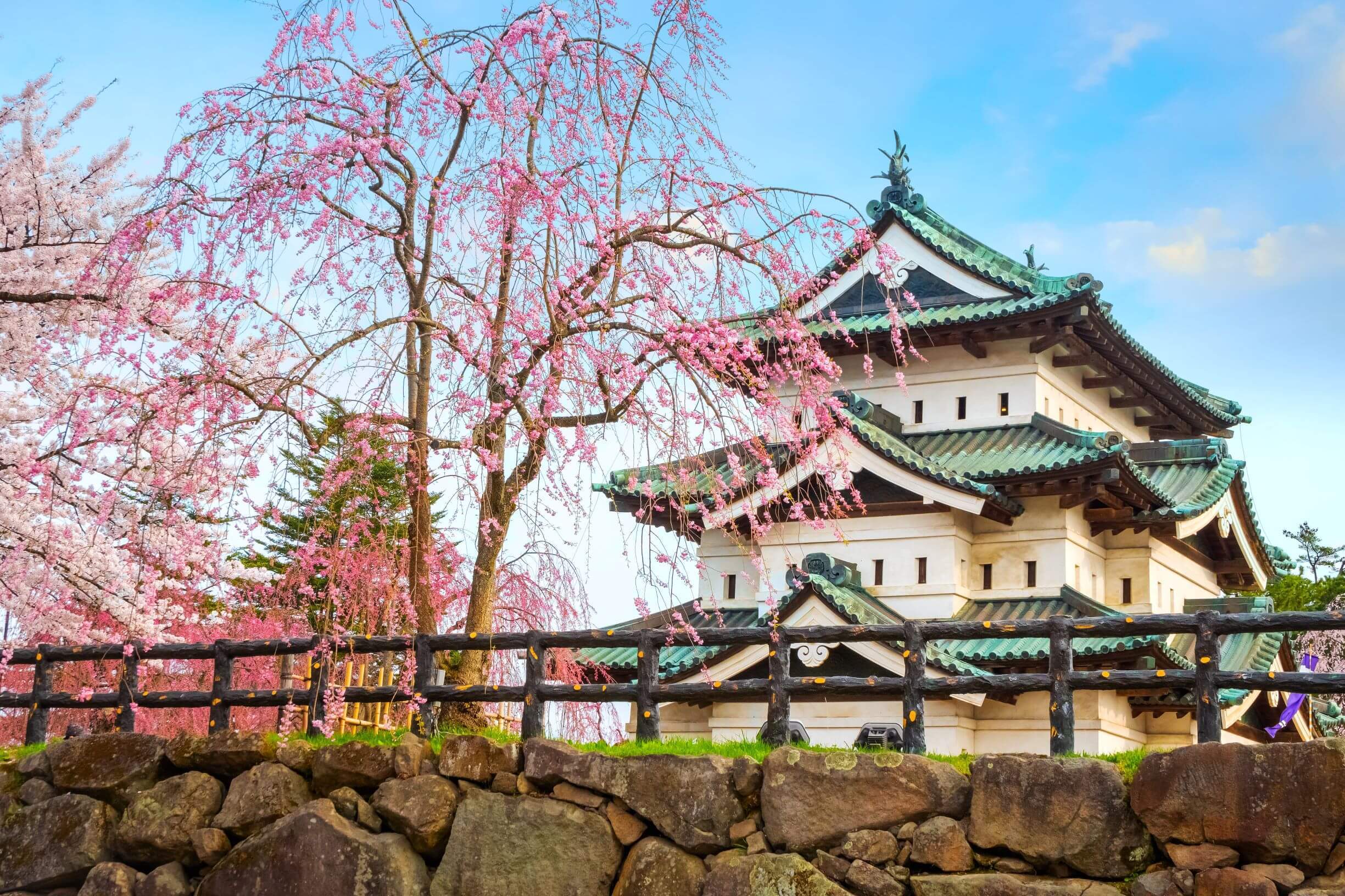 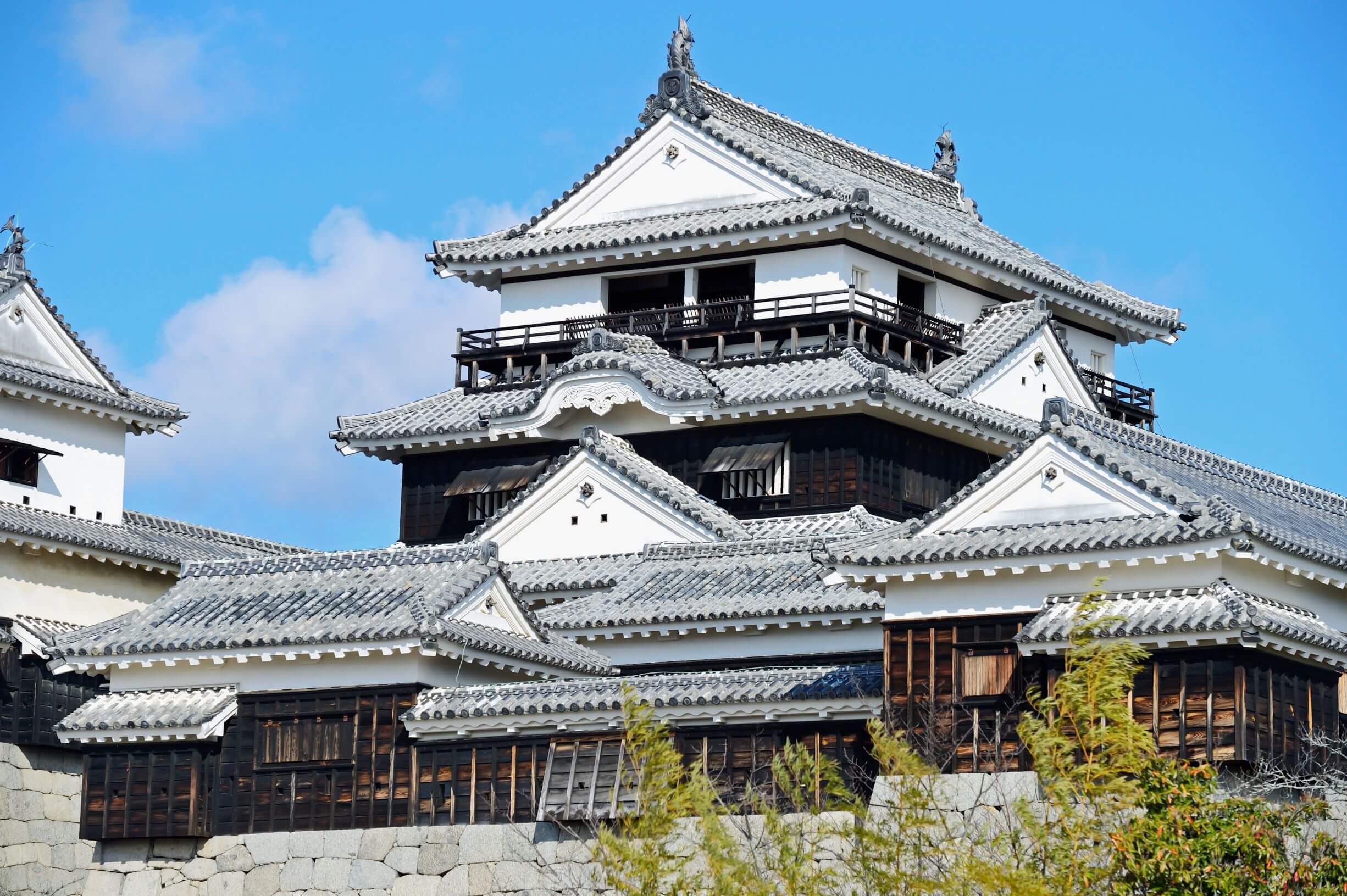 Bitchu-Matsuyama Castle is known for being the highest-altitude castle in Japan and the only original yamajiro, or mountain castle, remaining in Japan. The first castle of Bitchu-Matsuyama was built in 1240, but the main keep was not constructed until 1683. This castle is unique because its main keep is only two-stories high, but due to its mountain-top location, there was not a tactical advantage to building it any higher. 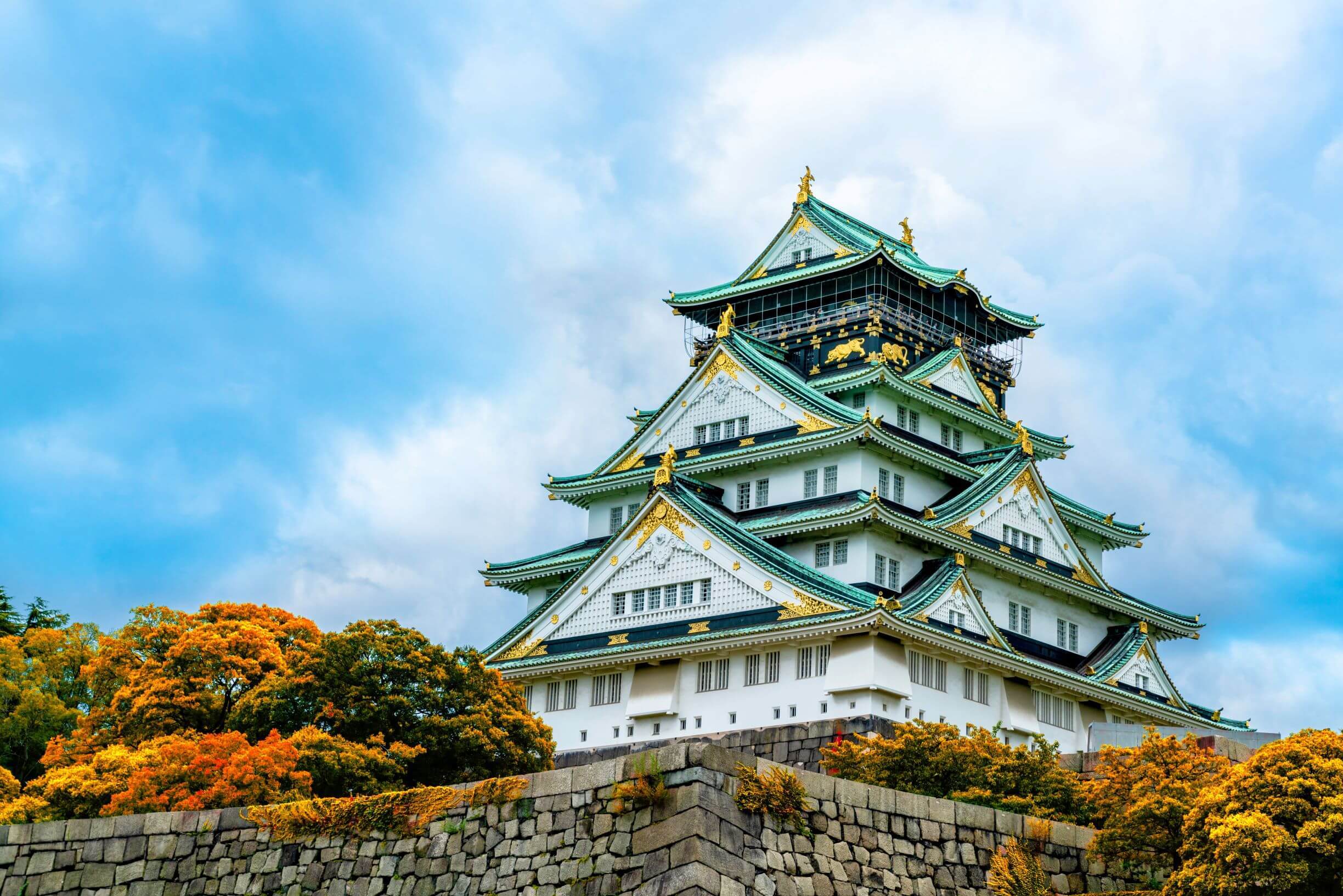 Although it is not one of Japan’s original construction castles, Osaka Castle is a wonderful reconstruction of the original castle and one of the most visited castles in Japan. The castle played a major role in the unification of Japan. It was originally built in 1586 by Toyotomi Hideyoshi after his successful unification of Japan. Osaka Castle became the center of Japan during his rule, and in modern years it has become a famous landmark in Japan. Unfortunately, the castle was damaged multiple times and had to be rebuilt, but the reconstruction of Osaka Castle honors the original well.