Japan's spooky tales have been scaring the world for a long time now. The first to come to mind are blockbusters like Ringu and Ju-on, which became so popular they got their own Hollywood remakes, but Japan's history of horror goes back much further.

Japanese culture, in general, is deeply connected to the idea of ghosts and spirits, in both people and inanimate objects. Even texts as old as The Tale of Genji (1021 CE) contain tales of spirits causing mischief.

This month, we want to share one of Japan's most famous kaidan (ghost story from the Edo period), Sara Yashiki. 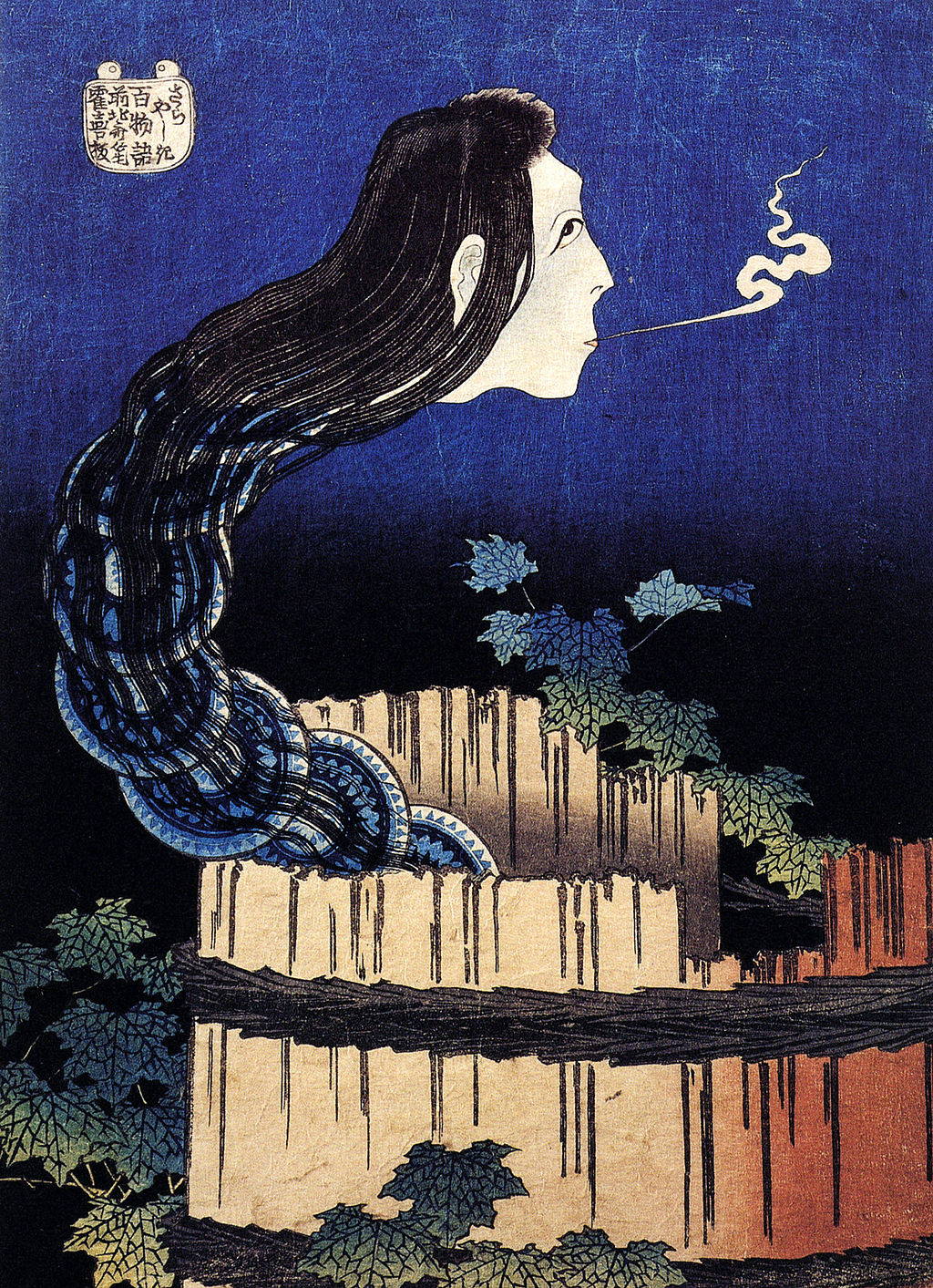 There was a servant girl named Okiku. She worked in the Aoyama family's mansion and had caught the eye of the samurai Tessan Aoyama. Since she continues rejecting his amorous advanced, he comes up with a plan. He convinces her that she has lost one of the family's ten precious plates, a crime that warranted death.

She searches, counting the plates over and over again but cannot find the tenth plate. Little does she know, the tenth plate isn't missing at all, Aoyama has simply hidden it. He promises that if she accepts his love, he will spare her the punishment, but still, she refuses him. In anger, he throws her down the mansion's well where she dies.

Soon after, an eerie sound began to come up from the well. Okiku's spirit had returned, and her ghost could be heard counting up one through nine. It's said that when she reached ten, she screamed, but whether it was to torment the deceitful Tessan Aoyama, or in agony over not finding the tenth plate, we will never know. In some versions, Aoyama is driven mad by the sound of her counting and kills himself to escape her torment.

For more spooky tales this Halloween, check out our Japanese scary movie list and our guide to Japanese monsters!