These are yearly events of May in Japan. Although unfortunately the public events will not be taking place this year, we still wanted to share them with you for your future trip to Japan. On the first of the month, we’ll share a monthly calendar of Japan’s yearly holidays and notable festivals.

Recreating the arrival of Yoshitsune, a military commander of the Heian period, Hirazumi located in Nishiwaii district, Iwate Prefecture will have several parades with actors and people dressed in Heian clothes.

There will be parades of Japanese traditional courtesans and warriors divided into the Heike clan and Genji clan from Genpei naval battle (1180-1185).

The commemorating day of the establishment of the constitution in Japan.

One of the biggest musical parades in Japan that will be held in the downtown area of Fukuoka.

The day to appreciate greenery in Japan. National Parks are open for free on this day.

A shinto ritual in Kuwana, Mie Prefecture where a youth rides a horse to climb a steep hill in order to foretell the harvest of the year.

Children’s Day is dedicated to expressing respects to both children and mothers.

Honoring the founders of Sensoji Buddhist Temple, there will be a parade with floats and geisha. This festival is famous for yakuza showing up their tattoos dedicated to the spirit of men founders of Sensohi Temple.

A festival of Western influences in Japan. There will be a samba parade and fireworks. 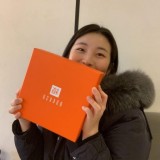 Gyeongyeong loves travelling but only when there is good food. Japan came on her radar when she took a bite of the juicy and tender Gyutan for the first time in Osaka. She visits Japan every year since. Her favorite thing to do in Japan is eating non-stop.