Here at Bokksu, we love tea. We just can't get enough. We probably drink five tea bags a day per capita. Some might say that's a problem, but not us!

All this tea-drinking has led us to become amateur experts on Japanese tea and its many, many varieties. I thought we'd share this knowledge with you and guide you down the rabbit hole that is Japanese Tea! 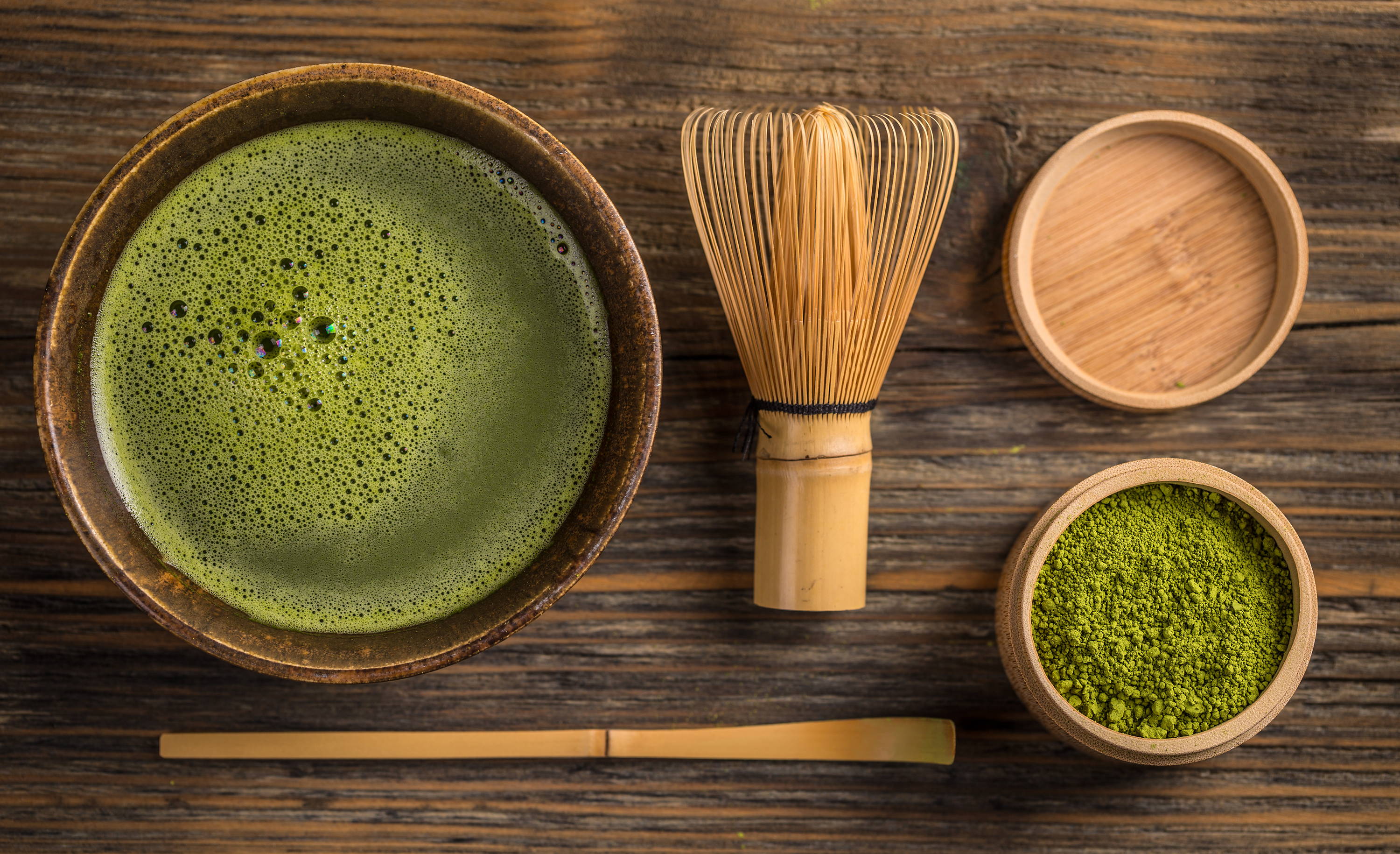 Tea's history in Japan is deeply connected with Buddhism's journey from China in the mainland to the Japanese Archipelago. Monks who studied Buddhism in China, where tea was already embedded in the culture, brought back the seeds of the tea plant when they returned.

Now the details are fuzzy. Who was the first person to bring tea to Japan, and when exactly that happened, are the subject of debate. However, historians generally agree that the Japanese likely first encountered tea during their diplomatic missions to China during the mid-late 8th century, and the first tea seeds were brought back to Japan in the early 9th century.

Since it was brought over with the monks, tea was central to Japanese Buddhism. It was cultivated on a small scale on monastery grounds as part of Buddhist practice. Emperor Saga became the first Japanese ruler to fall in love with the beverage and sponsor its growth in nearby Uji. For the first time, tea was being grown outside of monasteries, but the scale was still small. Only monks and nobility were consuming tea, mostly for its purported medicinal qualities. Gradually, the beverage was introduced to the Samurai and merchant classes. However, it would still be many centuries before tea-making processes advanced to allow for the booming tea culture we enjoy today. 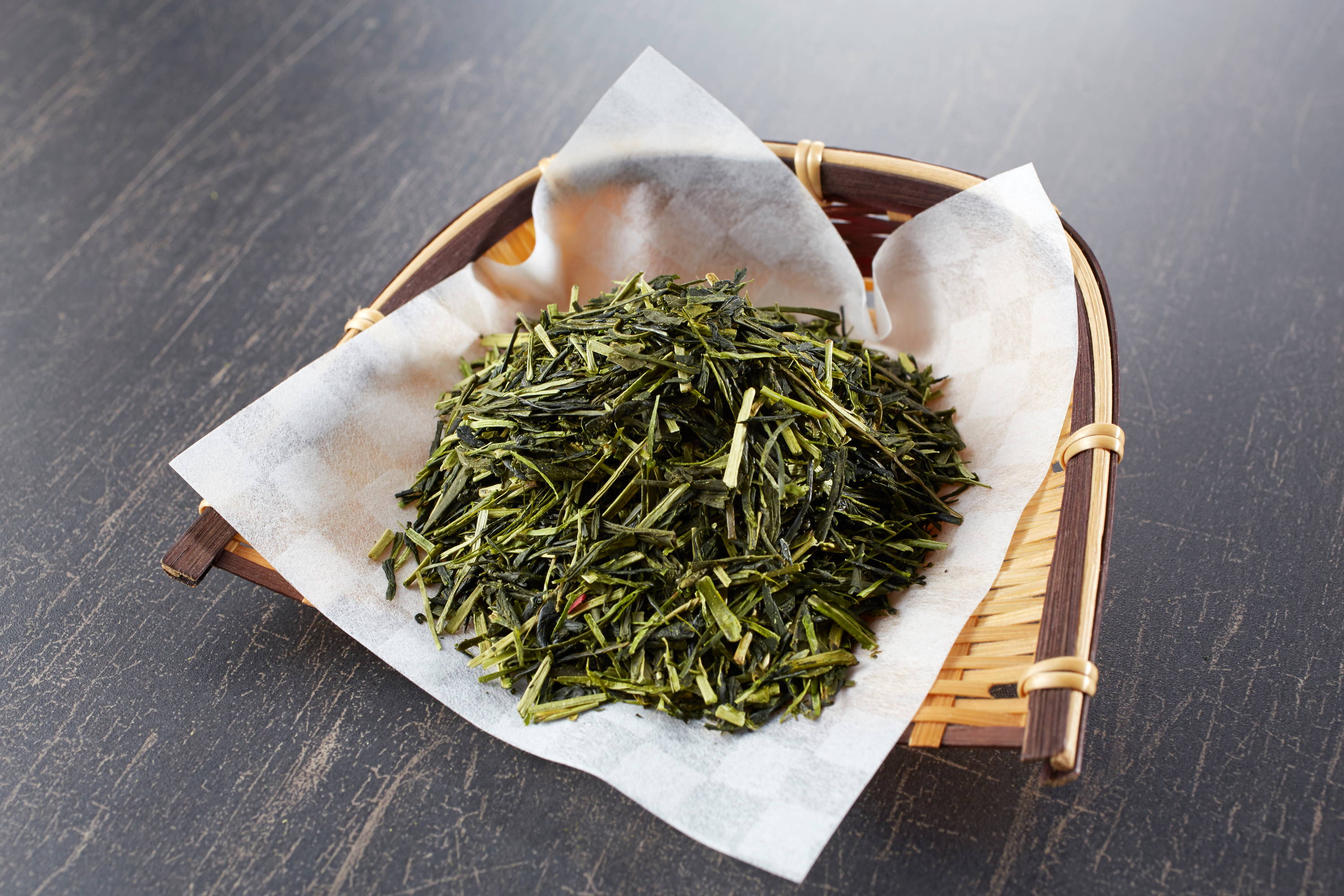 Ryokucha is an overarching term for Japanese green tea. It divides the world of Japanese green tea from kocha, "black tea." The difference is all in the processing of the tea leaf. Black tea is oxidized and fermented before processing, while green tea is processed immediately after harvesting. Ryokucha is the most popular tea in Japan, but it's an umbrella that encompasses many many types of teas, each with their own name like matcha, sencha, gyokuro, hojicha, etc. Below, we'll dive a little deeper into some of the more popular types of ryokucha "green teas." 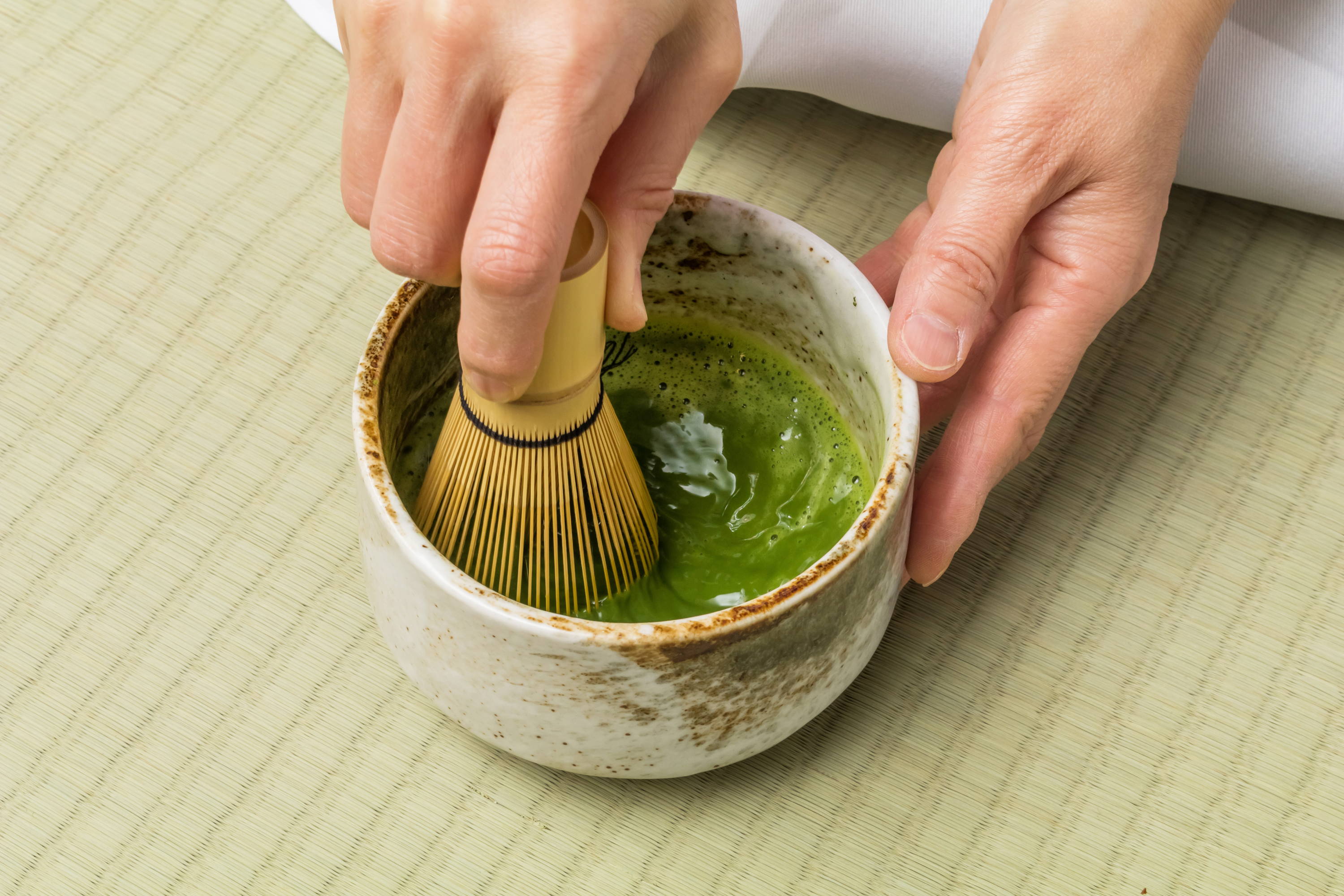 Matcha is one of the oldest forms of tea in Japan. When tea first arrived from China, it was in the form of bricks. Tea leaves were pressed and steamed to form a block that made easy storage and transportation. To prepare it, the tea was broken up, roasted, and then ground to a powder. After brick tea's introduction to Japan, a variety of changes occurred, resulting in what we consider matcha today.

Today, before the leaves are even picked, tea plants begin preparation for matcha weeks before harvest. The plants are shaded generally for 3-4 weeks, and for ceremonial and premium grade matcha, only the top-most leaves are picked. These upper-most leaves are younger, providing a better texture and flavor to the final product. Shading the leaves also increases chlorophyll production (deepening the color) and amino acids. The leaves are then laid flat and dried in the shade. Lastly, the veins and stems of the leaves are removed, and the remaining leaf is stone-ground to a fine powder. 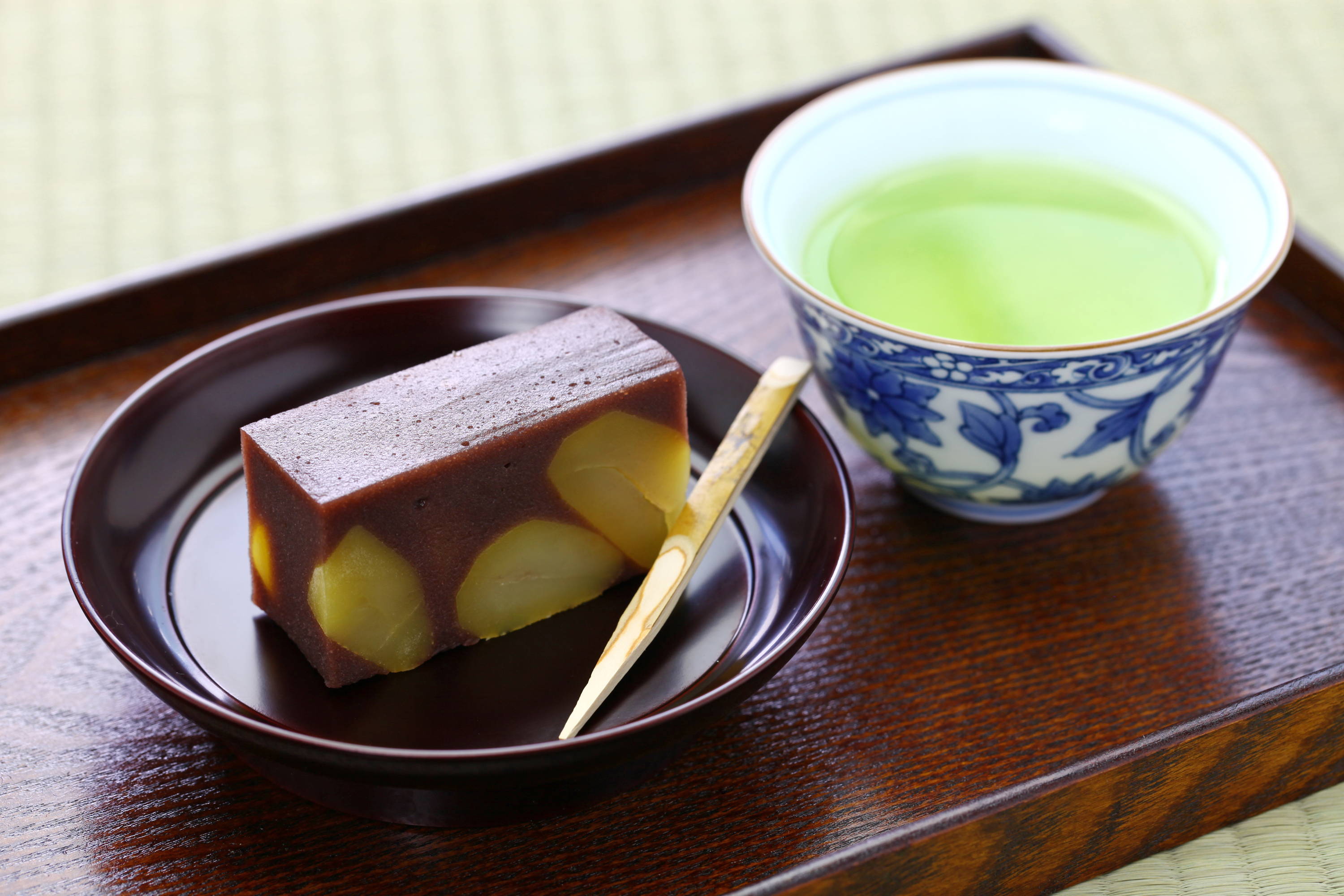 Much of the production process for Gyokuro is the same as matcha. Plants are shaded before harvest, and only the upper-most young leaves are selected for gyokuro. These whole leaves are then rolled before drying but are never powdered. The resulting steeped tea is a beautiful, jade-green hue, giving it its name "Jade Dew."

Try our Pure Gyokuro for a taste of this premium Japanese tea.

Sencha is one of the most popular Japanese green teas. Unlike gyokuro or matcha, sencha is not shaded at all before harvest. The ideal color for sencha after steeping is yellow-green. Part of sencha's wide appeal is how the flavor varies depending on the temperature of the water used, and the steeping time. Like many other teas, sencha has varying grades of quality. Most prized is shincha or ichibancha, meaning "new leaves" and "first leaves," respectively. These terms designate the first-picked tea of a season, indicating it's the freshest tea and is made with the youngest leaves for optimum flavor. 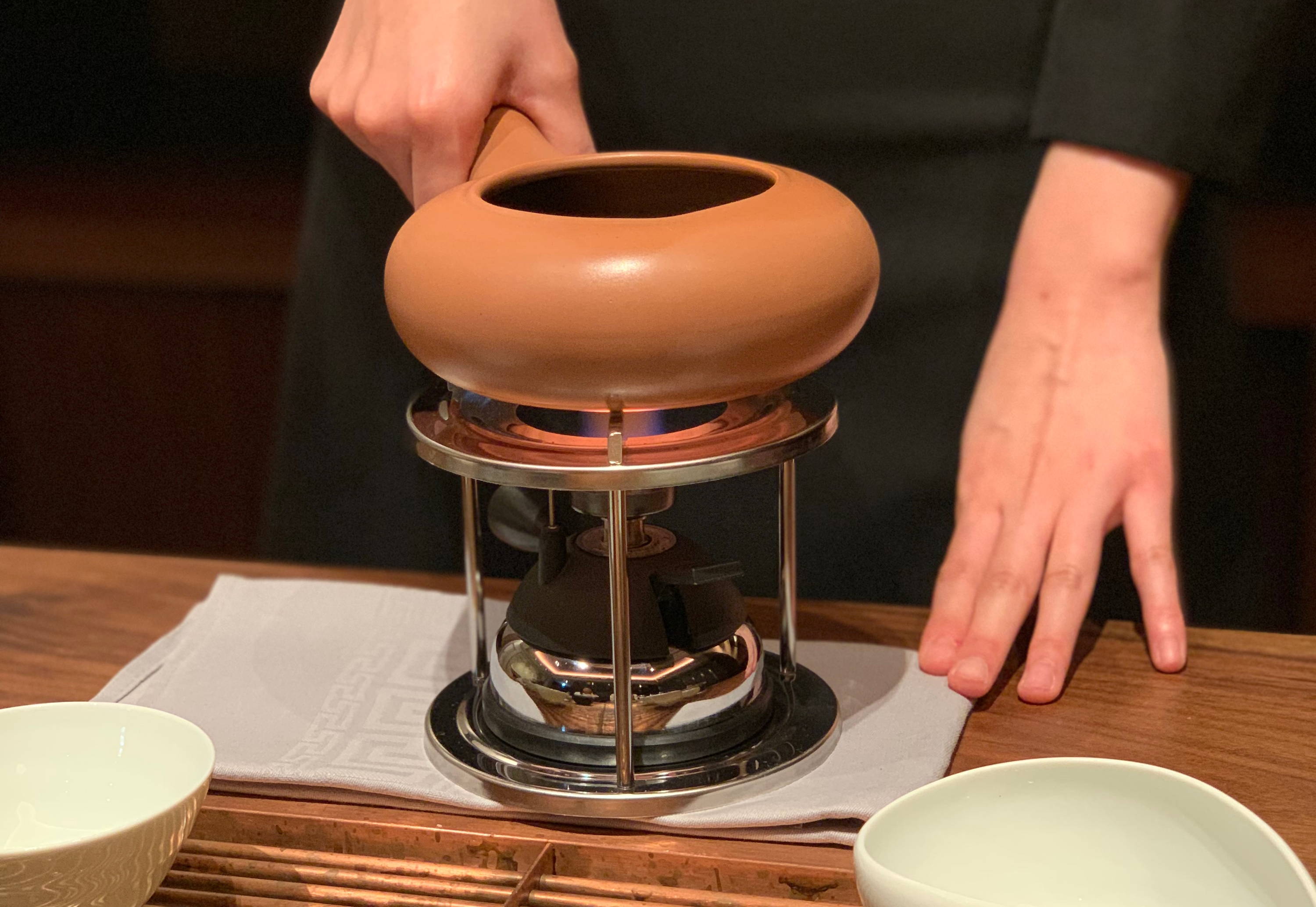 Bancha is the second harvest of tea, harvested in the Summer to Fall from the same plant as sencha. As a broad category, it's considered the lowest grade of green tea, but within bancha, there are 22 different possible grades. It tends to have a grassier aroma. Hojicha is often made using bancha leaves.

While most green teas are steamed, Hojicha is roasted over a charcoal in a porcelain pot. This turns the leaves a reddish-brown and gives it a roasted flavor, sometimes described as having notes of caramel. Roasting the tea in this way helps reduce the caffeine content of the final tea. Credit is given to Kyoto for being the birthplace of Hojicha in the 1920s. 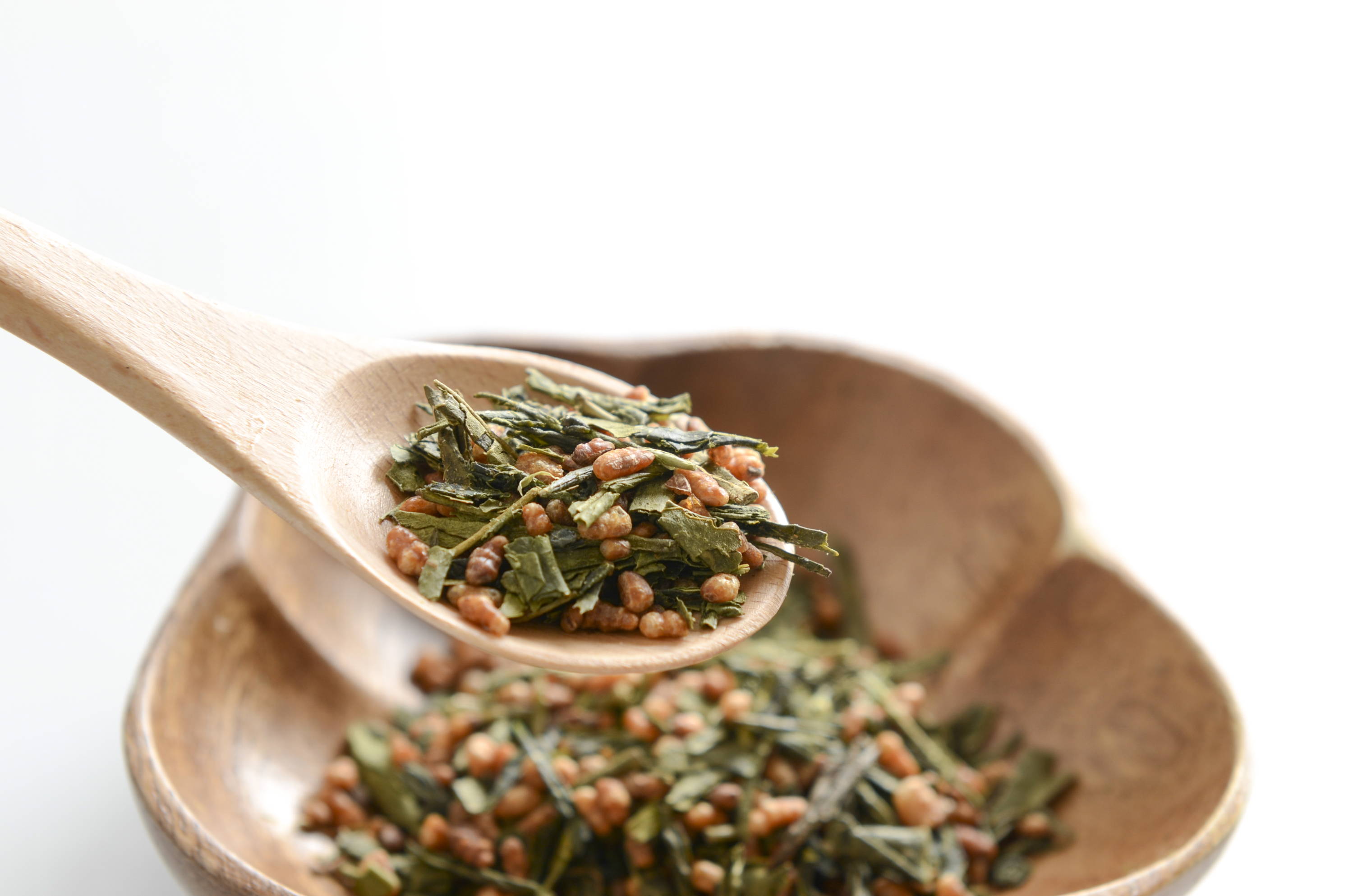 Though kukicha is the most well-known name for this tea, it can go by a variety of others. Kukicha is "twig tea" made by the stems of the tea plant. For kukicha, sometimes also called bocha, the stems come from matcha or sencha production. When the stems are from Gyokuro production, it sometimes goes by the name karigane or shiraore. Kukicha is enjoyed for its smooth, creamier sweet flavor.

Genmaicha is a blend of green tea and roasted brown rice. It was once known as "people's tea," as the brown rice was originally added both to bring down the cost of tea per ounce, and to make the beverage more filling. Nowadays, it's a favorite among tea-drinkers for the pleasantly warm flavor added by the brown rice. Another popular variety of genmaicha is matcha iri genmaicha, which is blended with matcha powder for a more robust green tea flavor. 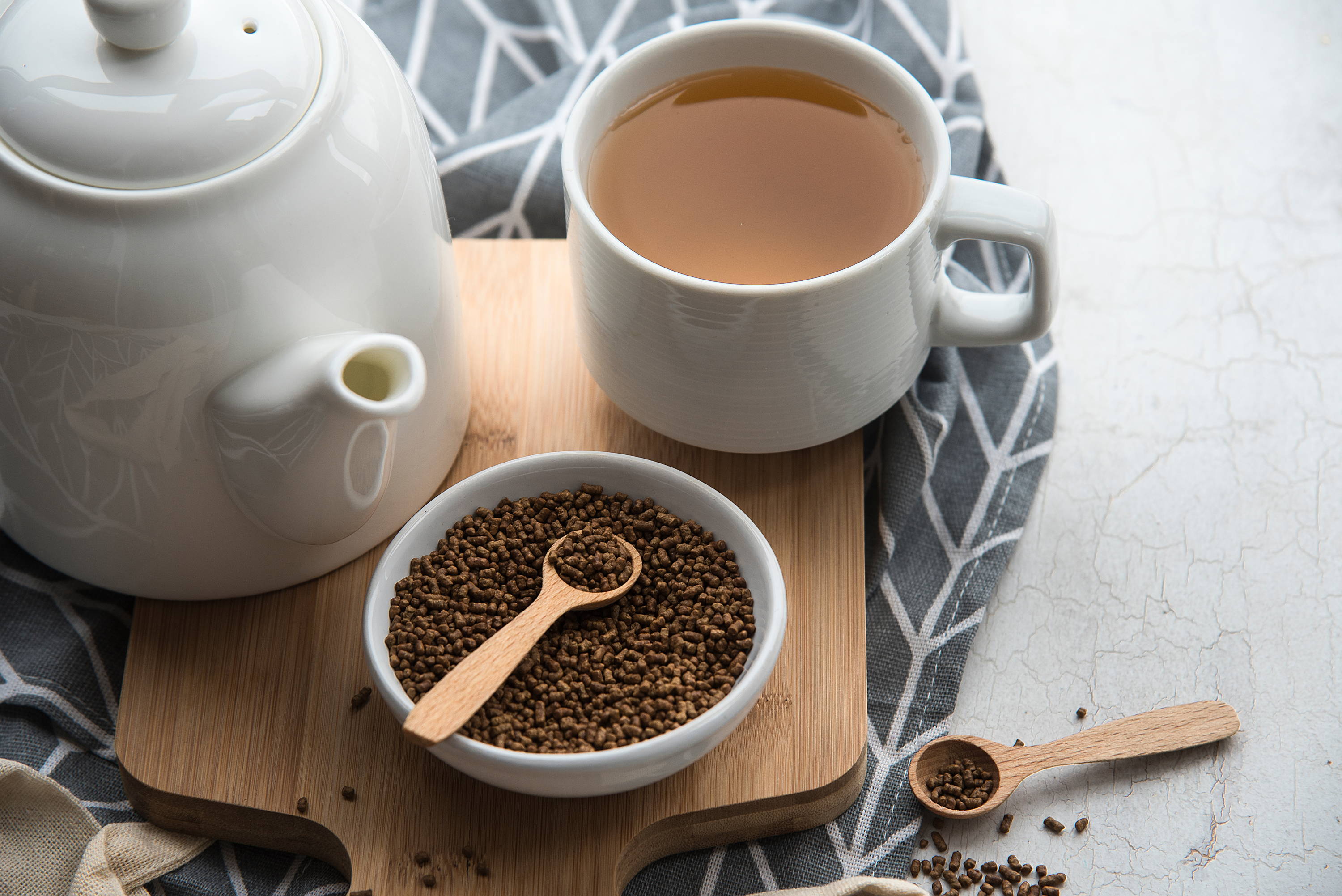 Green tea definitely dominates the Japanese tea market, but there are many other popular teas too. I say "herbal" because the teas are not made with leaves from the Camellia Sinensis plant and use other plants or sometimes grains instead.

One of my personal favorites, sobacha, is made with roasted buckwheat kernels. It creates a very savory and nutty flavored drink.

Mugicha is particularly popular in the summer months as a cold brew tea. It is made with roasted barley and has a nutty flavor with slightly bitter undertones. As a cold drink, it is particularly refreshing.

The name of this tea literally translates to "sweet tea." The key to its sweetness is the fermented leaves of Hydrangea macrophylla. It is naturally caffeine-free and contains a natural compound called Phyllodulcin, which is about 400-800 times sweeter than table sugar. It is most commonly used to celebrate the Buddha's birthday on April 8th, when it is custom to pour amacha on a small statue of the Buddha. 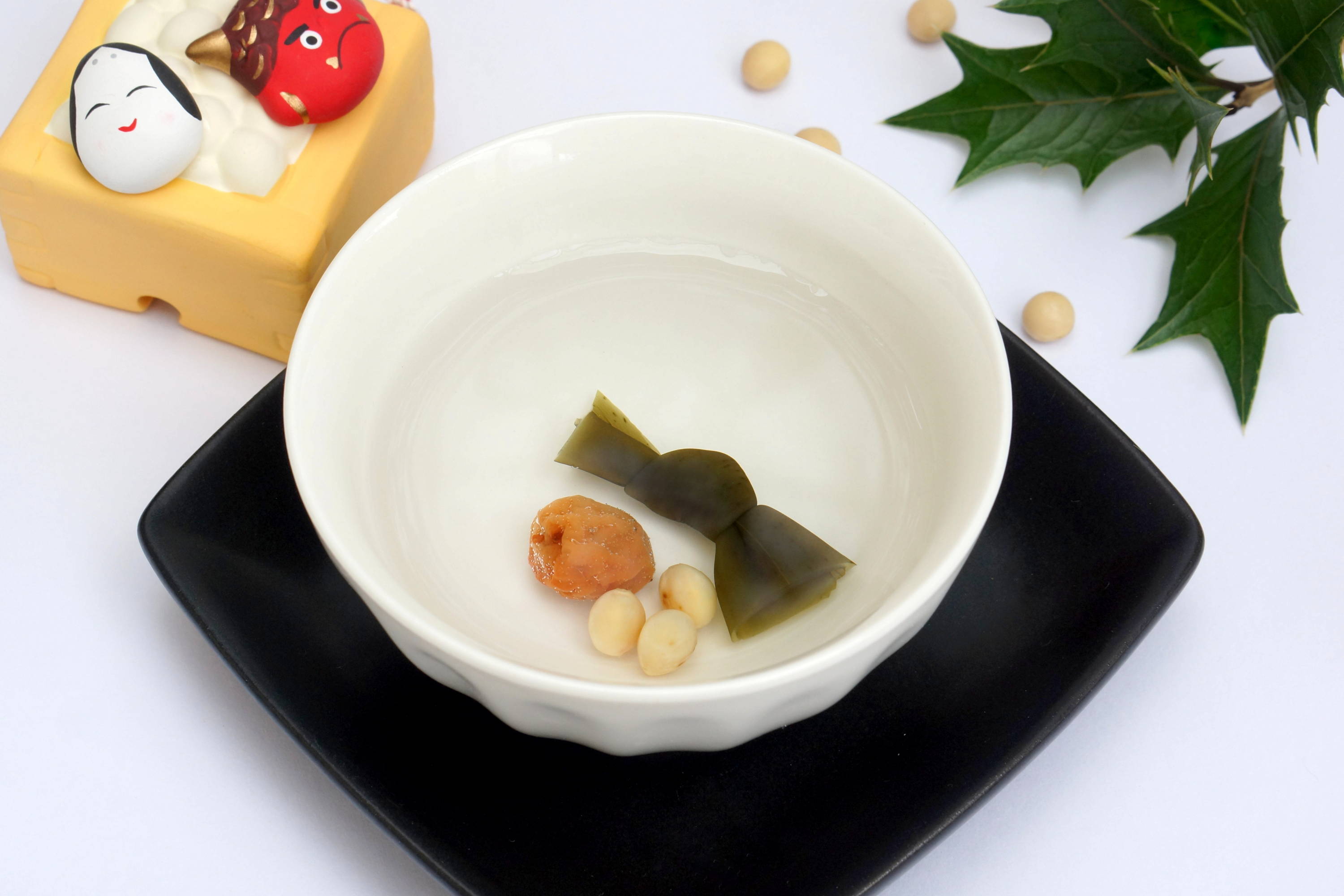 Not to be confused with the fermented beverage, Japanese kombucha is quite literally "kombu (kelp) tea." It can be made with dried kelp powder or kelp sheets. Kombu is naturally rich in umami flavor compounds. Steeping it in hot water releases them into the beverage for a very savory drink.

These are just the very basics to introduce you to the teas you're most likely to encounter in Japan, but really we've only dipped our toes in the vast ocean of Japanese tea. There are regional teas, and roasted teas, and blended teas, and so on. With so much tea out there waiting to be tasted, I think you better get drinking.