Wagashi is a broad term used to describe traditional Japanese confections typically enjoyed with green tea. Wagashi translates to “Japanese sweets” or “Japanese snacks” and was coined during the Meiji period (1868-1912) to differentiate it from European sweets after Japan’s isolationist period came to an end. Japanese wagashi predates its name, however, and became popular in Japan during the Edo period (1603-1868) when the  Japanese tea ceremony became more common. Chinese confections and dim sum are cited as some of the original inspirations for these traditional Japanese snacks, but since their creation, wagashi has become a unique expression and celebration of Japanese confectionery and Japanese culture! 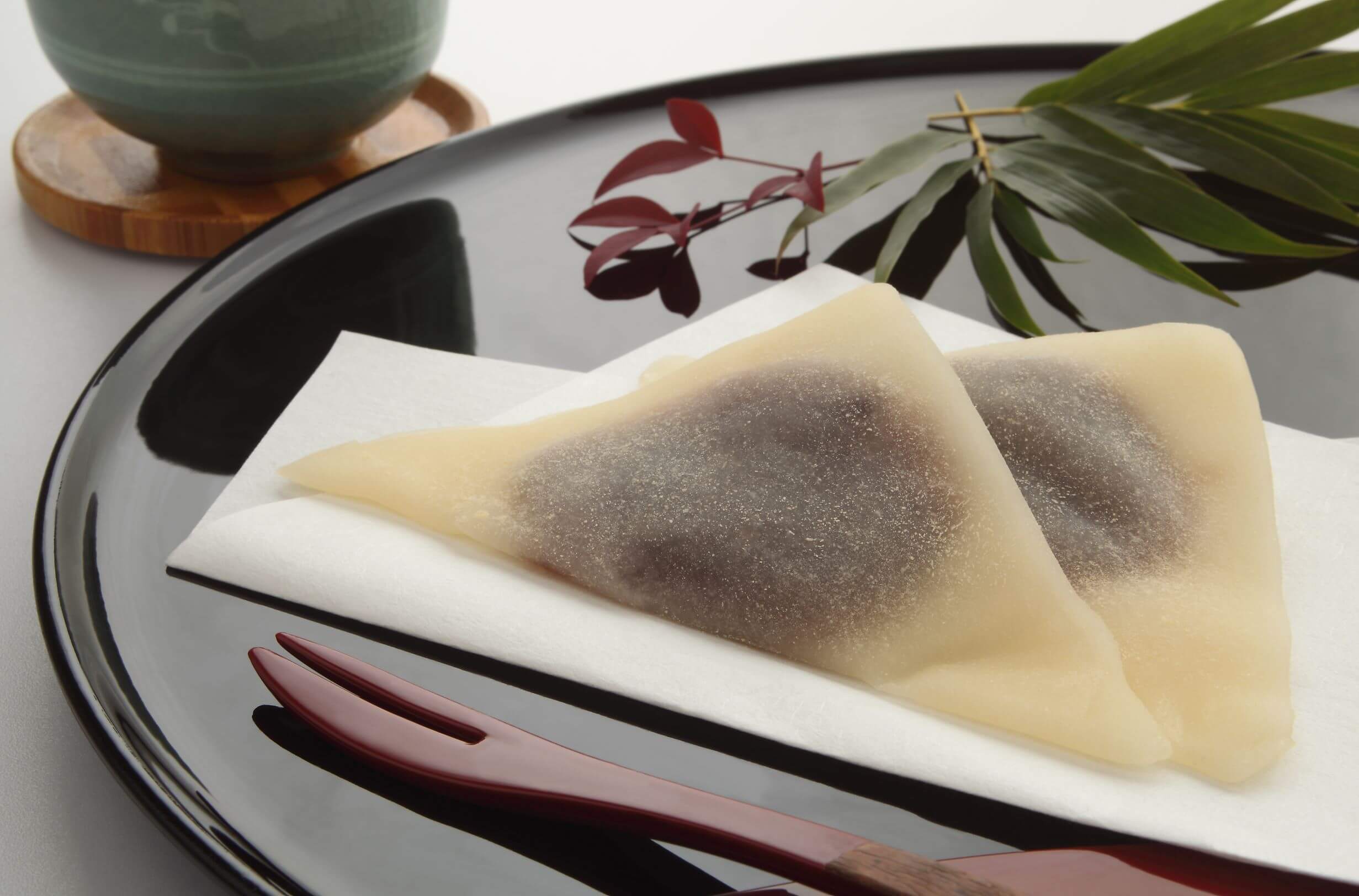 Wagashi often features beautiful and intricate designs, making them works of art and delicious traditional Japanese treats. The designs and flavors of Japanese wagashi can vary based on region, season, or simply the artisan’s vision. An example of regional wagashi is yatsuhashi, a popular miyagegashi (souvenir sweet) from Kyoto. 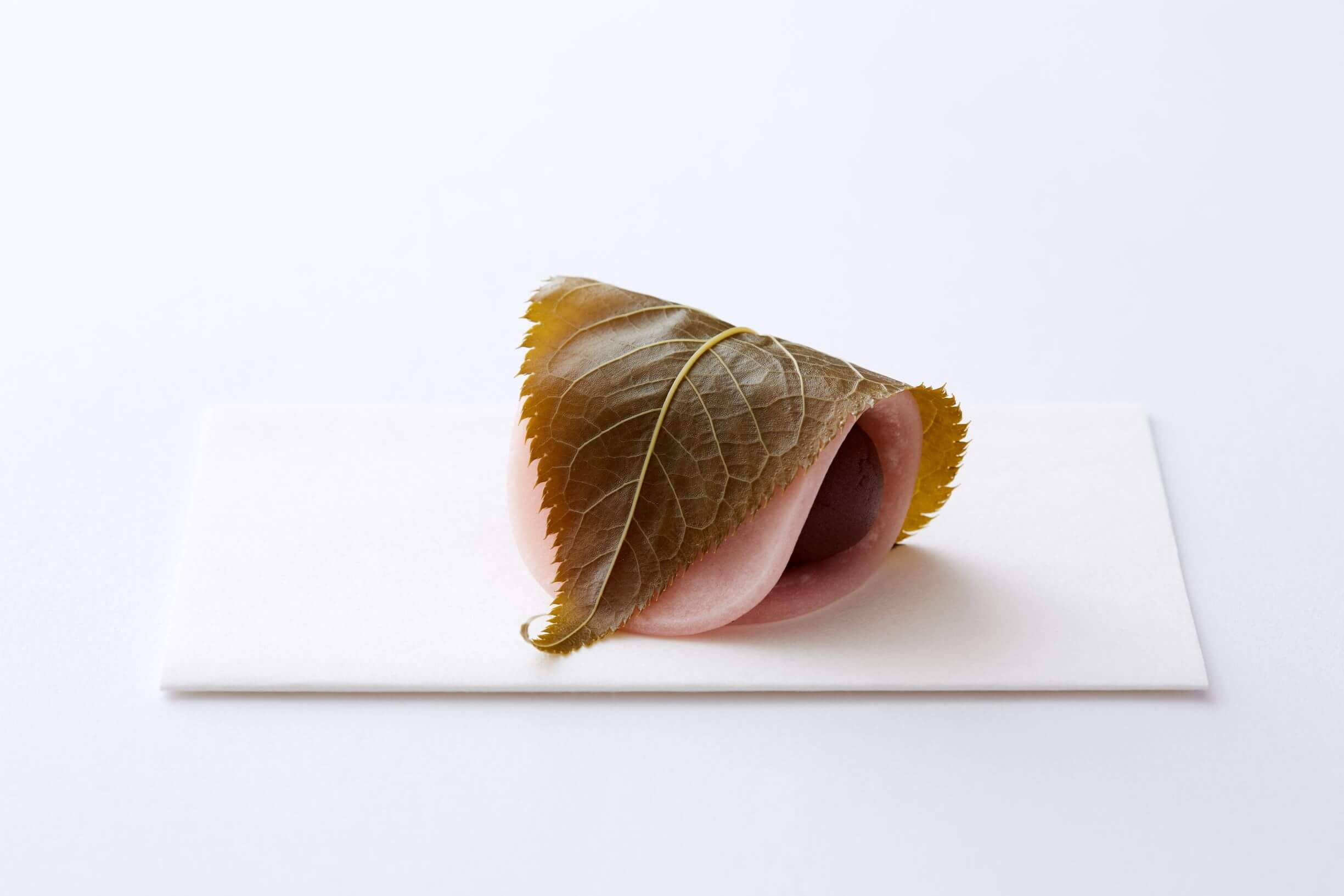 As for seasonal wagashi, there are different types sold during each season of the year, including the popular spring-time sakura mochi and manju. There are specific motifs used in the design of seasonal wagashi, which typically include sakura for spring, water for summer, leaves for autumn, and snow for winter. There are also certain flavors used in seasonal wagashi. Autumn, for example, features warm flavors like chestnut and persimmon. 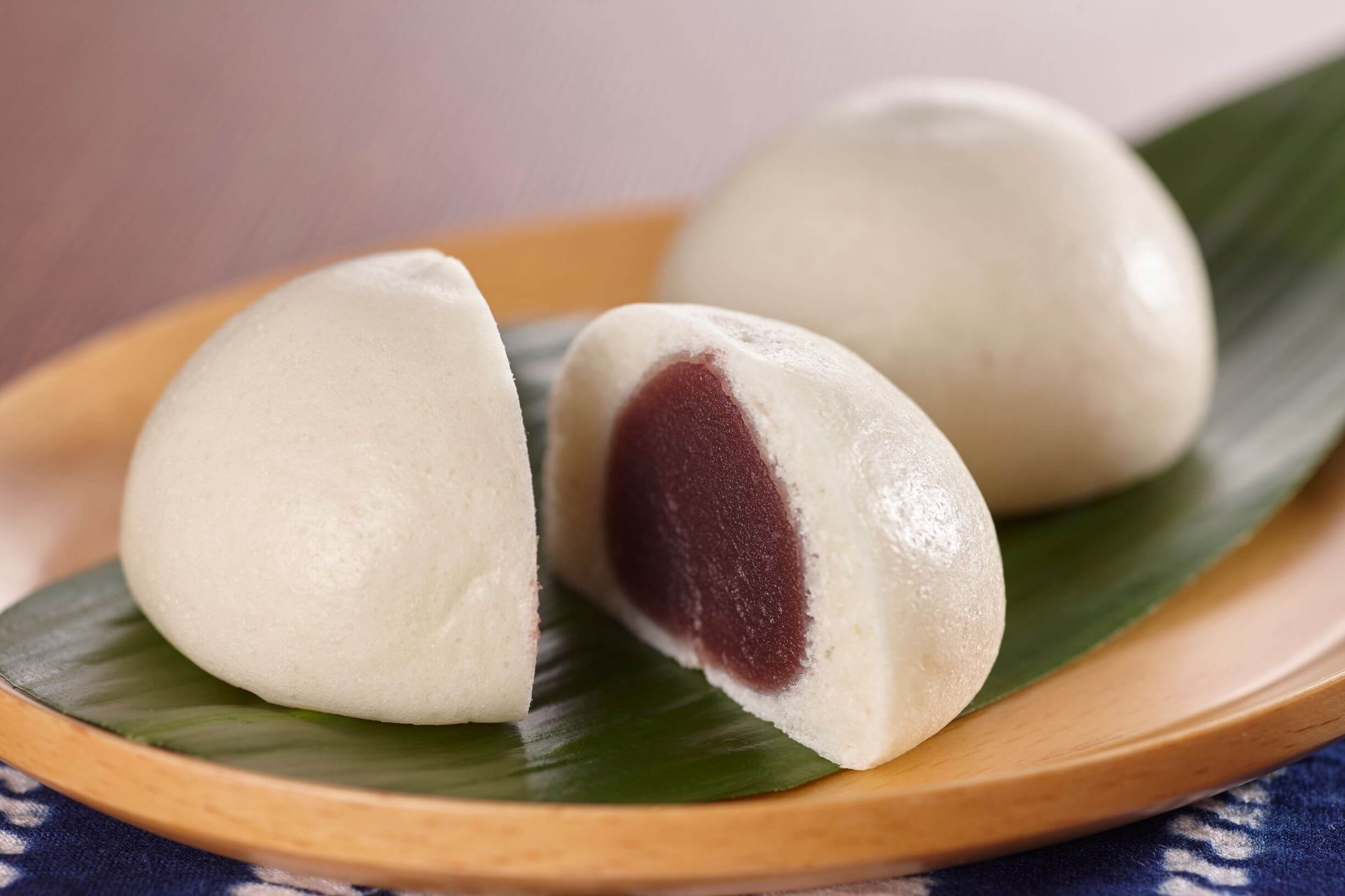 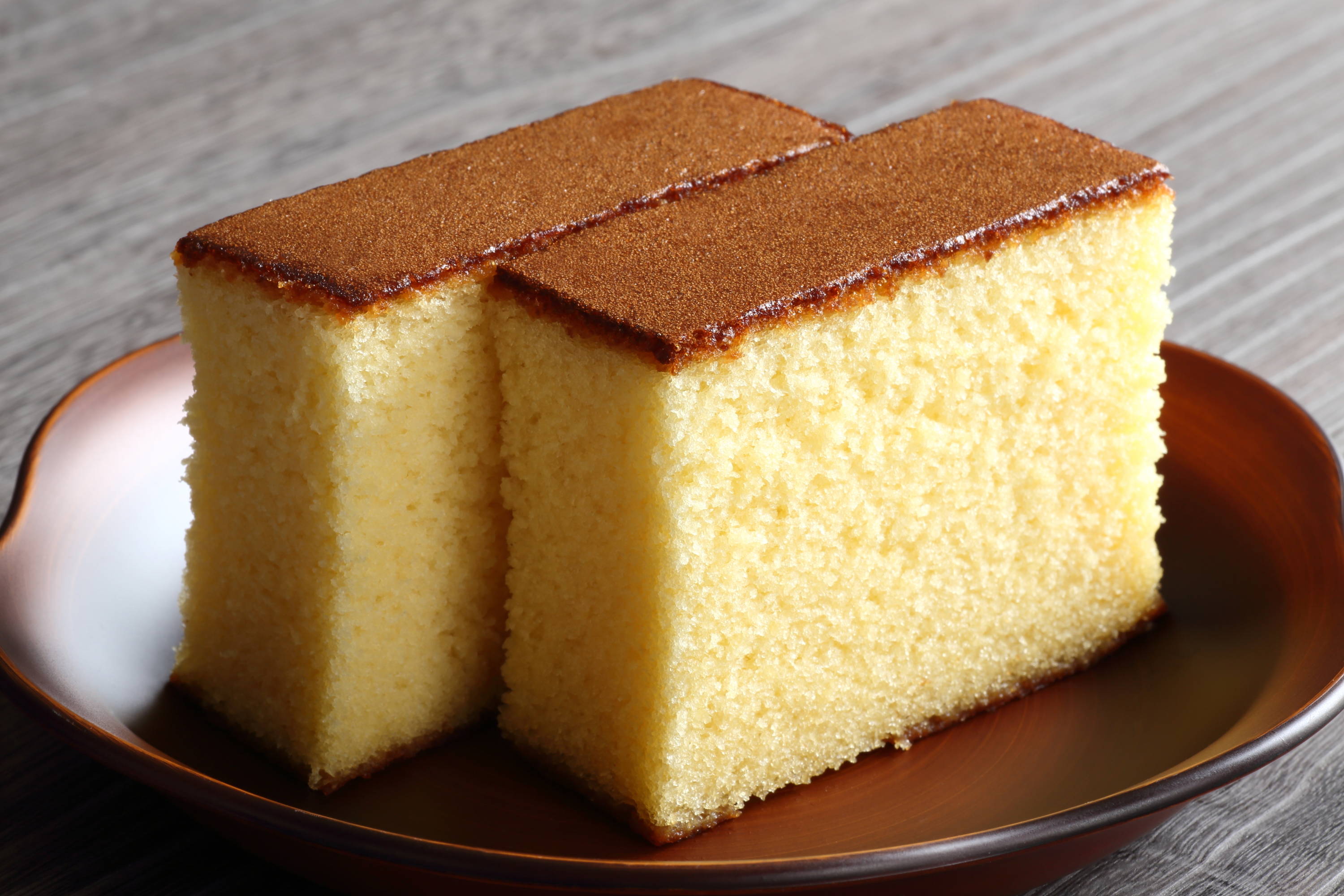 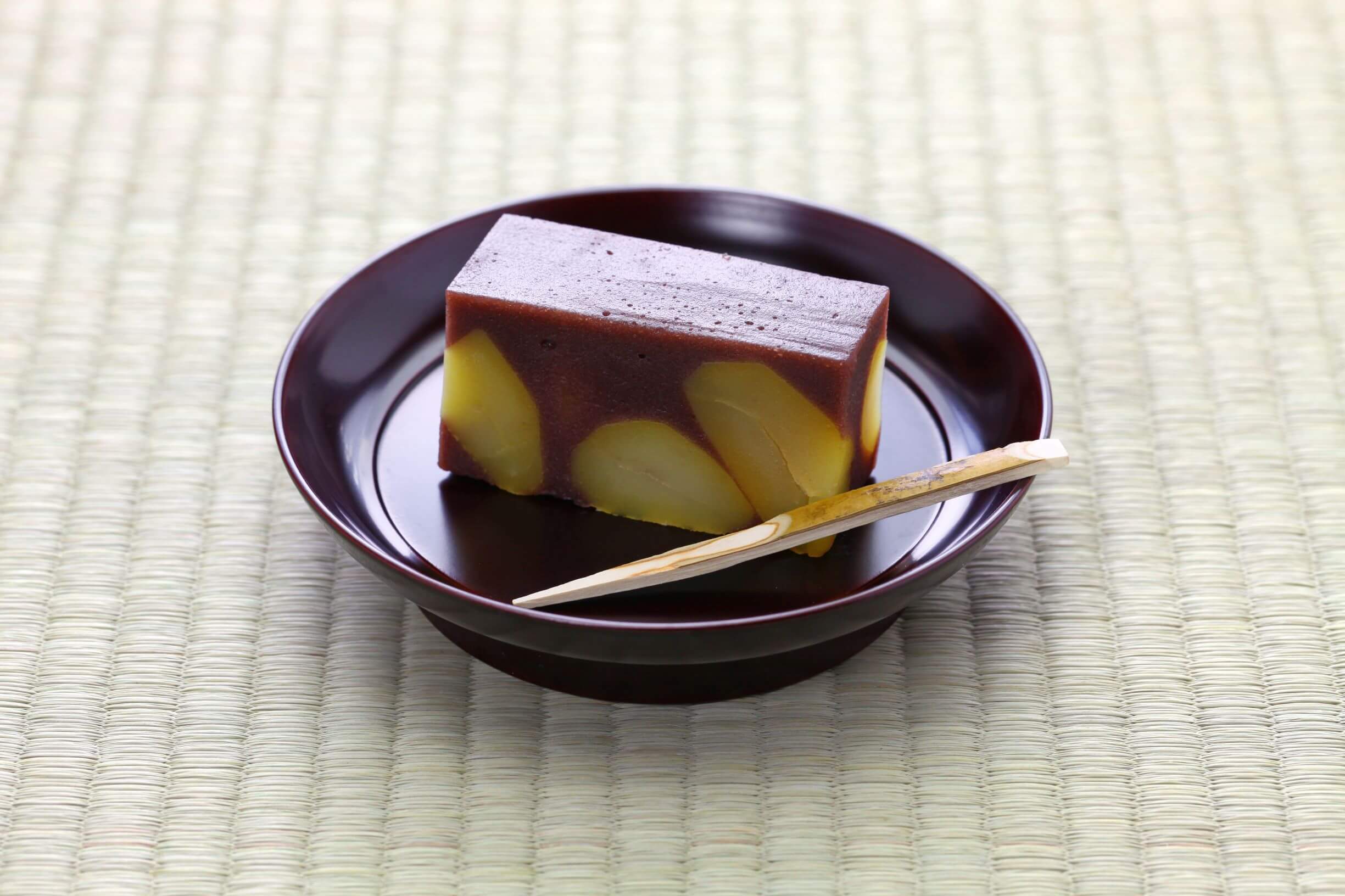 There are many variations of wagashi, but an easy way to categorize them is by the method of making them. The Tokyo Wagashi Association breaks wagashi down into eight categories: 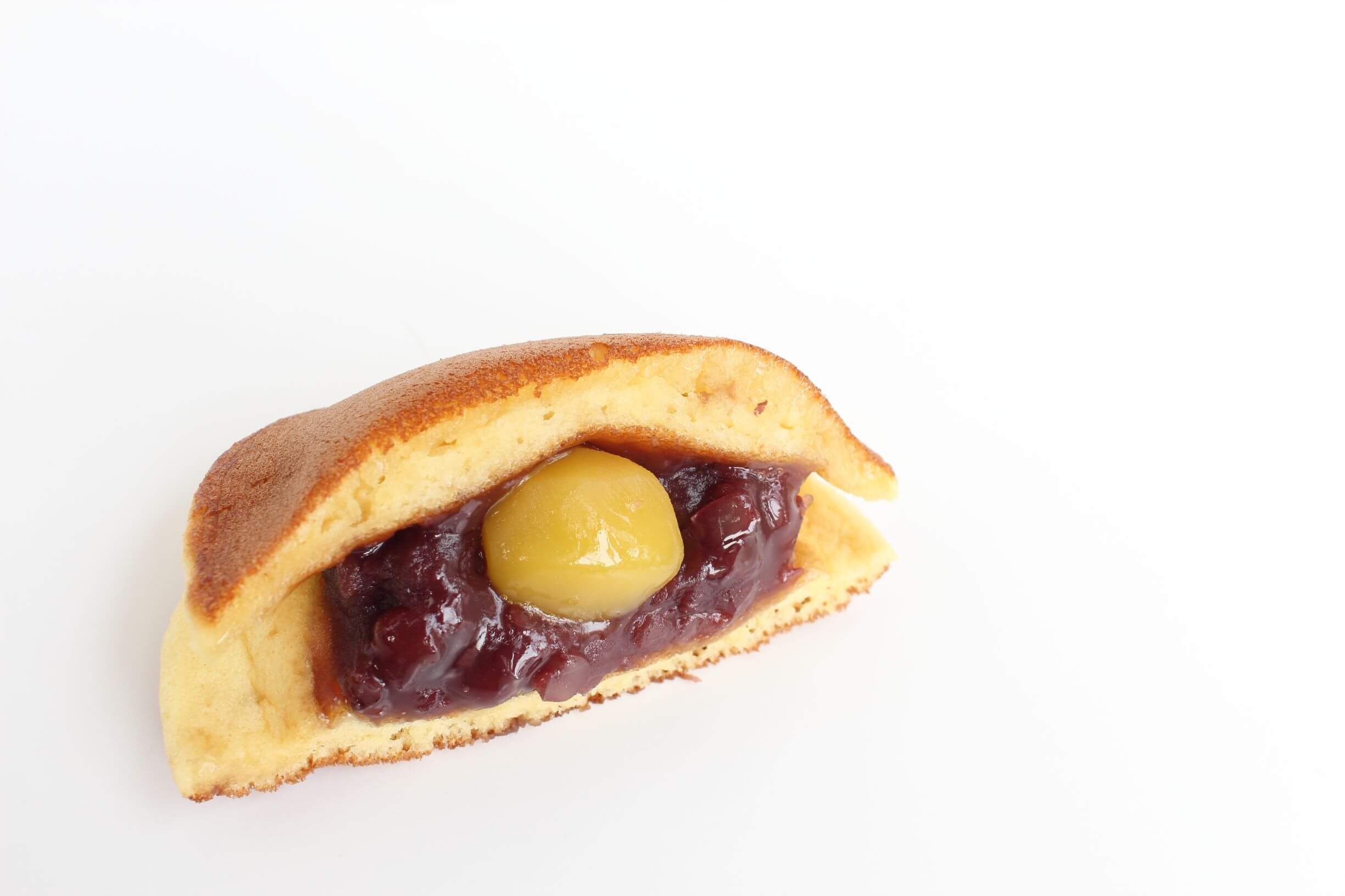 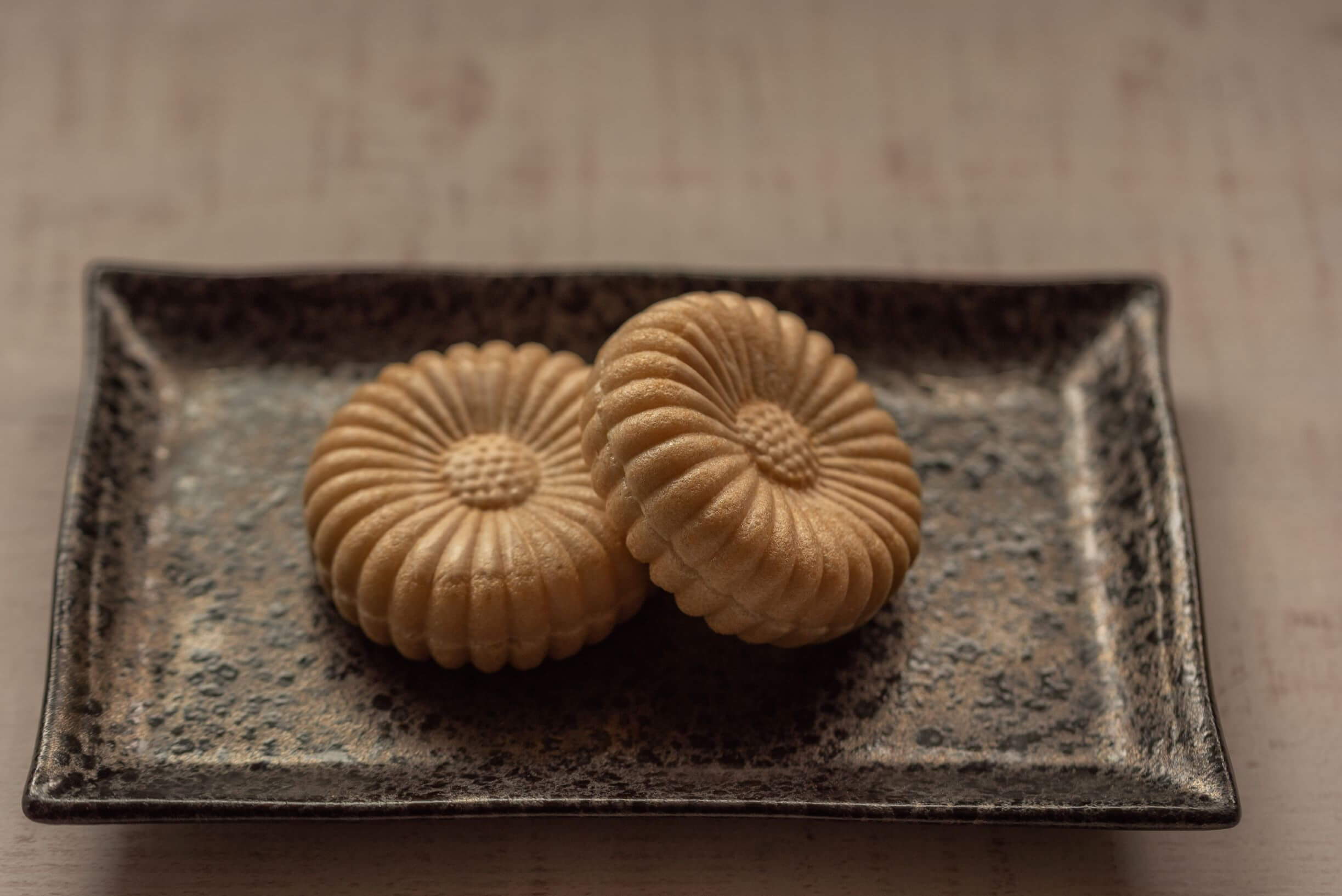 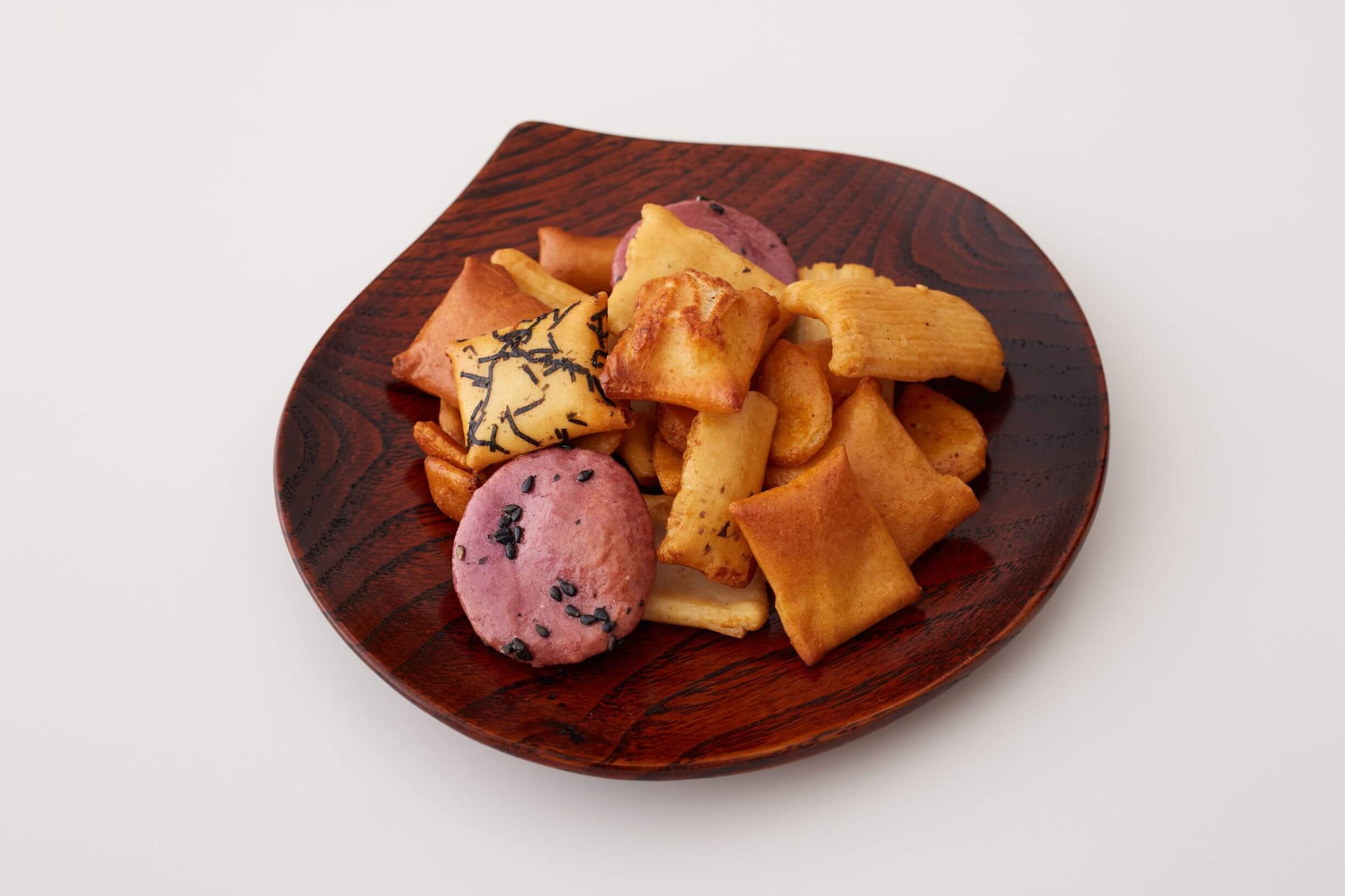 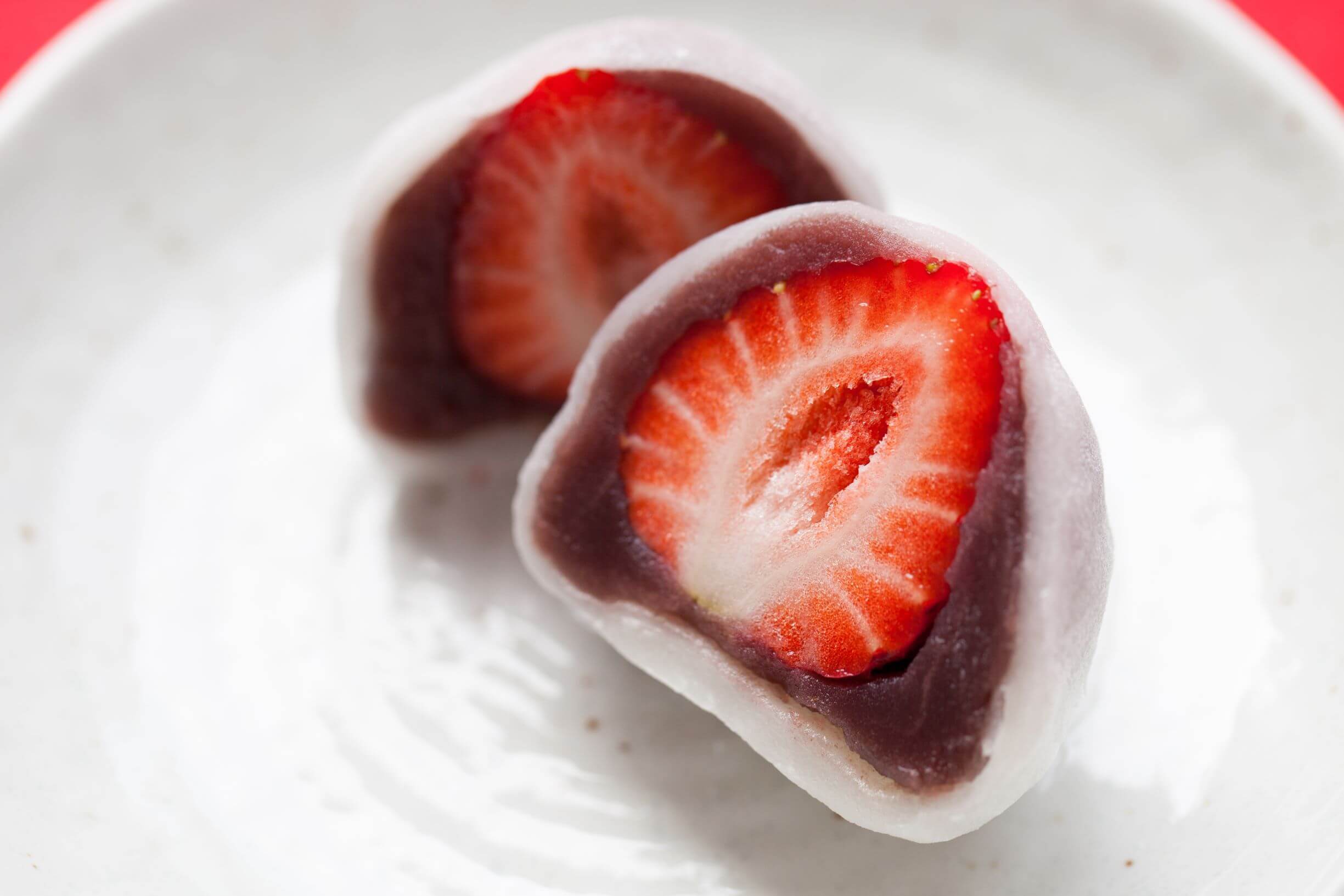 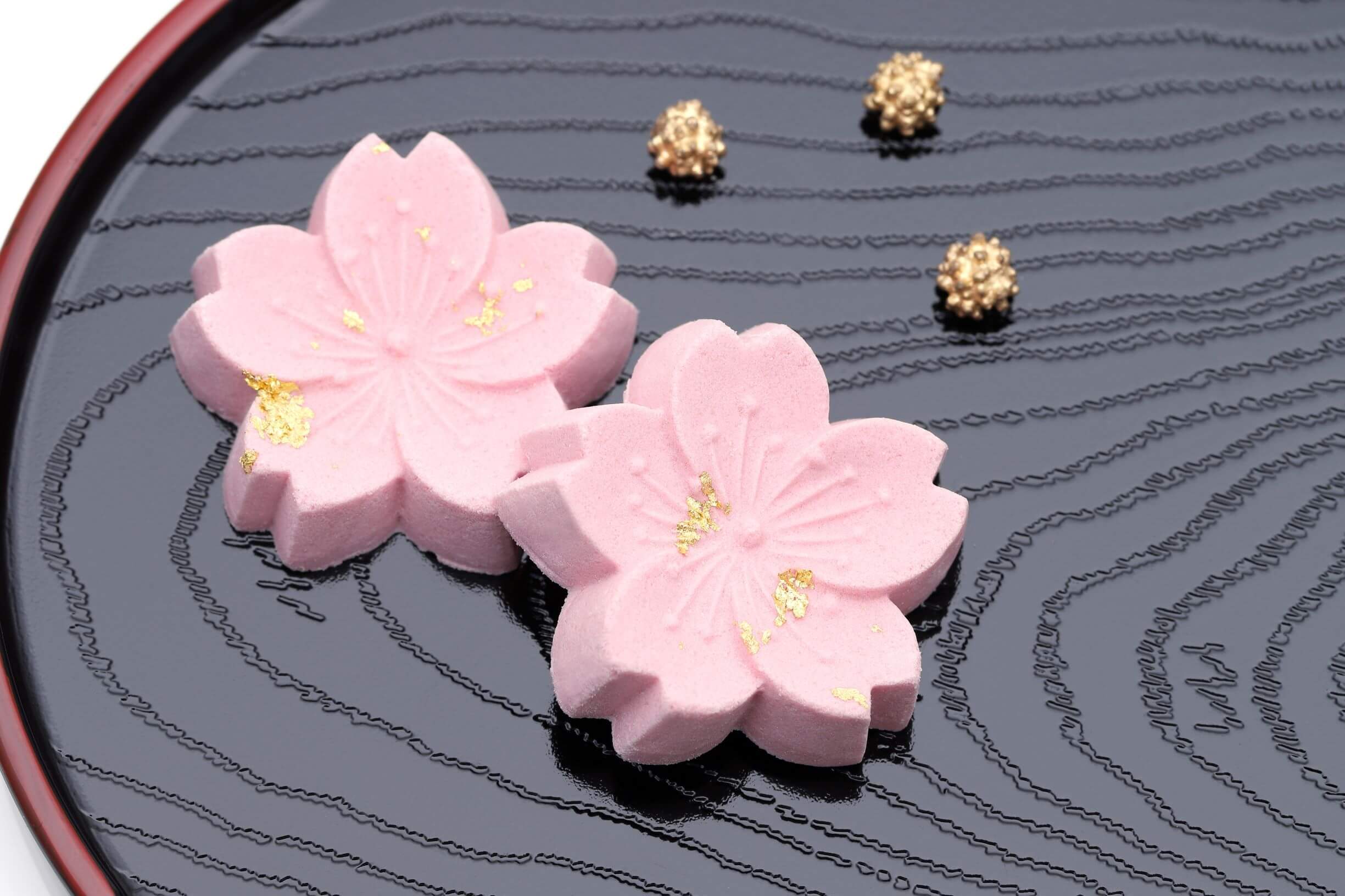 While modern influences can inspire experimentation with wagashi, traditional wagashi are mostly plant-based, containing no dairy and using agar as opposed to gelatin for texture. Because of the use of natural ingredients, wagashi are considered to be healthier than the typical western sweets which feature processed ingredients and high sugar content. Some of the most common ingredients in wagashi are anko, or bean paste, rice, fruit, and nuts. Common types of wagashi include mochi, daifuku, nerikiri, and rakugan. 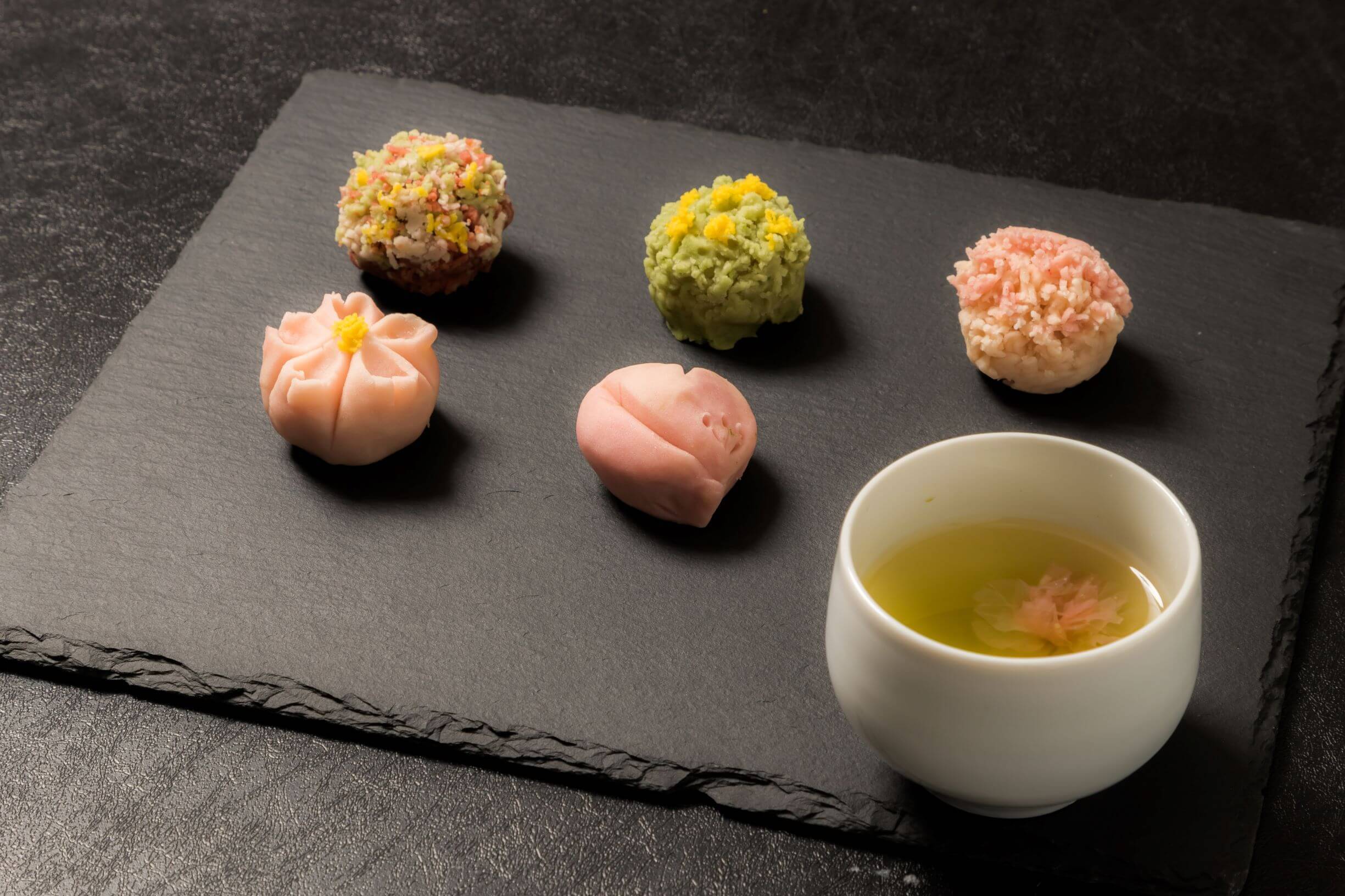 Nerikiri wagashi is a type of wagashi that allows for a lot of creativity, as it is made from white bean paste and mochi and can be shaped by hand into various designs. Many of the beautifully intricate wagashi you see pictures of on social media are likely made this way!

Because of its popularity, there are many different places that sell wagashi in Japan. There are wagashi shops that focus solely on selling wagashi that can be found in various locations, including train stations and airports, for a convenient last-minute purchase. Since wagashi are a popular gift in Japan, these shops usually offer beautiful selections of wagashi that you can get in a nice box to give to a loved one. Other shops may sell wagashi along with other food items and drinks. Wagashi are also sold in many tea salons, where patrons can enjoy a hot cup of tea paired with some delicious traditional Japanese confections. 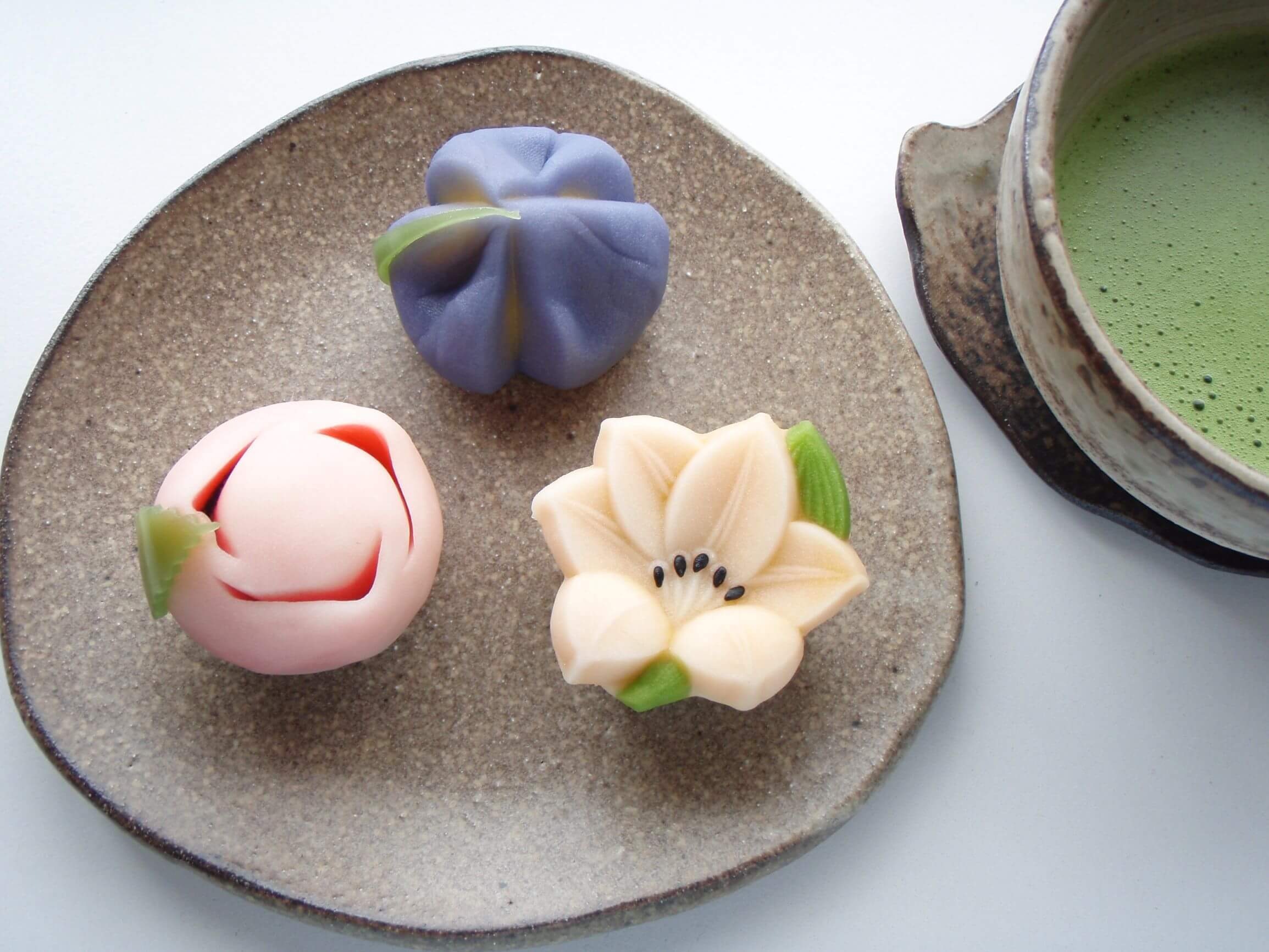 Wagashi are not only used to represent the seasons but they are also used to celebrate certain festivals and events. They are often given as gifts during festivals and as special gifts for one’s guests. Wagashi also continue to be served during Japanese tea ceremonies, but they are also enjoyed with a casual cup of tea as well. The sweetness of wagashi pairs especially well with the bitterness of green tea and the earthiness of matcha. Ultimately, wagashi is much more than a delicious Japanese snack; they are a beautiful artistic representation of Japanese culture, and they continue to hold significance in Japanese confectionery, festivals, tea ceremonies, and everyday life.

Wagashi is always beautiful, but when it's sakura-flavored, it's even better!