Most of us grew up learning that there are four basic tastes: sweet, sour, salty, and bitter. In recent years, “umami” has become a buzzword flying about, adding a whole new taste dimension to your palette. You’ve probably heard the word from chefs and judges on cooking shows, but what does “umami” actually mean?

Umami has been nicknamed the “fifth taste,” and the word first appeared when Ikeda Kikunae, a Tokyo University professor, was studying kombu seaweed broth. He found that kombu couldn’t fall into the four categories of taste, and thus created a new word, umami (旨味; literally “good flavor”). Of course, this isn’t to say that umami didn’t exist before Professor Ikeda wrote about it! There just wasn’t a word for it until then, but umami has existed through the centuries in miso soup broths, tomato-rich pastas in Italy, and fish-sauce-based dishes from Southeast Asia.

Ikeda broke it down in his 1908 paper that umami comes from glutamate, a substance found in a variety of foods, including meats, fish, and certain vegetables. Others would come after him to write about more substances that create umami, including inosinic acid found in bonito flakes (the paper-like fish flakes you see on top of takoyaki).

Umami may be a little tricky to define, but we’re sure you can get a sense for it with some foods you may already be familiar with! Check out some umami-packed savory snacks below. 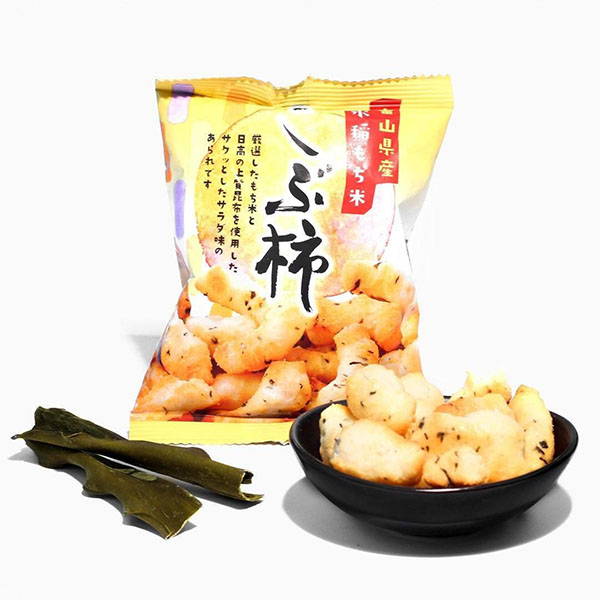 We keep talking about it, so it’s only natural that we start with kombu, a type of kelp or seaweed that is a staple in Japanese cooking. Kombu shines as a key ingredient in these savory rice crackers speckled with seaweed. The umami is further enhanced with soy sauce, creating an addicting flavor. 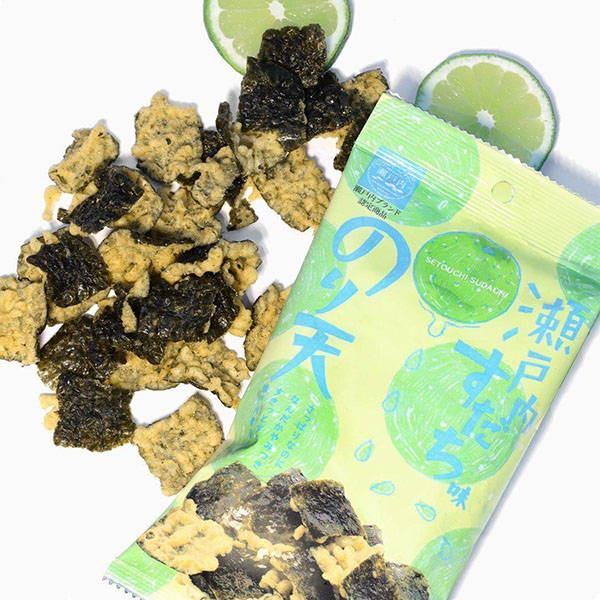 You’re probably used to seeing seaweed wrapped around sushi rolls, but it’s also a delicious snack on its own! Try it out for yourself with fried seaweed sheets flavored with sudachi citrus fruit. The contrast of umami with a tart flavor creates a unique flavor profile that is sure to leave an impact on your taste buds!

The sea is overflowing with umami-rich foods that are often incorporated in Japanese savory rice cracker snacks. 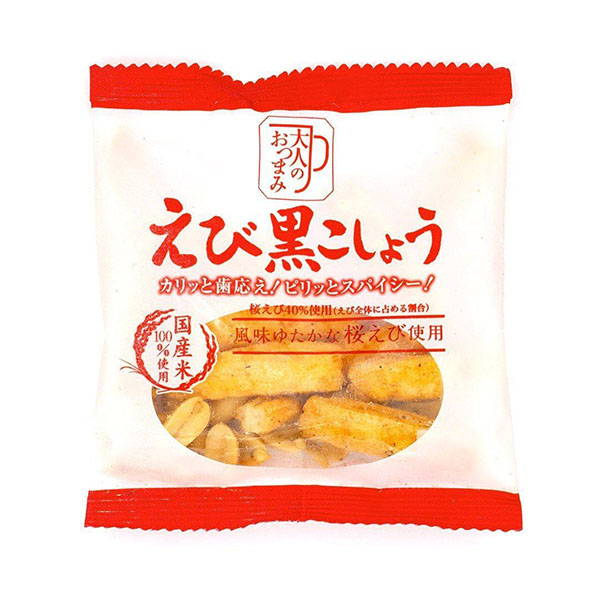 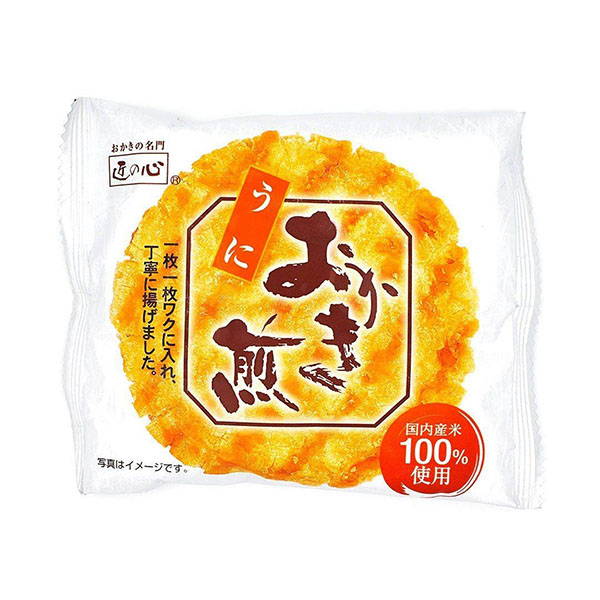 Shrimp chips are a classic Japanese snack, but why not step it up a notch with Ebi Crunch Black Pepper, a spicy variation of this crunchy treat? As if that wasn’t enough to tantalize your taste buds, this version is made with sakura ebi, a rare shrimp that can only be harvested twice a year!

Uni, or sea urchin, may be unfamiliar and a bit intimidating to some, but it’s one of our favorites! Uni itself has a savory flavor and buttery texture, without being too fishy. Get a taste for it with a buttery rice cracker fried to perfection and drizzled with uni-flavored sauce.

Umami flavor is enhanced as food items are aged, so that’s why fermented foods such as cheese and cured meats pack a punch on your taste buds. Soy sauce is made of fermented soybeans and is therefore rich in umami. 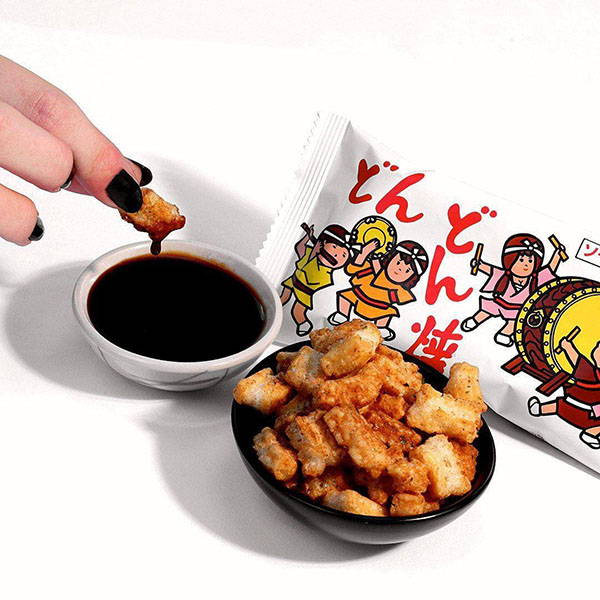 Tonkatsu sauce is made with soy sauce and various vegetables and fruits, including tomatoes and apples, to create a layered flavor profile that has a bit of umami, sweet, and savory. This condiment is often used to flavor fried dishes like yakisoba noodles. Get a taste of it with Dondon Yaki, a rice cracker marinated in tonkatsu sauce. 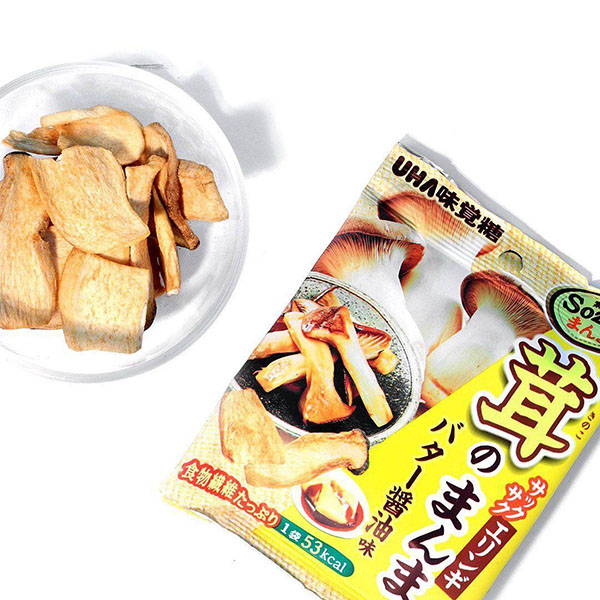 Interestingly enough, dried mushrooms are bursting with umami flavor. Check out these mushroom chips, amply seasoned with butter and soy sauce, that will leave you drooling! With a light texture that crunches like potato chips, it’s a challenge not to devour this bag in seconds.

Is your mouth watering? Discover even more savory snacks bursting with umami flavor through a Bokksu Japanese snack box subscription. If you have any questions about our snacks or would like to learn more about the many exciting Japanese snack flavors, reach out to our team of snack experts.

April 14, 2021
What Is A Typical Japanese Breakfast? Hint: It’s Not Japanese Pancakes

Though readers may be familiar with the photogenic Japanese pancakes of internet fame, these confections are more tea-time sweet than the breakfast flapjack. As with all meals, a Japanese breakfast...

Keeping your employees happy is an important element of running a successful business. If your employees could use a bit of a morale booster or you simply want to show...

Read More
April 10, 2021
How To Elevate Instant Ramen With Ingredients From Your Fridge

Instant ramen can be a quick and delicious meal, but sometimes you might want something a little different. If you have a cabinet full of instant ramen packets and are...